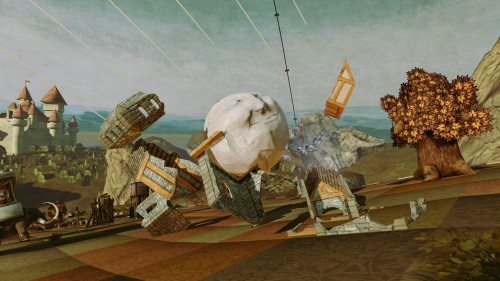 Now, let me start this article by saying this; I am not an RTS or Strategy Gamer by any stretch, the appeal of setting up little windmills and armouries, and commanding an army of tiny little people in a miniature replica of 17th century Britain has never quite been made sense of in that simplistic FPS Gamer brain of mine.

But setting up little windmills and armouries and tiny little people, and then flattening them all with an enormous f*** off boulder? Now you’re talking.

Such is the premise of the aptly titled “Rock of Ages”, a brand new RTS, rock rolling, smash ’em up combination thing from Chilean developer “Ace Team”, creators of Zeno Clash. 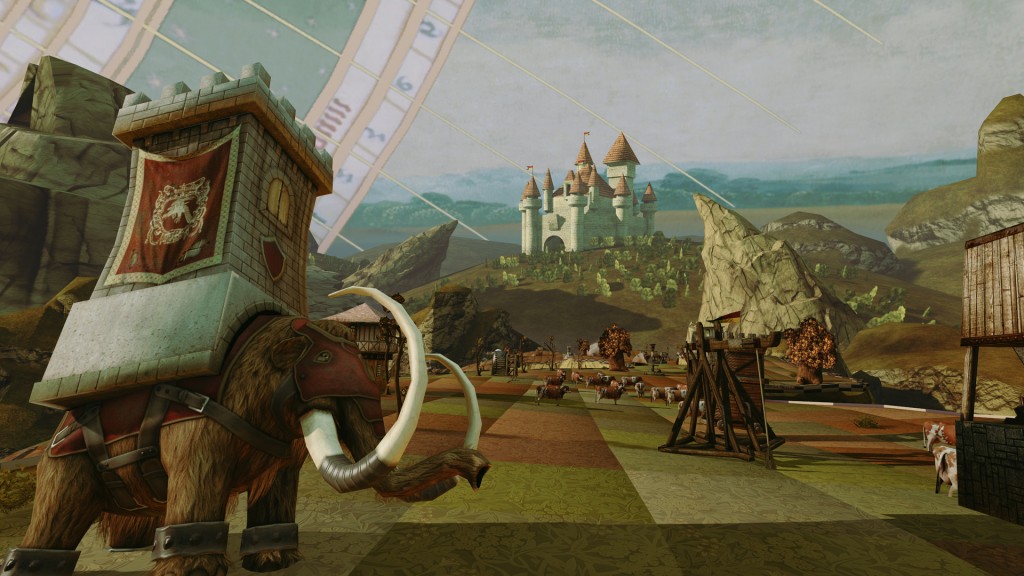 Like their previous title, art is a big part of this game, although unlike in Zeno Clash where it was just a rather lovely extra atop the generous helpings of first person punch-out action, art takes center stage, the levels changing dramatically in style as you move from era to era, with famous characters such as “Hades” and “The Plague” opposing you in their traditional appearance.

Assuming the role of Sisyphus, a Greek mythological character doomed to roll a boulder uphill for all eternity, you decide you’ve had enough of this uphill boulder-rolling nonsense, and use the boulder to break free, and escape the underworld. Thus the gameplay structure for Rock of Ages is laid out, plain and simple; roll boulder down hill, break enemy team gate, squash enemy team leader, escape. Alongside this, you must place colourful and interesting units such as elephants and catapults to prevent your opponent from accomplishing the same task, but that said, the best part of the gameplay is definitely the smashy bit, rather than the preventy bit. The game also employs other elements from chess and RTS games, but it’s polished and subtle enough that it never really sticks out. 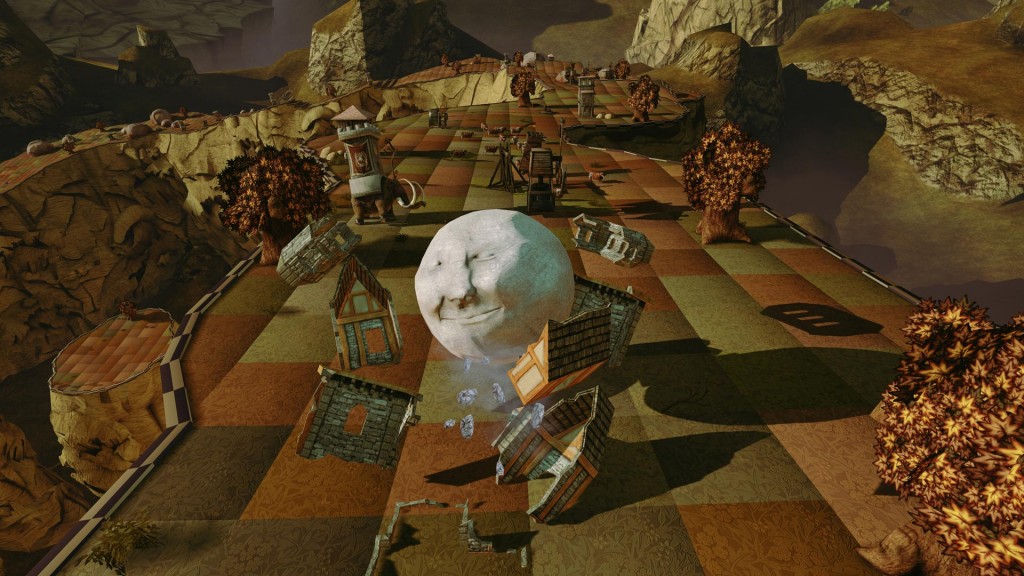 Humour comes into play a lot too; each battle is foreshadowed with a short cutscene in which 2d Bayeux Tapestry style cut-outs dance around ridiculously, in the sort of way that only 2d Bayeux Tapestry style cut-outs can, and proceedings have a rather fantastically Monty-Python-esque feel to them. These cutscenes are also rife with nerd culture references and jokes, and these are hilarious, particularly the one in which Gandalf is rather comically flattened by your boulder, during which I was reduced to tears of laughter, and almost fell out of my chair.

My only real concern with Rock of Ages is replay-value, but when a game as good as this only cost me a few bob, I really can’t complain.

Be sure to check back later in the week for my interview with Ace Team, the talented bunch behind this game.