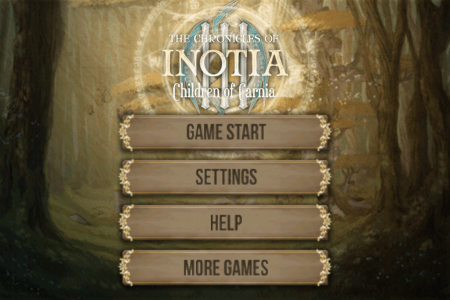 I’m pretty sure you guys still remember the chart-topping RPG from Com2uS? The second installment in the Inotia series was one of the best in the App Store, and had set the bar for its genre for the Apple handheld devices. This leads to a lot of expectations on its next sequel – The Chronicles of Inotia III: Children of Carnia. This latest installment has just completed its beta testing stage last week. Thanks to Com2uS, I’m lucky enough to be selected to join the team and test this game out! A huge thank you from me here!

Anyway, back to serious business. During the test, I have devoted around 6 hours into the game. To be honest, I’m not impressed, yet. Don’t get me wrong, I like Inotia III so far. I also got both the first and second in the series and I love them a lot. However, the third installment at its current state is still not up to my expectations, and I have HUGE expectations. 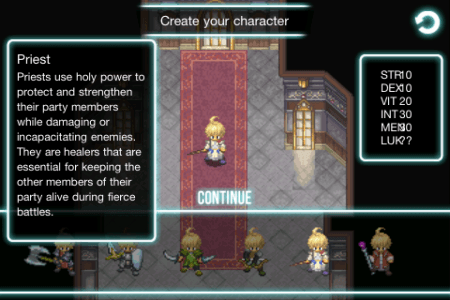 Personal opinions aside, let me give you a brief walkthrough of the game. When you first started, you will be greeted by a screen to create your character. Six classes are available to suit everyone’s fighting needs, be it a hunter that shoots arrow from far, or dual slashing assassin. As for me, my first character is a Rogue, because I simply enjoy the double slashing fun. (Yes, I wield two weapons on both of my hands; it is very deadly and assassin-like). 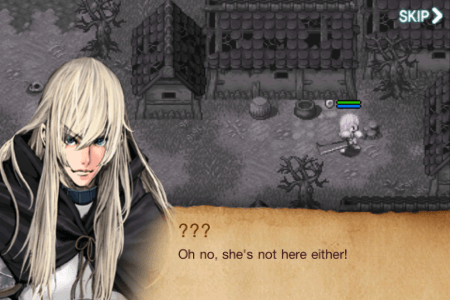 After you have made your choice, you will be greeted with several introductory cut-scenes, and then gain control of a long silvered-hair man in a sepia surrounding. His name is Lucio, and he will be the main hero in this game. Apparently he was chased by several Imp Pursuers, who have captured all his friends, including his sister, Irene. Lucio looks pretty strong at that time, and you were given the opportunity to familiarize with the combat control and test some of Lucio’s advanced skills that are full of awesomeness (like the tornado one). Sadly, you were defeated by your own sister, who is possessed by the bad guys. And, you woke up after, as a very young (and weak) Lucio. This is where the story (and the game) begins.

Like its prequels, progress is made through the main story quests and several side quests to keep you busy from town to town. Not much grinding for level is needed though, you are always at the appropriate level to fight at the map or the dungeon presented to you. Of course, you can choose to get a little higher level than the monsters to make your life easier, but that is your choice. You are not obligated to do so if you want the game to be a little bit more challenging. 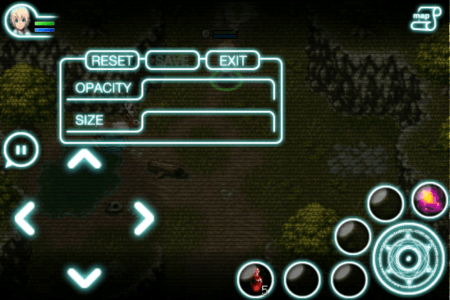 The combat mechanism very much stays the same. The party system remains, where strategy becomes an important factor when you fight monsters and bosses in the game. However, instead of getting NPCs who are a totally stranger to you through the mercenaries system in Inotia II, you will get NPC characters throughout your journey whom are relevant the plot of the game. They will be introduced to you through the main storyline, and it makes much more sense to have them in your party. (The first one will be the girl you like!). There are also other similarities with its past installment, such as the control customization, auto-save feature, music-playing directly from your Music library, etc.

Apart from that, Com2uS also brought something new to the table. Apparently there will be a multiplayer/network mode for this, but we can’t test this out. On the other hand, items available in the game are much more robust. They have included new items that brings new feature to the game. For example, you can reroll your character’s stats with the Dices, and you can also unlock skills of your party members with the Awakening Emblem. 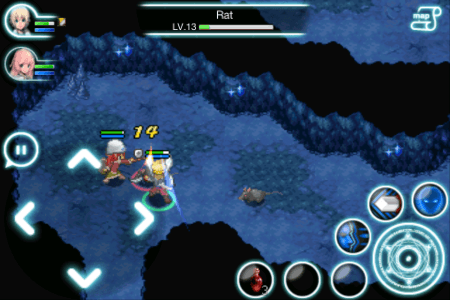 Visually, the game has gone from great to not-so-great. The game in general is looking more dull than Inotia II, not to my liking. It is probably due to the fact that I’m being pampered too much by games that look so good graphically on the App Store recently. That also means this game needs to have something special to attract attentions from millions of iOS gamers. At the moment, it’s not doing well on the graphical part. However, the menu looks great, and there are a lot more details that are visually presented, like the splashing of the pond water when your party runs on it. 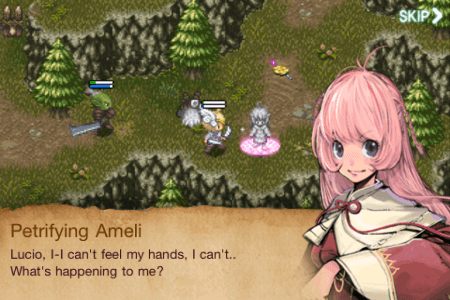 At this stage, I would say that this game is still incomplete. Much more work need to be done before it is presentable to their fans. It does have the potential to surpass its counterpart to top the chart in its genre of games for the Apple handheld devices. We are very excited about the game and are looking forward to see it in its finished form. Till then, enjoy our video preview of the game below!

(Please note that above preview is based on the beta version. This is in no means will be the final version of the game.)