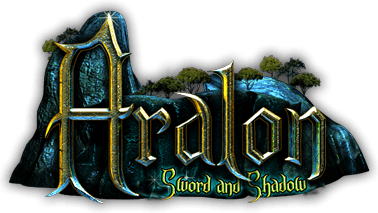 Crescent Moon Games, the creator of the award-winning western RPGs, Ravensword: The Fallen King and Rimelands: Hammer of Thor has already working for months with Galoobeth Games to bring you their latest installment. The name is Aralon: Swords and Shadow, and it will be available for both iPhone/iPod Touch and iPad. You will play the role as a unique hero and explore the land set in a pretty 3D world. Not much is known about its release date but we do hope to see this on the App Store by the end of the year. Let’s keep our fingers crossed! Till then, enjoy the video trailer. (Watch it, the graphics in this game are absolutely stunning!)

– Over 30 hours of gameplay
– Gorgeous 3D graphics and interactive environments
– Explore a massive world with different regions, a vast city, coastal villages, caverns, and castles
– Customize your character’s appearance
– 4 Character Classes: Warrior, Ranger, Rogue, and Mage. Each class has its own unique skill tree that you can develop as you choose
– 3 Playable Races: Humans, Elves, and the fearsome Trolls
– A primary quest and multiple, optional side-quests that will take you throughout the Kingdom of Aralon
– Hundreds of items to acquire and wield: Swords, Axes, Bows, Staves, Shields, and Armor, part of a Comprehensive Inventory System that dynamically alters characters appearance
– Battle various enemies that use different fighting tactics
– Diverse gameplay options including a faction system, herb gathering, crafting potions and magical items, dual-wielding, lockpicking and more
– Acquire a mount for fast travel throughout the kingdom