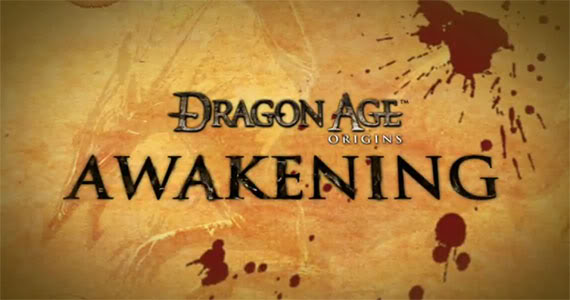 This expansion will include a completely different storyline, with five new party members and an old face making a return. As well as increasing the level cap from the previous game, adding in new skills, abilities, brand new items, and a new origin story. The expansion will also offer the ability to import your previous character from Dragon Age: Origins. However no DLC equipment or skills will be imported alongside your character, and since this occurs after Origins, you may not take your character back in time to play DLC from Origins.

The story revolves around the gray wardens and their attempt to rebuild the order after the end of the blight. However the darkspawn are not gone, and suddenly they have grown more intelligent, able of speech and planning. With new members and a new origin story, you must travel forth as one of the sole gray wardens left alive to do battle with this unknown foe known only as the “Architect”

This expansion pack to the original DA:O will run at the price of $39.99, and can be played as a stand alone title for the 360 and the PS3, however requires DA:O to be previously installed on the PC version of the game.

Personally I am quite excited about this. After playing through DA:O multiple times, playing this extension should be amazing. Plus I can’t wait to see who the returning character from DA:O will be. It’ll be interesting to see how long the story will turn out to be, and when the time comes for Dragon Age: Origins 2, or possibly “Dragon Age: The Middle,” will our choices and actions in this expansion also be reflected? Or will it be completely stand alone.