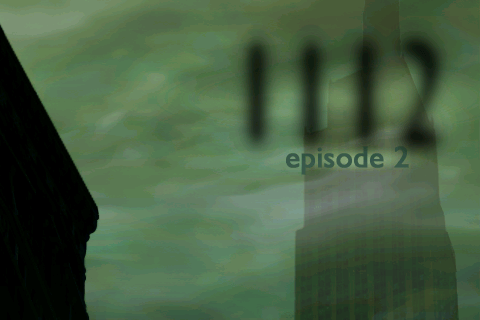 Story:
Right off the bat as you begin the story, you are shown a bit of a recap over what happened in the first episode of 1112.  Though this little bit of a recap is very vague but covers the bases in what you will be seeing in episode two.  The game itself picks up quite literally where the very first episode left off, which is a nice touch.

You control Louis who is the owner of an antique store, but has severe headaches often and sees very strange visions.  As Louis awakes he finds himself in a hotel room with zero recollection of how he got there or why he was there.  Thus begins a very muddy story of what happened to Louis, though more questions are raised than asked throughout the storyline, as intriguing as it may be.

Graphics:
One thing you will notice quite literally as soon as you load up the game from the iPhone/iTouch menu, is that the game is beautifully drawn and flat out gorgeous.  One of the first things you will notice upon waking up in the hotel room is that the rain on the outside is actually moving, pattering against the window.  This stays true throughout the adventure as the background is rarely ever static.  Each character is also very well drawn and the attention to small details are very noticeable.

Also every item that you pick up an object it enters your inventory, which there you can then view for a closer look.  In this closer examination you can turn the object and discover various bits of extra information in a three dimensional plane which looks very well done. 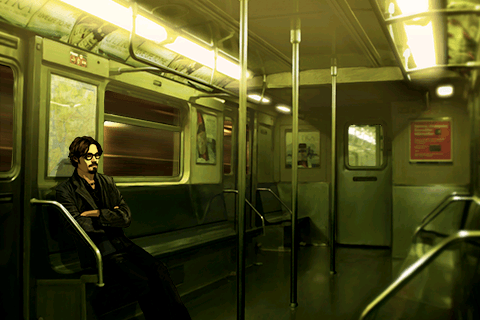 Sound:
When you have graphics as good as the ones in 1112, then of course you would have sound to back them up correct?  Thankfully the atmospheric sound and the bit of background music is very well done and each area fits well.  The various sound effects to things occurring around you and things you are doing yourself also sync up perfectly.

My only complaint is that there was literally zero voice over work for the large amount of text you will be dealing with, but a nice feature is that when you begin the game, it says that it was designed for headphones.  Trust me in saying that the headphones add to the overall experience of the game by increasing the atmosphere.

Gameplay:
As this is a point and click adventure game, the gameplay is entirely point and press. As you look through an area you will have something akin to a monocle at your fingertip which highlights areas in the environment that can be interacted with. The majority of these objects do not have an actual function in the gameplay, but it is funny to tell Louis to lick a glass case and see what he says. Also the feature of being able to zoom into the environment is a nice feature that helps with your exploration.

Beyond exploring the environment you can also find clues to what has happened by talking to the various people you meet in the environment.  While you talk to them there are a few select clues that you can talk about already set up, however during a conversation if a green word appears you can touch it and then ask said person about it.  This is a nice little feature, and the extra conversation pieces while not necessary, help to set up the story well.

Through this method you will find various items that will be useful, so try to interact with everything that you can. When such an object is obtained, there is also the option to see the item in a turnable environment, which can reveal more clues and is a nice little feature reminiscent of the first few Resident Evil games. 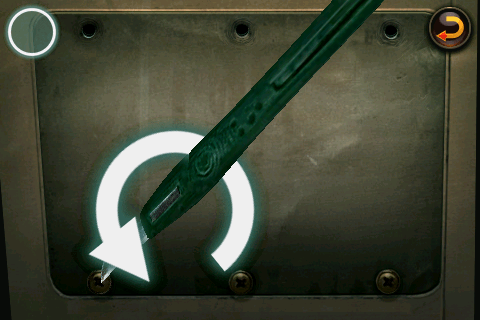 Also reminiscent of every good adventure game, are the puzzles. There are quite a few puzzles to be dealt with, most of which involve simple uses of items you have previously collected. Others use the iPhone/iTouch’s two touch system. However there is a puzzle with a bit of an annoyance.

The annoyance appears when it comes to the increasingly difficult Sudoku. Yes there is Sudoku in the game coming in three different levels. There is no tutorial for this bit and there is also no way to bypass it. Potentially one instance of Sudoku would have been excusable but when it shows up three different times it is an annoyance and feels like artificial game lengthening. Also for those who have never played Sudoku or who are simply not good at it, could be stopped dead at this part without the use of a solver.

One small bit of enjoyability though, is that the game does recognize certain motions with the iPhone/iTouch. To use Louis’ phone you must make the same action you would as if you were dialing on the iPhone. Plus once you obtain the crowbar you have the option to use it nearly everywhere, though be prepared for the consequences. 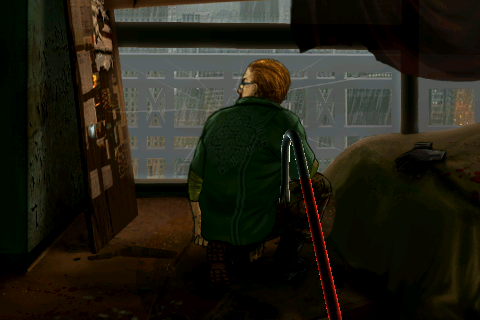 Overall:
1112 Episode 2 contains many of the features you would have seen in Episode 1, but upgraded. The story is furthered a bit but there are still plenty of questions unanswered. Throw in a few random instances that make zero sense, and a few puzzles that are irritating and you see what the game can do incorrectly. But beyond these few missteps, 1112 E.2 is an adept adventure game and most likely one of the best you will find on the iPhone/iTouch.