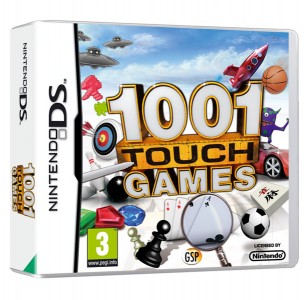 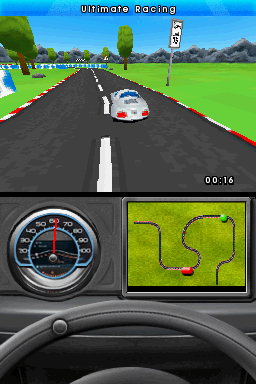 Overview:
Picture a time before broadband. A time of dial-up connections, where connecting to the internet meant a bunch of weird noises, followed therein by a rush to get what you needed to do done as you were being charged by the minute until you disconnected – just like a phone call. Just to give you an idea of these prehistoric times, a google search of ‘funny cats’ would have probably only brought up 100 results. It was a time before internet memes, and a time before flash games.

I say this as 1001 Touch Games is a real throwback to how I started playing games. Although I may now feel more at home with a controller in my palms, technically speaking, I started out as a PC gamer. Without websites like freecoolflashgamesthatarereallyreallyfun.com, little boys had to turn to the then equivalent: mini-game compilation discs. And with these 1000 game dealios, most of the fun came from sorting the good from the bad. All this time later and 1001 Touch Games holds a similar appeal. 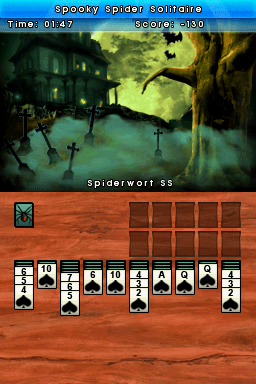 Gameplay:
Yes, the fun of 1001 Touch Games comes from finding the ones worth playing again, because with such a huge selection of games there are bound to be plenty of duds. You’ll be pleased to know, though, that the merits of the good ones outweigh the downsides presented by the stinkers. Amongst the rabble of low quality games and games you only play once are some fine games – the likes of which you see selling on their own as standalone games. Chess is just one such example. The version on this collection may be basic, but it does its job and it’s a game you could easily find selling on its own for the same price as this whole package. Then, considering it is one of many, it just goes to show the entertainment value on offer.

Before I plough on with the review though, I have a confession to make – or rather 1001 Touch Games has a confession to make: there aren’t 1001 different games available. It generates this total by including different variants of the same game; or different puzzles within the same game, such as in sudoku. Even with a slightly reduced total if you count only the individual games, it’s still surely the largest collection of mini-games on Nintendo DS. Ultimately, numbers aren’t important – and you could argue that 1001 is too many, anyhow – so where it counts is with the range of mini-games, not the figure. 1001 Touch Games certainly has range. 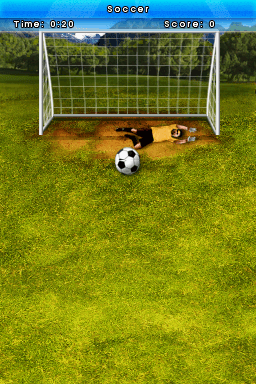 From sports games, card games and brain games to word searches, mini-sudoku, board games and all manner of match-3 puzzlers; the package has something to suit everybody’s tastes, with the menus divided into different genres of game to make finding the right type easier. Games can last for 30 seconds or less and be a one-go affair based on a popular flash game, or can last in excess of half an hour and have near enough limitless replay value. Much of the game’s replay value comes from chasing high scores as, sadly, there are no multiplayer options, although the previously mentioned variety added by game modes and game types within the same game extends the life of certain games.

Visuals & Audio:
The visuals aren’t the best, but have little bearing on your enjoyment of the game as they are easy to overlook. It’s good to see that the developers haven’t always played it safe with the same bog standard 2-D layout; some games are represented with a grainy three dimensional effect. The menus and music are both tacky, but are easily ignored or, in the case of the latter, turned off. 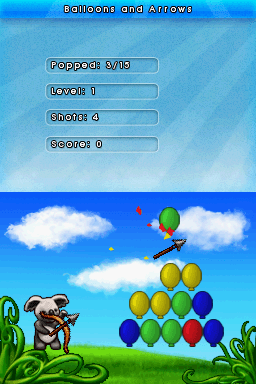 Overall:
As much as the figure ‘1001’ stretches the truth, the fact is that this package holds a huge number of games for such a small cartridge that, we must remember, is being played on a handheld machine. There may not be 1001 unique games, but it manages to achieve a decent range of game types regardless with the still-bursting number of games available. No multiplayer and a lack of online leader boards seem like real missed opportunities, as an element of competition could have extended the life of even simple darts game tenfold. Despite all being touch screen controlled it rarely stops being ‘pick up and play’ as it’s always simple enough to work out for yourself. Some games are awful, though this was a given, and the sprinkling of new-fangled classics and timeless games you are familiar with means, after all this time, it’s still fun to go through the reams of games to find your favourites. And if all that doesn’t win you over, a reduced price point coupled with the quantity of games makes it great value for money.