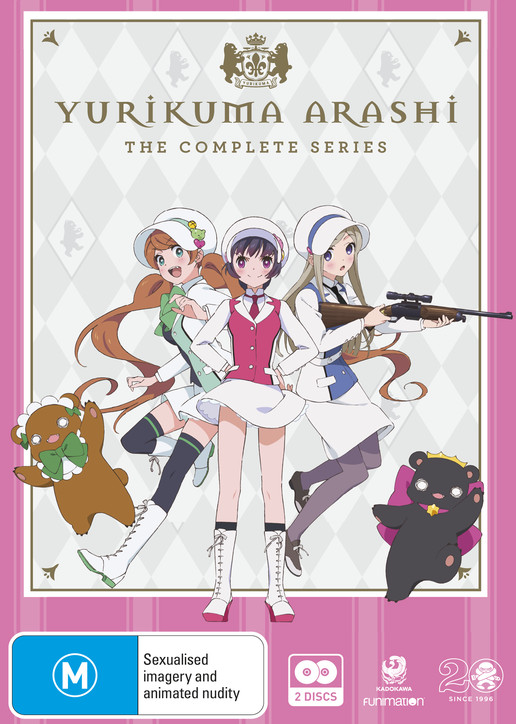 Kureha is a 16-year-old student at Arashigaoka Academy and is in love with her classmate Sumika. The two meet in private at lunch time one day and share a kiss after affirming their love for each other. A bear warning is made on the same day, meaning  that bears have entered the human world. The human world and the bear world are separated by the Wall of Severance, but this is evidently still in construction. Two bears named Lulu and Ginko are granted yuri approval by the three Life Judges, allowing them to cross over into the human world. Lulu and Ginko are not only interested in eating humans like the other bears are, however; they are looking for Kureha. 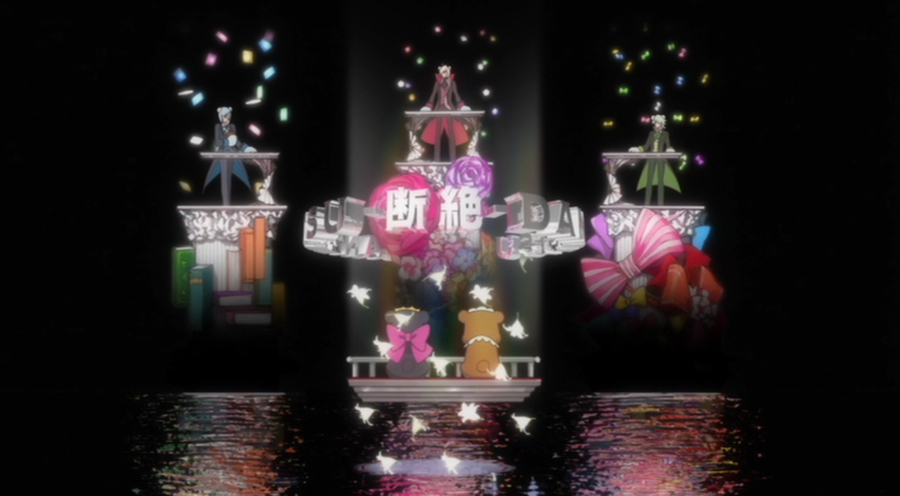 Kunihiko Ikuhara is a name that is familiar to many anime fans, and for good reason. Following a long gap after his previous anime production, Mawaru Penguindrum, he has finally returned with the extraordinarily beautiful and deep series Yurikuma Arashi. There are three ways of translating the title into English: it can be translated as Lily Bear Storm, Lesbian-Bear Storm (Yurikuma Arashi) or Lesbian Bear Storm (Yuri Kuma Arashi). It could be taken to mean that there is a storm of homosexual bears or that the humans are homosexual and faced with a storm of bears. In actuality, all of these options are correct, and therein lies the first piece of evidence of Ikuhara’s creative talent. Ikuhara has previously stated that he prefers to leave certain things up to interpretation, and the title is just the first ambiguous element of this series. Some things are more clear than others, but understanding that the type of lily flower prominent throughout the series is symbolic of purity and innocence will make things a little easier to interpret. People unfamiliar with Ikuhara’s work should note that his works are rich in symbolism.

Important moral issues present in the real world make their way into every episode. During the private meeting between Kureha and Sumika, Kureha says that the two are doing nothing wrong, which is true. This is the first indication, however, that homosexuality is frowned upon and looked at with contempt in this world, much like it is in many places on Earth. The concept of ‘othering’ exists in the bear world too, but the homosexual bears make no attempts to hide their sexual aggressiveness. This specifically applies to the homosexual bears only; the heterosexual bears are not depicted in this way. The bears that have made their way to the human world eat girls off-camera, whatever ‘eat’ may mean. They also do anything between coming on to and attempting to sexually assault girls, or mostly Kureha. There is some evidence to suggest that the eating is literal, but it can reasonably be interpreted as being sexual in nature. 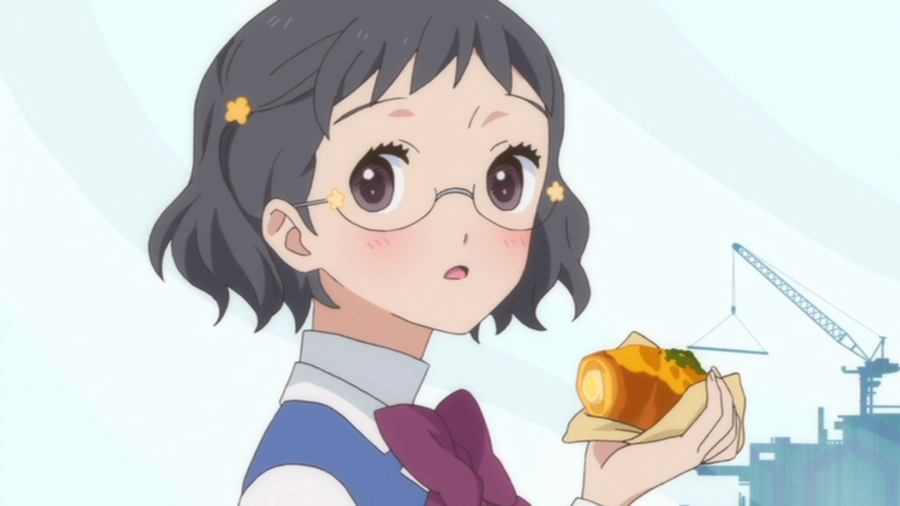 There is a significant reliance on flashbacks, most of which are to events that took place prior to the chronology of this series. They make it easy to feel sympathy for the two main bears and round out Kureha’s character as well. However, attempts to make the viewer sympathetic to Yuriika utterly fail during her final scene. All bears in the human world other than Lulu and Ginko are represented negatively, as are the members of the Invisible Storm. The Invisible Storm is a group of school students who ‘exclude’ people they deem to be ‘evil’. ‘Evil’ is defined by them as someone who is morally corrupt, which brings to mind the definition of insanity used against women in the 19th century. The apparent moral corruption in this case is homosexuality, even though some members of the Storm are repressing their own homosexuality for fear of being seen as evil themselves. Ikuhara presents an unusually brutal but realistic portrayal of how society views homosexuality and how people are shunned by society and even their own classmates based on their own preferences and beliefs.

The sexualisation of girls in anime is a serious problem, but this is one of the extremely few cases where the inclusion of nudity and sexualised imagery is actually for the purpose of legitimate storytelling. It is mostly used here for symbolic purposes; the ‘yuri approval’ scenes are perhaps the best example of this. There are two levels of symbolism in these scenes: the strong sexual connotations of what Lulu and Ginko are doing to Kureha’s phallic ‘flower’ and the lily flower itself. One scene, however, does away with all symbolism and briefly depicts two students engaging in a sexual act with their clothes on. The real problem is the bears, who can make themselves look like humans. One scene depicts a bear, who shall remain nameless to avoid spoilers, attempting to rape Kureha. The sexual assault is completely unnecessary and could have been entirely avoided given that bears are otherwise never directly shown eating a girl. The nudity itself is never explicit, but this does cause the unfortunate problem of making it seem as if the girls do not have nipples, which blatantly ignores human physiology. Some sexual content could have been avoided, but overall, the sexualised imagery and nudity does not diminish the quality of the series. The quality of the artwork is fantastic, the scenery is beautiful and the animation is great. A lot of effort goes into each shot, so it is worth paying attention to everything little detail, even if it is a seemingly irrelevant part of the background. 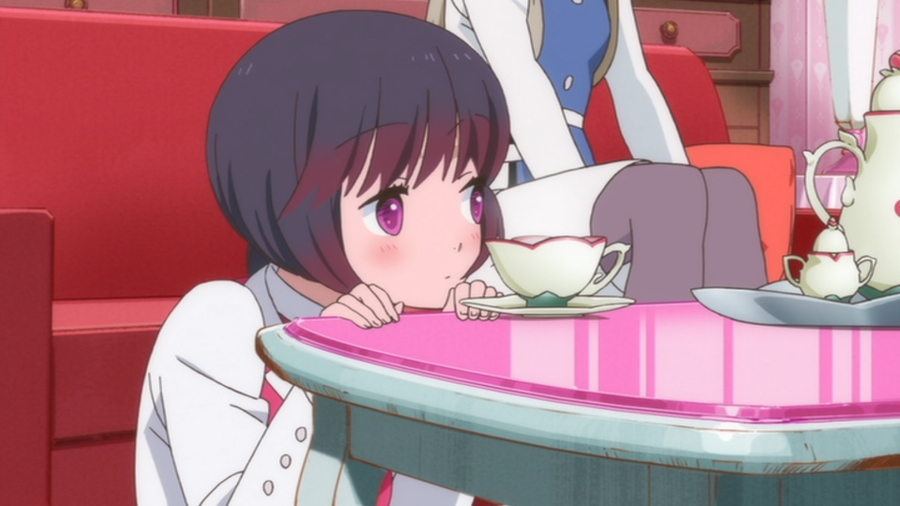 The opening theme song is fitting for the series. The music is gentle and the vocals are even softer, creating an almost sensual feel to the song. The lyrics are particularly well-matched to the story as well. The only downside about this song is that FUNimation made the decision to leave the French lyrics untranslated. The ending theme song is a more typical J-pop song, but it is not bad on its own. This song does not match the feel of the series, however, and for that reason its presence is questionable. The background music can be slightly unusual at times, but it suits the series. The voice actors are all convincing in their roles in their English dub and are easy to get used to.

As well as episode commentary, promotional videos, TV spots and the U.S. trailer, the textless opening and ending animations are included. There are four variations of the textless ending animation, all with the same music. They all feature a small animated bear in the bottom right corner, but all four versions are otherwise nothing more than a camera slowly zooming out to reveal a single picture. Viewers could simply skip to the end of these sequences and not miss out on anything except for the music. 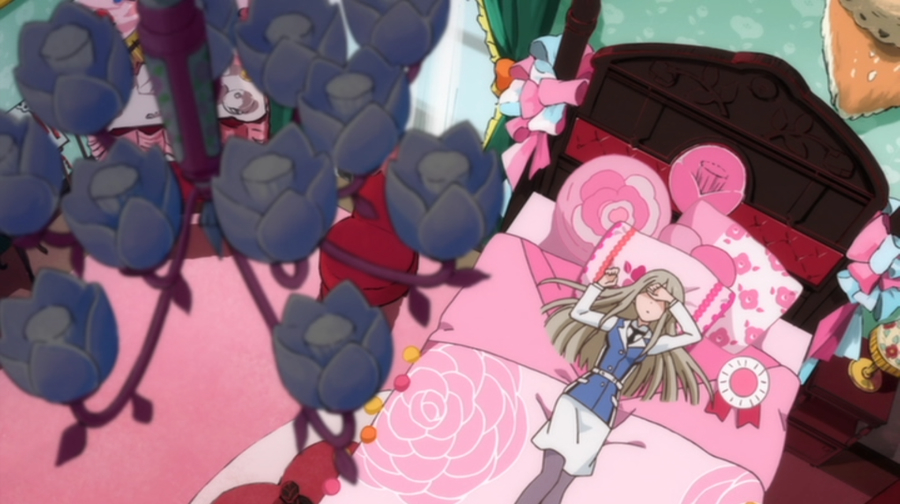 Yurikuma Arashi is a powerful series that is filled with deep symbolism and real-world themes that are combined to tell a beautiful story of love and betrayal. It is an extraordinarily well-written critique of homophobia, repressed desire and societal oppression, as well as a celebration of homosexuality. There is very little like this, making this series a real gem. It may have a limited appeal due to its niche qualities, meaning that it will almost undoubtedly become a cult classic at best, but it is absolutely worth checking out if you are a fan of Kunihiko Ikuhara’s work or shoujo-ai stories in general. 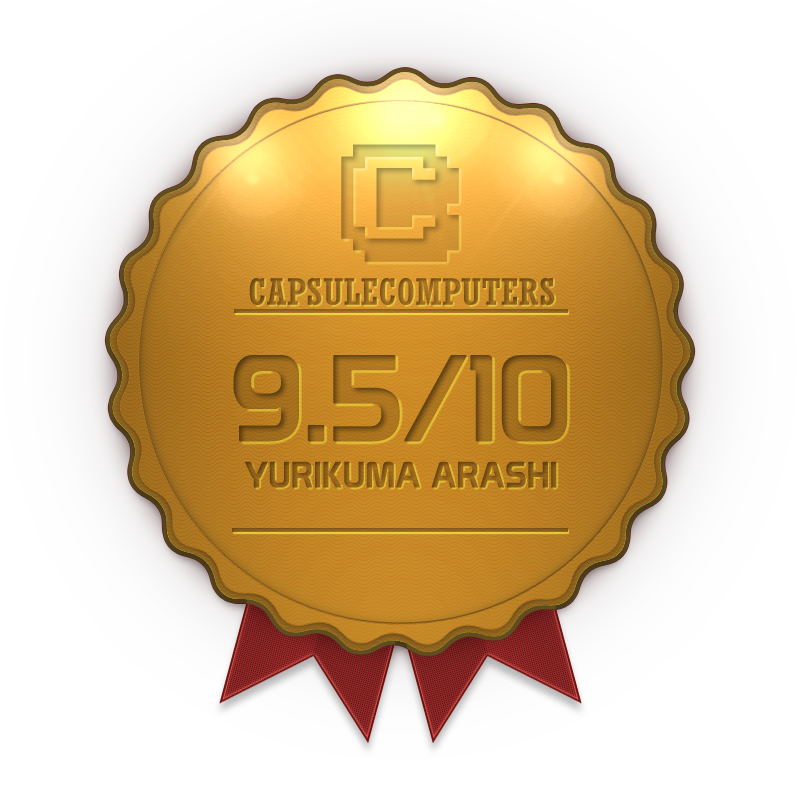 Yurikuma Arashi is a beautifully deep series that presents powerful critiques on society's view on homosexuality.
9.5