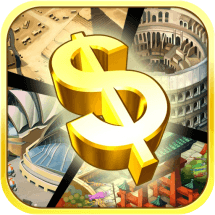 Finding money on the street is fun. TopGameFree attempts to recapture the joy with their new game Where’s My Dollar. Inspired by Where’s Waldo, can TopGameFree bring joy to players everywhere?

The beginning of the game starts with a letter requesting the player, a detective, help the banker Dr. Za. He has lost his set of US dollar bill proofs through his travels and now hires the player to seek out the dollar bills scattered around the world. The story is there just for some mild backstory. 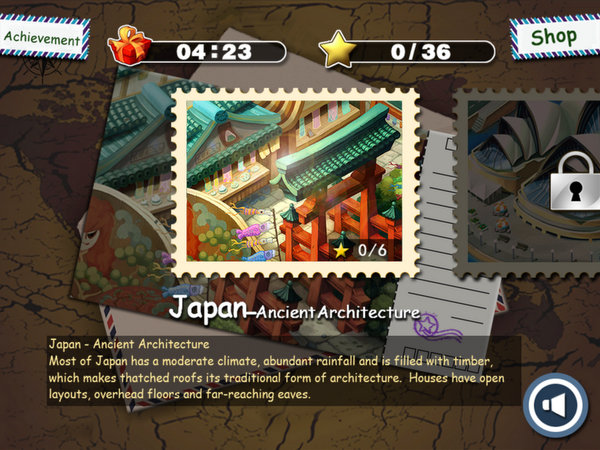 Where’s My Dollar is a hidden object game similar to the Where’s Waldo series of books. There is only one type of hidden object to find which are dollar bills. The game is spread across 12 levels with six locations. Considering each level needs to be completed in only a few minutes, the length of Where’s My Dollar is very short. Dollar bills are scattered around the background in various places. The difficulty of finding the dollar bills range from extremely obvious to next to impossible. Although the game advertises the positioning of the dollar bills as “all random” which is only partially true. After a few levels, players will discover there are 40-45 possible places that the bills can be randomly scattered to. Once the positions are memorized, the game becomes ridiculously easy. Unfortunately, to memorize all of those positions, players will have to burn up several magnifier abilities to find the next to impossible hiding spots. To worsen the problem, the game constantly blows leaves and clouds of fog throughout the level. These disruptions not only block the view but make it impossible to click on bills that are even partially covered by the clouds. The fog and leaves are frustrating and rather pointless, especially since there is a fan power up to blow away the fog and leaves.

The game initially comes with a couple fans, magnifiers, and stop time power ups. Use them all up and you will need to pay real money in the form of an in app purchase to get more. Alternatively, players are forced to play the game for several minutes for a random power up. As each time a power up is collected, the time required to play the game before earning another random power up grows. What irks me the most about Where’s My Dollar is the fact it is designed to frustrate the players into making an in app purchase. The fog clouds and leaves can be completely removed from the game, as long as players are willing to fork over five dollars to get unlimited fan power ups. Another five dollars for infinite magnifier power ups that will turn the game into a pointless mash the magnifier button mess. Where’s My Dollar is a shining example of in app purchases gone wrong. 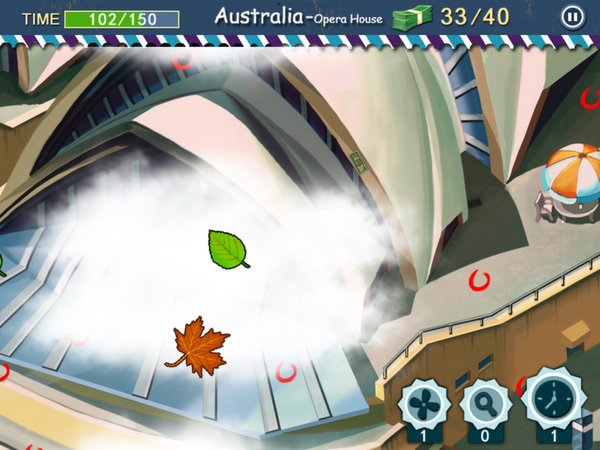 The controls for Where’s My Dollar is not much better than the rest of the game. Dollar bills are extremely small and the hot zone where they can be picked up is just as small. On top of this, there are problems relating to the fog clouds and leaves blocking the bills from being tapped. In the end, tapping bills is more of a hit and miss sort of affair. This would not be a huge issue if it was not for the fact missed taps that are not blocked by leaves or clouds are penalized by knocking two seconds off the remaining time for searching. To get a good score, dollar bills must be tapped in quick succession for bonus points, therefore the hit or miss controls make the game unnecessarily harder than it already is.

The camera controls also need work in Where’s My Dollar. The default level of zoom is fine for the most part, but it is impossible to zoom the camera out and hold it there. To view the play area zoomed out, players need to pinch the screen and hold it there. Once the player releases the pinch, the screen snaps back to the regular level of zoom. I found this particularly annoying since zooming out to see the larger picture is extremely helpful for finding the last few missing bills. Overall, Where’s My Dollar is short and repetitive with poorly implemented controls that tries its best to push in app purchases on the player.

Where’s My Dollar has some beautiful backgrounds to search for dollars. The art style reminds me of the hand drawn children’s books that I used to read in kindergarten. Unfortunately, the backgrounds are extremely lacking in quantity. There are a total of six backgrounds to stare at with two levels each. Although at default zoom the backgrounds look fine. But zoom up close in an attempt to find dollars and you discover pixelization and blurred images. Sadly, the images are only optimized for the default level of zoom. 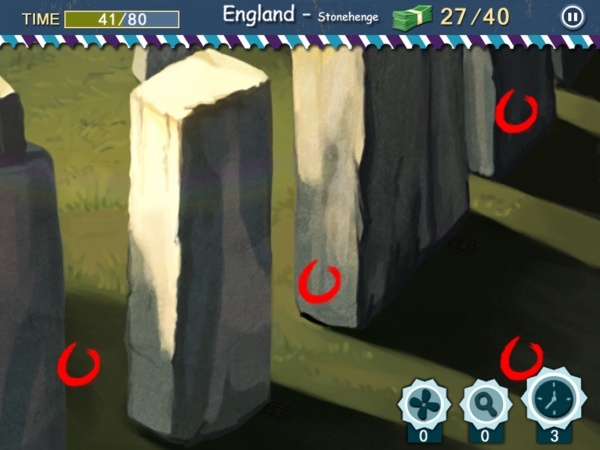 The level of difficulty the dollar bills that are scattered around range from too obvious to next to impossible to find. Some bills are so dark they are barely noticeable as dollar bills are then hidden in shadowed areas so dark that if the screen’s brightness is too low, it is practically impossible to find without the assistance of a power up. Worse off, some bills are improperly clipped, displaying only half a bill when there is nothing in the background that would warrant half a bill sticking out. A good example is the Stonehenge level where there is the odd half a bill stuck to the front of a stone pillar. Unfortunately the only good thing about Where’s My Dollar’s visuals is the background and it is extremely lacking, capped off at six different backgrounds. Where’s My Dollar is extremely disappointing in the visual department.

The audio is not impressive at all. The sounds are the same three sound effects used over and over. Most puzzling of all, when a dollar bill is found, the player is rewarded with the sound of coins clinking. The music department is not much better. Each level has its own theme song, but the player is only able to listen to it for the first ten seconds of the level before the music cuts out, leaving the player to seek dollars to the sound of the wind blowing and silence. The main theme song is the only song players are able to listen to for more than several seconds at a time in the main menu. However the main theme song sounds eerily familiar to a certain popular video game series on the Nintendo family of consoles. 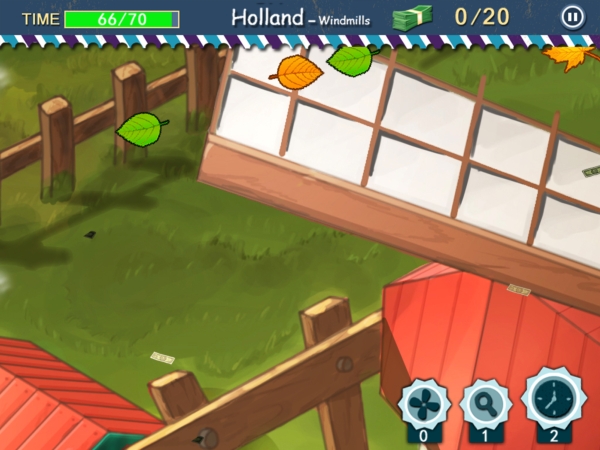 I would have a hard time recommending Where’s My Dollar even if the price of entry was free, versus the $0.99 it costs to purchase the game. Where’s My Dollar is a repetitive game clearly designed to frustrate players into purchasing the in app add-ons. The controls are inconsistent at its best but are sketchy most of the time. Although the backgrounds are beautiful, there are only six of them yet there are 12 levels to play. The backgrounds get old quickly. The sound is nothing great either, the music is literally lacking as players spend a majority of the game in silence and the sound effects are repetitive. There are many 100 percent free games on the App Store more deserving of your money than Where’s My Dollar.