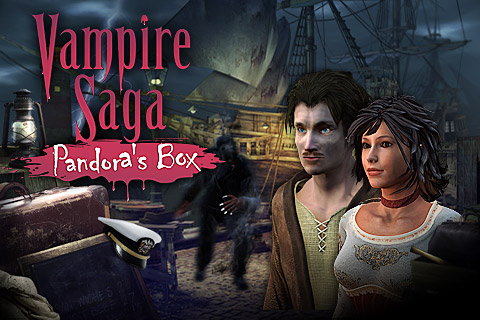 In Vampire Saga: Pandora’s Box, you start out as Tye, who receives an unnerving phone call from his Grandfather in which his Grandfather admits he’s killed someone. The mysterious phone call worries Tye, who sensing his Grandfather is in trouble, immediately rushes to his aid. And so begins this hidden object, point ’n’ click adventure. It all sounds very fun and exciting, doesn’t it? Well, believe me, it’s not. With no voice acting and a small cast of characters, the aforementioned story is about as dramatic as a phone call from telemarketers. In an attempt to build tension, your character enters a monologue at regular intervals. Although the action of talking to yourself in-game can provide useful hints and subsequently, help you move onto the next stage, it’s overly dramatic, and instead of heightening tension and adding to the story, it just turns it into a joke. The story is almost a case of ‘so bad it’s good’, as the monologues are so over-dramatised, it’s amusing.

But after you exit the first “cutscene”, which is in actual fact just a series of still images with some text scrolling along, things start to look up. You arrive at Granddad’s house and are greeted by an intricate and detailed art-style. However, this is also too good to be true, because when you start to zoom in and look closer at certain aspects of the game as you try to complete your objectives, the once visually impressive world goes blurry and grainy. Even the simplest of objects become hard to make out, which can leave you in real trouble during the resource-gathering sessions. These fairly routine equipping sections of the game are not only hindered by these visual problems, but also by the fact that the screen is so cluttered with items in these sections. As you struggle to decipher the various objects from one and other, you quickly resort to randomly tapping the screen, meaning these sections are unnecessary. Additionally, given the their regularity, they soon become frustrating and pointless tasks. 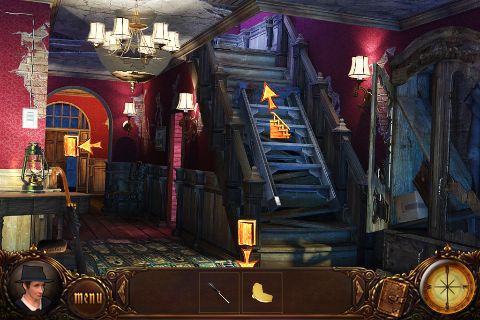 However, we can’t blame all the problems of the item equipping sections on the visuals. Part of the problem is the manner in which you are thrown into the game with no tutorial; you are simply expected to pick up the controls instinctively. This, in turn, leads to other problems on other puzzles, such as when you have to pick the lock to Granddad’s house. Thoughtfully, the developers have included a ‘skip’ function, a feature owners of the game will be very thankful for when meeting these irritatingly impossible puzzles.

Once you’ve made it into the house, the game does start to pick up. Suddenly, the game starts to link together and you start gathering items to solve the corresponding problems, clearly and easily. When you talk to Granddad, it gets even more interesting; you are teleported to a ship full of mysteries in a flashback-esque manner. From here on, you play as Granddad but a great deal younger, unravelling the secrets of Pandora’s Box, and discovering the events the transpired in the past, which have led to the occurrences of the present. This part of the game provides more enjoyment than the previous section; the puzzles get better and events clearly lead on to one and other in a smooth transition. That said, the title still suffers from serious pacing issues, and is frustratingly slowed down by frequent hidden object gathering sections. 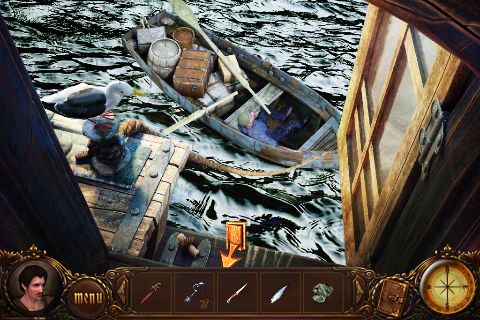 Overall, Vampire Saga: Pandora’s Box for the iPhone is a bit of a disappointment. From the screenshots it looks graphically impressive, and, with it’s hand-drawn art-style, it is. That is until you delve deeper into the game and are suddenly expected to find objects amongst the cluttered mess. Also, with little or no animation throughout, the gameplay is about as static as the screenshots. There is some decent hidden object/point ‘n’ click gameplay to be found, although it requires near-inhuman levels of patience, and the ability to persist through the numerous frustrating sections, in order to get to the good bits. There is some enjoyment to be found, as demonstrated by some of the well-transitioned puzzle-solving aspects, but having to grind through so much irritation is a tall ask for a medium that’s supposed to be entertaining.