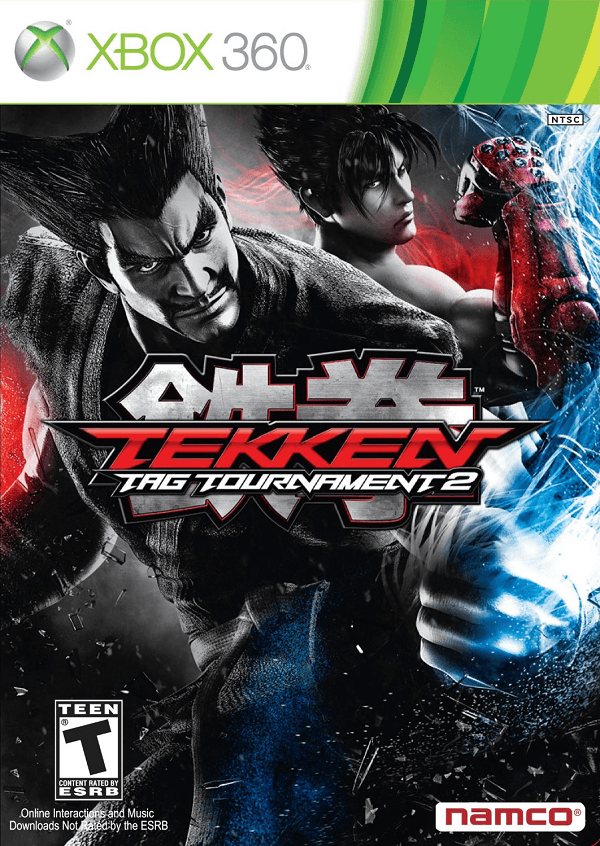 Story:
Fans of the first Tekken Tag Tournament may recall that the game was absolutely devoid of a story mode, with even the most simple arcade fights being nothing but a series of unstructured fights. Well… that has been partially retained in Tekken Tag Tournament 2, but rather than having barely any storyline, every character in the massive roster actually has an ending cutscene in the arcade mode, usually involving something completely nonsensical or comedic. 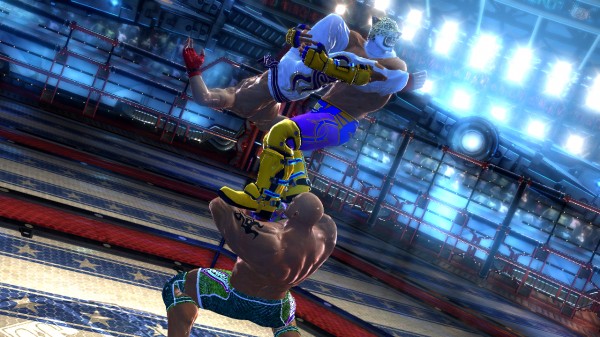 Plus, Tag Tournament 2 features a new mode titled Fight Lab, which will be discussed momentarily as far as gameplay goes. This Fight Lab sees players taking control of a personal Combot who is being created and trained by the eccentric Violet. As players make their way through various chapters in the Fight Lab there are a few little snippets of a story here, though it mostly revolves around the oddball Violet harassing his secretary. Ultimately this means that there aren’t large overarching storylines here, but what is provided is rather hilarious and enjoyable for what it is.

Visuals:
If you thought that Tekken 6 was visually impressive than you will be quite surprised to learn that Tekken Tag Tournament 2 does a rather nice job improving on what was already seen as outstanding visuals. Most stages that the player chooses to fight on are varied well enough (some being quite outlandish) and are visually pleasing. To top that off, a number of them feature a few breakaway areas where the fight will continue in a separate area from where it began. 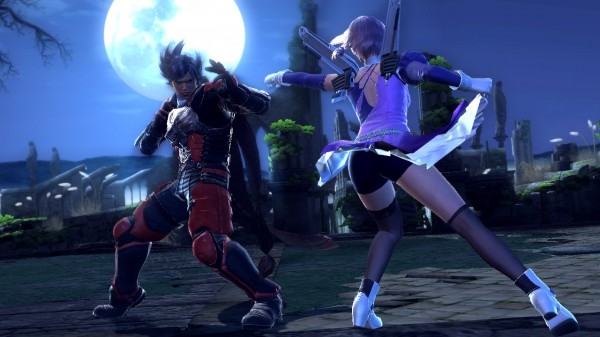 As far as the characters go, Namco Bandai’s team has outdone themselves this time by increasing the level of detail on most of the complicated characters. Considering how many characters are packed into this release and the amount of customization which will be discussed shortly, the design of each fighter is rather impressive.

Audio:
The minor voice acting for the cast of fighters is standard in quality and they all sound the same as fans will remember, though Violet’s voice actor really helps sell his eccentric character. Now as far as the fighting music is concerned, there is your standard collection of fast paced techno music which is absolutely wonderful to fight to. Players can even customize the songs that will play during each stage via the Tekken Tunes menu, allowing them to choose the best music to pump them up for the fight.

Gameplay:
Those who have played Tekken 6 already will be familiar with a number of aspects which are worked into Tekken Tag Tournament 2’s main fighting style, such as the Rage system which allows for a fighter to receive a boost in strength once they have lost a certain amount of health, the air juggling, blocking and everything else that made the series great. What is interesting with Tekken Tag Tournament 2 is that not only has the rage system been modified to work with two characters, but the whole game has been revamped to combine the aspects of tag team fighting. 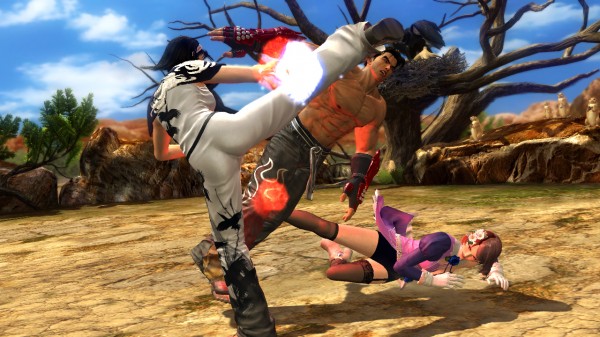 Interestingly enough, Rage in Tekken Tag 2 still activates at random times, however it will occasionally activate sooner or later depending on whether your selected tag team actually likes their partner. While this does put a bit of a damper on players putting together two of their favorite characters who happen to hate each other, this is a rather interesting re-working of the system based on past character relations.

As mentioned before, there are a number of new abilities players can use a number of special attacks that are only possible with their tag partner, such as tag throws, tag crashes and tag assaults which allow players to perform lengthy combo attacks while safely switching between fighters, in fact tag assaults can even allow both of a player’s fighters to attack at the same time. 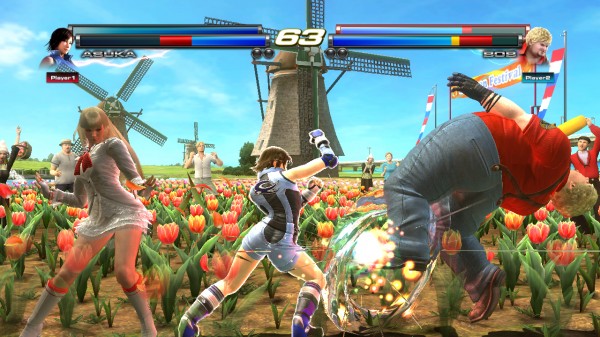 If this sounds a little bit confusing, don’t worry too much if you happen to be a newcomer to the Tekken franchise. As mentioned earlier, Namco Bandai has created the Fight Lab mode as an extended tutorial which goes over a number of the game’s more complicated systems in an easy to understand way, though it is entirely possible to hit a wall during practice which will halt your learning entirely which will be frustrating for newcomers eager to learn more, but stuck on one move they simply cannot manage to pull off.

Outside of the Fight Lab mode and the aforementioned Arcade mode, there are a few of your standard inclusions such as a Versus mode to take on computer opponents or a friend on the couch, team battles, survival, time attack and your standard training exercises. One thing that is quite interesting is the fact that players can also play a mode called “Pair Play” which allows four people to play at one time, each one taking the role of one fighter and tagging in and out with their partner as needed. This mode is an absolute blast to play with friends and helps get more people into the game at one time. Unfortunately most of the offline offerings are bare-bones outside of Fight Lab and the moderately enjoyable Arcade mode. 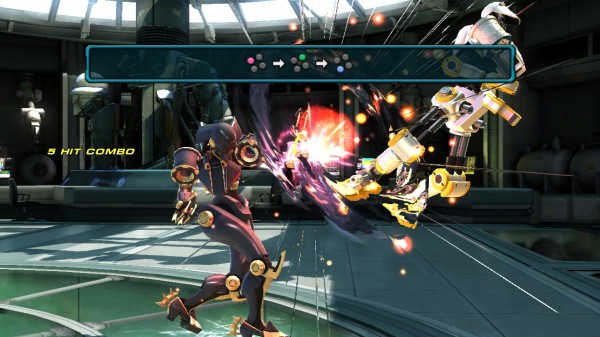 It is worth noting that despite the fact that there are an outrageous amount of characters to choose from in Tekken Tag 2 (literally every character ever in the franchise minus a certain little yellow dinosaur), the game seems balanced well enough if you know what you are doing. It does seem however that some tag assaults can be quite brutal as the amount of juggling that can be pulled off can make a fight almost one sided.

Speaking of balance, there is also a way for players to fight against a tag team as a solo fighter. The way this is balanced out is that the solo fighter will initially be placed into rage mode, giving them a bit of an edge over any standard solo fighter and placing the fight on equal ground.

When a player takes his skills online he will find a rather slim selection of modes to choose from, with your standard ranked and unranked matches being the only thing to choose from. This is quite strange and a bit of a letdown considering the fact that netcode for Tekken Tag 2 works very well as nearly every fight went smoothly.  It is worth noting however that to enter into any online fights, the player will need to input an online pass first, so heads-up on that regard. 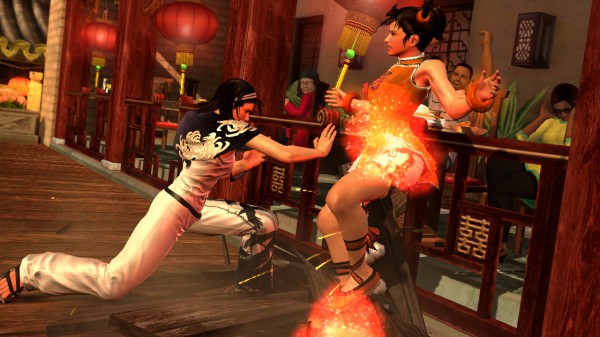 While there are a huge amount of characters to choose from, there are also plenty of ways to customize every one of these characters as well. Players will be able to deck out their favorite fighters with everything from standard outfits to completely off the wall outfits. There are even a couple of items which can be used as a weapon in the fight itself which makes customization not only a side-project but a way to spice up your fight.

Overall:
Tekken Tag Tournament 2 takes what was laid out by its predecessors and improves upon it by offering not only one of the favorite modes that gamers have missed, but  by doing it so well. While nothing too new outside of the Fight Lab has been added, Tekken Tag 2 feels like the culmination of everything the Tekken series has been, minus a story and fleshed out online options of course. Ultimately this does feel like a bit of a loss however, as while there are a number of enjoyable single player options, online mode is pretty much the only option for you to find extended play. As it stands, with the entire Tekken roster to choose from and customize, tight combat mechanics and a smooth online mode Tekken Tag Tournament 2 provides a rather satisfactory experience, though one lacking in offline options.