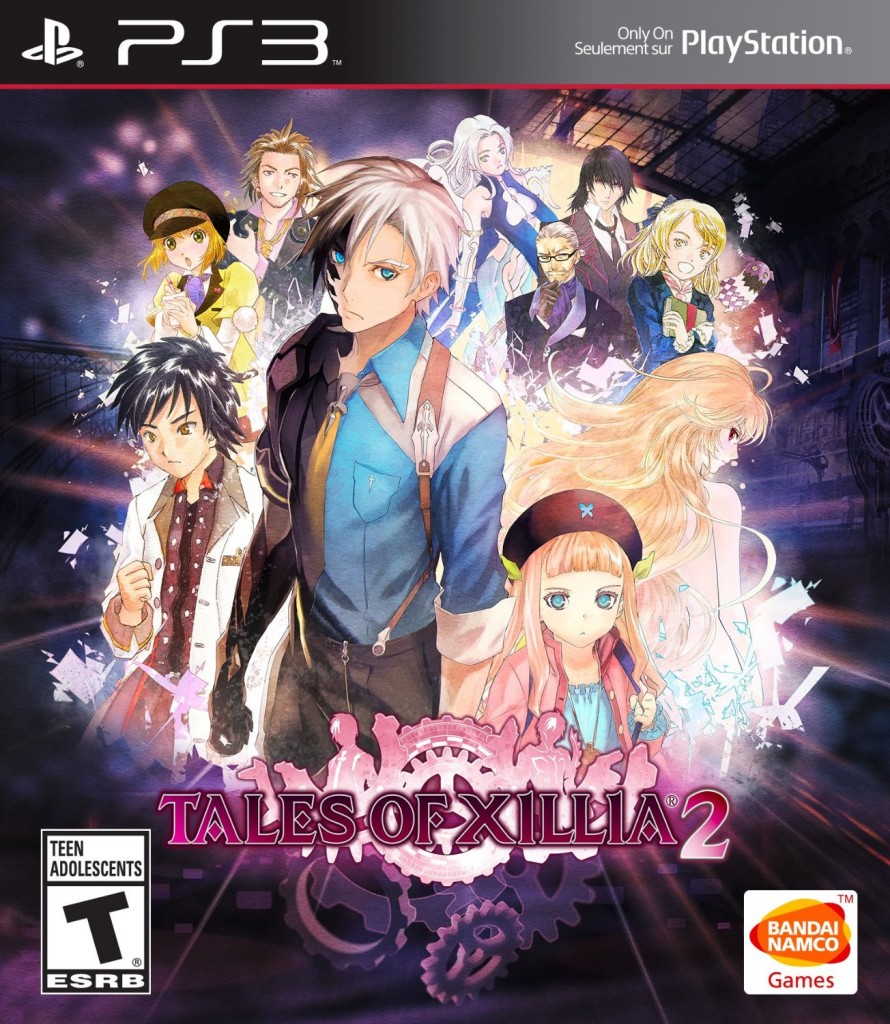 Overview
Creating a direct sequel to any RPG can be a difficult endeavor. Not only will fans be upset if the storyline in the sequel damages their impressions of the first game, but they will also be disappointed if the game doesn’t offer anything new. Bandai Namco has experienced something like this in the past with Tales of Symphonia’s sequel, but they are trying again with Tales of Xillia 2. Being a direct sequel, is Tales of Xillia 2 worth your time or is it an RPG that should be left alone?

Story
Tales of Xillia 2 takes place roughly a year after the ending of the first game and players take on the role of Ludger Kresnik, a generally silent protagonist who, through unfortunate circumstances, meets with a young girl named Elle who is seeking the Land of Canaan. After surviving a devastating attack with the help of a returning character from the first game, Ludger is saddled with a massive debt and learns that the world is suffering after the events from the first game. 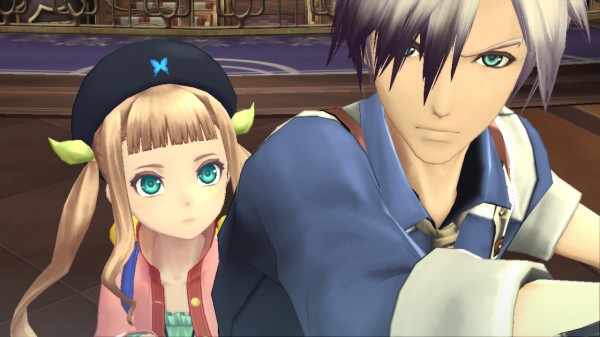 Numerous alternate dimensions have begun appearing and are wreaking havoc on the dimension Ludger lives and the only way to seal these dimensions off is to destroy them. On this journey Ludger and Elle end up meeting with and recruiting the cast from the original game, making these two the odd couple as fans of the series should be very familiar with the rest of the cast at this point. Especially in the case of Ludger, whose silent nature is a far different approach to the standard Tales protagonist.

Despite this, Ludger manages to grow a little on the player, thanks to the fact that many times throughout the game players will be prompted to pick from two different dialogue or action options, allowing them to make Ludger act how they wish, even if it doesn’t really doesn’t make up for the fact that he comes off as a bland lead character. In fact, his few saving graces come from his interactions with Elle.

Instead the best part of Tales of Xillia 2’s storyline comes from the fact that the original cast returns and all of them have grown, both physically and mentally, over the past year and thanks to this, Xillia 2 feels like a proper continuation rather than any simple standalone game. Players will be able to learn more about their favorite returning characters and there have even been special character specific loyalty missions included in the game that helps develop each character and open up their relationship with Ludger. 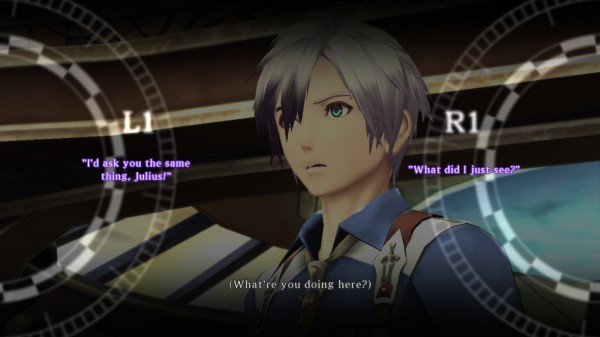 Although Ludger may not be the most enthralling lead in a Tales game, his interactions with Elle and the return of the old Xillia cast make up for his faults as the group must travel through a notably darker storyline than the first game. Even though it might take a few hours to actually pick up the pace, there are some surprising plot twists and revelations occurring throughout Xillia 2’s story that not only leave the events of the first game untouched but properly expand the Xillia story, making it hard for players to pull away, even if a certain game mechanic will make it difficult to continue at times.

Gameplay
A large portion of Tales of Xillia 2’s gameplay has remained unchanged and in the case of the game’s combat system, that is a good thing. The original Xillia contained an enjoyable battle system that managed to capitalize on all of the strengths that past Tales games’ fast paced mechanics while adding a unique flair. Players will still actively control the action as it unfolds on the battlefield with the player being able to directly attack and use special Artes (skills) and link up with other fighters to unleash powerful attacks while supporting one another allowing for fluid combat that is some of the best you can find in a JRPG. 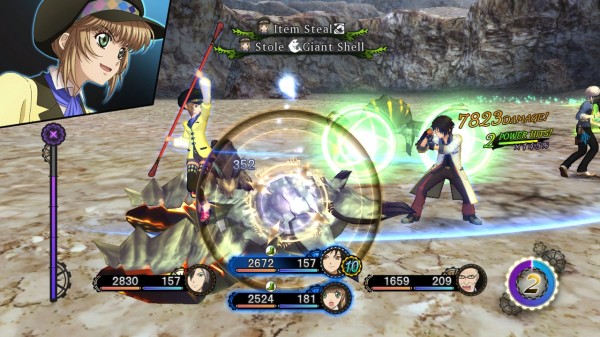 It is worth noting that Ludger does bring a few new elements to the game’s combat system. He happens to be a man of many talents and this allows him to swap between weapons in the middle of combat. Ludger can wield dual blades, a sledgehammer, and pistols and each of these weapon styles comes with a unique set of statuses and Artes that can be used to exploit enemy weaknesses. He also can wield a special ability that, once a meter is filled in battle, allows him to deal large amounts of damage to enemies whenever he is transformed.

The way characters gain abilities has also been changed in the jump between games. Players will now be making use of the Allium Orb system. Allium Orbs contain a pre-set set of skills that grow stronger over time and provide the player with new skills as they advance through the game. While players still have a bit of control over how their characters will progress in level, the new system does not allow quite as much customization as many players would prefer, as you might miss out on certain Artes if you don’t pay attention, especially since the Lilium Orb system allowed for better player choice. 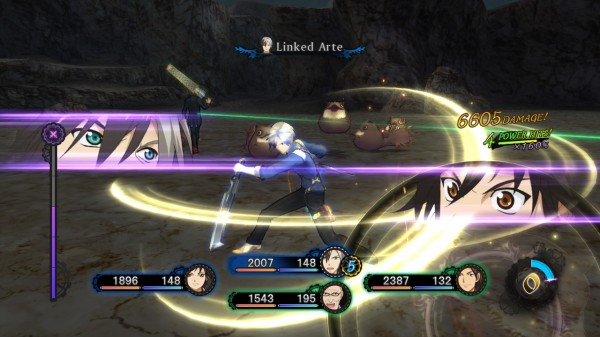 Now before I mention a certain issue, I will say that there are a ton of things to do within the world of Xillia 2. Not only are there numerous side-quests to complete, including the aforementioned character storyline ones, but there are plenty of optional areas to explore and the adorable “Kitty Dispatch” system to manage. You see, a hundred cats have been spread around the world and as you find them with the help of your own cat Rollo, you will be able to use them to search for items. The phrase “Your kitty has returned” will become a common prompt as the items that are brought back are useful for side quests and creating equipment.

Now earlier I mentioned that there was a problem with the way the game handles story progression and it all comes down to Ludger’s debt. While it might be understandable to have players grind for experience because their next opponent could be challenging, the debt system in Xillia 2 is terrible. Due to Ludger’s debt, there will be countless times throughout the game that you will be unable to progress any further in the story or explore an area because you have not paid off a certain amount of your debt. 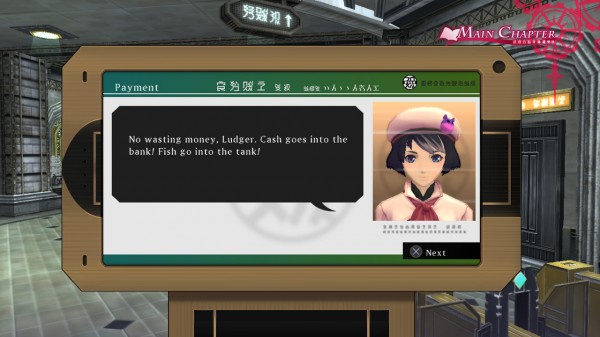 By gating off the storyline, which is already a slow-starter to begin with, and forcing players to grind side-quests, rather than offer them as a distraction, the game quickly feels like it becomes a chore. Rarely will players ever have the cash on hand at the time and instead will need to travel off and grind for money. In fact this whole system punishes the well-equipped and well-stocked player, because every time you use money for items it puts you further away from paying off your debt and continuing with the story.

Visuals & Audio
Being a sequel, Tales of Xillia 2 looks very similar to the first game on the surface as the basic art style has not changed between the titles but it does feature a unique areas to stand out and of course the entire game’s various event scenes are as gorgeous looking as the previous game, with the various anime cut-scenes appearing as phenomenal as before. This visual splendor really helps make the fluid combat system really stand out and alleviates some of the issues from the constant grinding players will need to do. It is also nice to note that many of the returning characters have changed slightly in appearance, while Ludger and Elle and other original characters fit in nicely with the series’ aesthetic. 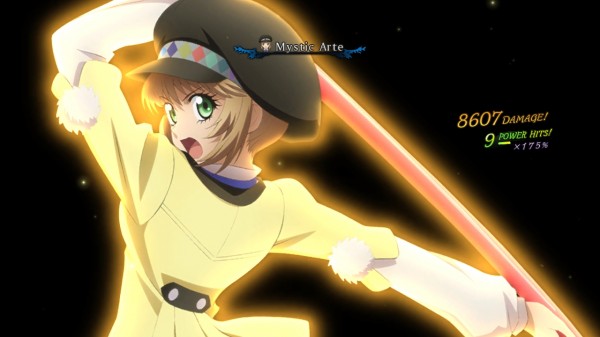 As for the game’s voice work, the English dub is a bit sub-standard at times but it benefits from a great sense of humor and how charming the characters can be at times. Of course it is unfortunate that there are many scenes that do not feature any voice work whatsoever, but considering the quality of the dub, that may be for the best. On the other hand, the Xillia 2’s soundtrack is exemplary, whether it is simply background music while exploring or important combat music, each track fits the game and the series’ lineage nicely.

Overall
Being a direct sequel to a popular JRPG, Tales of Xillia 2 does plenty of things right but also has a few missteps along the way. With the same enjoyable battle system, Ludger and Elle fitting in nicely with the returning Xillia cast, and a deep storyline featuring a darker tone, fans of the last game will have plenty of new content to enjoy even if some of it may appear similar. Unfortunately, the questionable design choices that are the Allium Orbs and obstructing debt system that forces players to grind money simply to advance, will hamper that enjoyment.