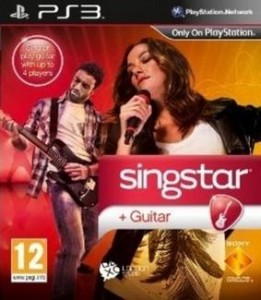 It’s hard to argue the fact that Sony’s SingStar is the king of the hill when it comes to console karaoke, and this seems unlikely to change in the foreseeable future. That title is not enough though, and Sony has added guitar support to a more rock-oriented track list to bring us the very first iteration of SingStar Guitar.

As the name suggests, SingStar Guitar is… well… SingStar with added support for a guitar peripheral controller. If you have Rock Band or Guitar Hero then you have a compatible guitar. For the purpose of this review I tested the game using the Les Paul from Guitar Hero 3 and the Fender from Guitar Hero: World Tour, both of which worked perfectly from a hardware perspective. 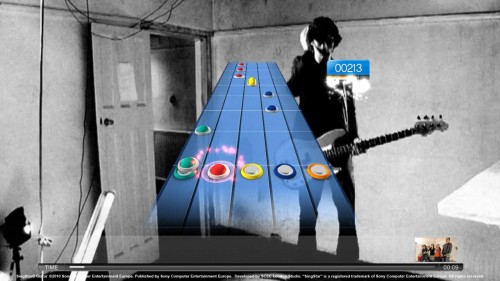 With the features of SingStar remaining pretty much the same across the lifetime of the franchise each version lives or dies on the strength of the playlist, and whether or not the playlist fits into your views on what great music really is.

The track list for SingStar guitar is suitably rocking, featuring tracks by Muse, Paramore and The White Stripes, along with older tunes by the Buzzcocks and The Clash, and Australian rock from the Choirboys, The Angels, and Eskimo Joe. It’s true that you could question the rock credentials of a song by The Veronicas being included, but overall it’s a solid set of songs. The full track list is as follows:

As far as the vocals are concerned there is nothing that will surprise you with SingStar Guitar, with the game following the mechanics laid out by previous iterations in the franchise. The guitar side of the game is like a stripped-down Guitar Hero experience, with a plain “highway” that the notes appear on, no “Star Power” boosts, and no combo bonuses.

The note transcription feels fairly smooth and was enjoyable enough to play, but the total lack of features that I’ve come to expect in a guitar simulation game really hurts this game overall. 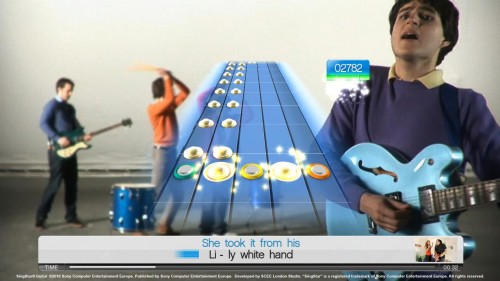 If you own Guitar Hero or Rock Band there is simply no reason why you’d want to play this game instead other than the track list, and many of the songs are available on the “big two” franchises anyway. The simulated guitar experience served up in SingStar Guitar is so inferior to the other games that it feels almost pointless.

There are some big negatives to the guitar play that really impacted on my enjoyment of the game. While it’s a good thing that the music video for the track plays full screen in the background while playing the song, I also found that in some cases the video strobes and it can become very distracting – to the point of dropping some notes. The first time I played the game I also triggered a bug when I tried to switch the note layout to left-handed. The guitar picked up the switch perfectly, but the notes onscreen kept coming down the highway in right-handed mode, i.e. green was advancing down the orange path and so on. This bug almost caused me to quit playing the game then and there, but a quick restart corrected the issue and from that point on there were no further issues. 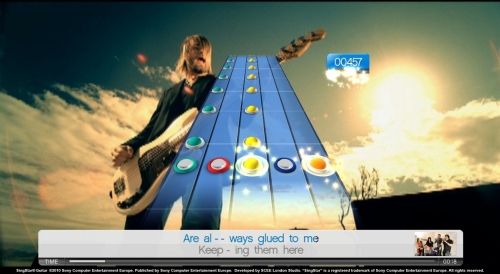 Overall I think your enjoyment of this game will come down to your experience with other guitar simulation titles. If you have Guitar Hero or Rock Band, this game is probably not for you, it’s the equivalent of driving a BMW around for years and then taking a joyride in a Hyundai. However, if you are a long-time SingStar fan and you can pick up a guitar peripheral cheaply, I can highly recommend SingStar Guitar. The vocal mechanics are as strong as ever, and the simplified guitar features might just prove to be a great entry into the world of guitar games.