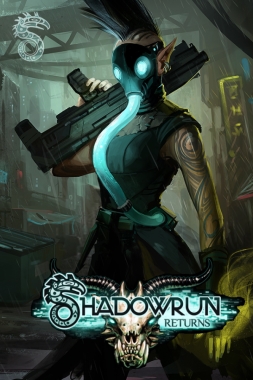 Overview
Though the Shadowrun name has been around in pen-and-paper form since 1989, the video game sector of the franchise has been dormant for over half a decade. It could be argued by some that the 2007 shooter wasn’t even worthy to carry the name. Designer Jordan Weisman fired up a Kickstarter in March 2012 and reached his goal of $400,000 within only 28 hours. It was clear that fans wanted another Shadowrun title.

Fast forward to late July 2013. Weisman and his new studio, Harebrained Schemes, have been hard at work and their cyberpunk-meets-magic game and it’s finally available to the masses. How does Shadowrun Returns hold up? Has it lived up to expectations or should be be left in the shadows? Let’s find out. 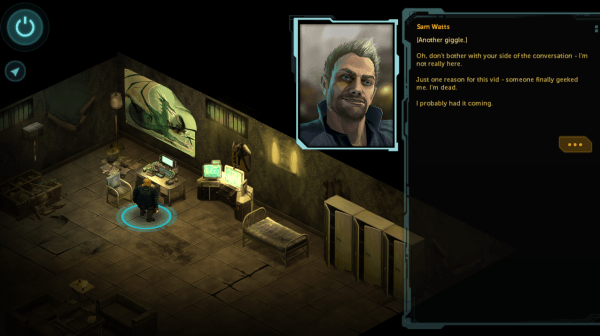 Story
You’re sitting at home late one night when an old colleague of yours, Sam Watts, shows up on your screen. With the help of a “dead man’s switch,” Sam comes back from beyond the grave to let you know that he has passed on and offer you another job. If you’ll find and bring his killer to justice, you’ll be rewarded with ¥100,000.

After a quick flashback that also serves as a combat tutorial, you head into the shadows to uncover Sam’s killer, but there’s more at play in Seattle than you can see on the surface…

Gameplay
Shadowrun Returns is an isometric RPG with tactical turn-based combat. For fans familiar with the Fallout franchise before it became a first-person shooter, it plays much like those. 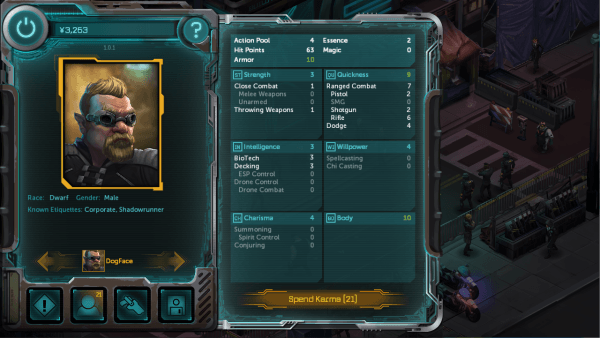 You’ll start by creating your character. You can choose from human, elf, dwarf, ork, and troll. Each have their own stats that affect their combat skills as well as how they’re treated by folks in the world of Shadowrun. Once you’ve got your race, you can choose one of six classes to ply your skills: street samurai, mage, decker (a hacker), shaman (summons spirits), rigger (uses drones), and the melee-focused adept. Each class plays distinctly differently from the others, giving you multiple chances to experience the combat with a fresh perspective.

The story and world itself are presented to the player in a series of complete story pieces. You’ll have moments when you can freely walk around, searching for items and talking to folks. Then you’ll have missions that are entirely focused on clearing an area of baddies. It’s a good mix and it helps move the story along.

Between missions, you’ll return back to the Seamstresses Union. On the surface it appears to be nothing more than a bar, but you’ll quickly come to rely on Mrs. Kubota and her establishment. You’ll be able to buy weapons, spells, upgrades and more from here, as well as hire mercenaries to help you on some of your missions. 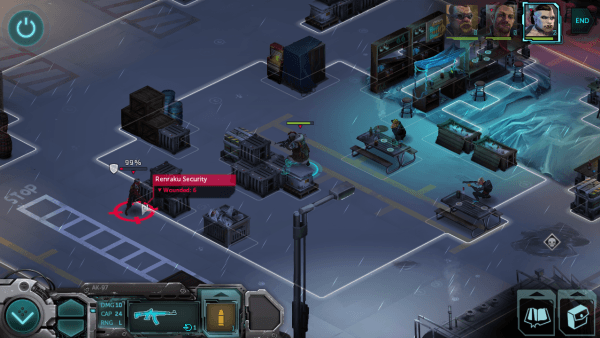 In combat, each character has action points. You can use these to move, reload weapons, cast spells, heal up, attack, or set up an overwatch. You can maneuver behind cover for better defensive positioning. Landing attacks in the game is all based on percentages with your range, skill, and more. This adds a bit of luck and anticipation to the combat, giving you some really extraordinary jump-up-and-shout moments.

As you progress through the story and complete objectives, you’ll earn karma points. Instead of experience points that grant you level-ups, karma points can be redeemed directly for skill points. You can put them in overall stat boosts like Strength, Charisma, Intelligence, and so on, or you can choose to specialize and put the points in skills like Dodge, Rifles, Drone Control, and more. This is a fantastic way to help the player feel like they’re actively involved in the development of the character they’re playing. It also gives you the freedom, over the course of the game, to explore with some of your points and still be ok if they don’t work out. 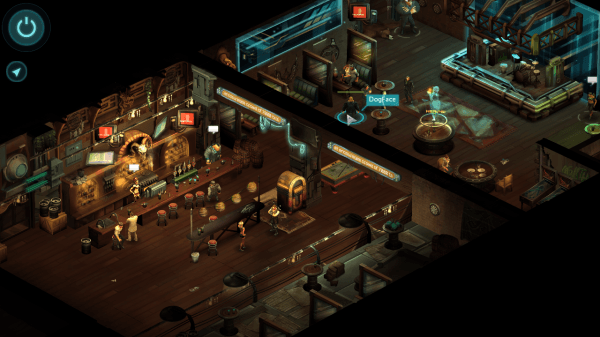 One of Shadowruns Returns greatest strengths is its storytelling. Weisman and team have done a fantastic job constructing the basic campaign. The neon glow of a cyberpunk Seattle is an eery and beautiful sight. Each character you meet as you play holds real weight to them. The dialogue is intelligent and well-written, really giving you a sense of immersion in the seedy world of the shadowrunners. The folks that help you out are also smart and lively. It gives the sense that you’re playing through a best-selling novel.

Visuals
Shadowrun Returns is an excellent looking game. The colors play well together, the artwork is magnificent, and the environments are detailed. Animations are all smooth as glass and the particle effects from spells, shots, and more look quite nice. The isometric view works really well for this style game, too, and the ability to zoom it in and out lets you have full command of the field while still keeping everything easily accessible. The user interface is easy to get used to and maneuver as well. All in all, its a great looking, functional game. 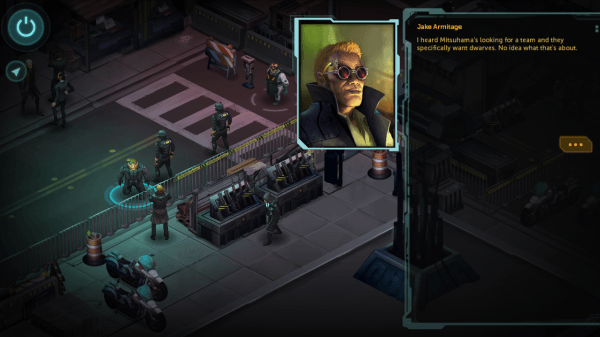 Audio
The audio design of the game is functional, though nothing particularly stands out with it. Sound effects are really only noticeable when you’re changing gear of in combat. The music doesn’t jump out unless you’re on the main screen either. What’s there works well enough, but nothing really pops.

Overall
All in all, Shadowrun Returns is a great package. The gameplay is immersive while maintaining its cognitive edge. The aesthetic of the game looks fantastics all the way around. The sound design doesn’t do anything too standout, but it doesn’t harm the experience either. Add all of that to a solid 10-12 hour campaign with good pacing and great storytelling, and you have a wonderful overall package. Fans who don’t think the story is long enough will also be pleased to know the game comes with a complete campaign creation suite and content is already being pumped out. Unless the genres Shadowrun Returns hits on just aren’t in your wheelhouse, you should sincerely consider giving this game a look.