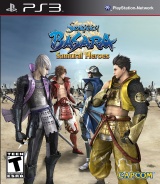 Sengoku Basara: Samurai Heroes hit stores yesterday.  Thinking about picking it up?  Heard of it but don’t know what to think?  Never heard of it at all?  Well, read on to find out if this is a game you want to be playing. 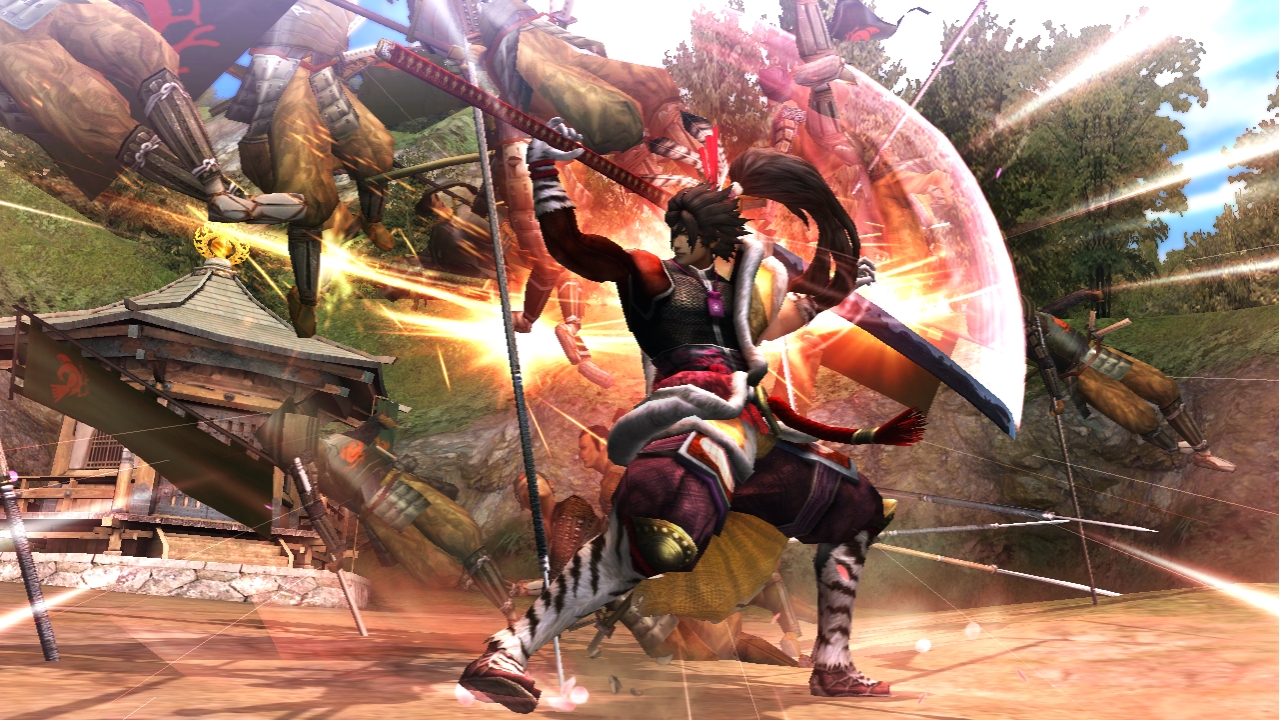 Sengoku Basara:  Samurai Heroes (SBSH) can easily be described “like dynasty warriors, but…”.  At its most basic, it is a carbon copy of the tried and true formula that dynasty warriors has been using for almost a decade now, putting the player in control of an overly powerful general in battlefields with thousands of generic, nameless soldiers ripe for slaughter.  To go with the previous description, SBSH is like dynasty warriors, but with style.  I wouldn’t call dynasty warriors a bland or boring game, it certainly has its faire share of style and intrigue, but what SBSH does is on an entirely different level.  The game breathes style, from the way each character is designed right down to their movesets, the game can sell itself based solely on the eyecandy.  Even though this game is based off of historical events, with each character being a general or soldier that actually existed, the game takes a few liberties with fleshing them out in this stylized world.  For example, a man famous for arming troops with guns(Magoichi Saika) is now represented as a woman while a general famous for being the survivor of over 60 battles yet never having been significantly wounded (Tadakatsu Honda) is represented as a giant and powerful robot.  Needless to say, despite the fact that this game actually has some history in it, players would never know it as the characters are more like super heroes than simple generals in an army. 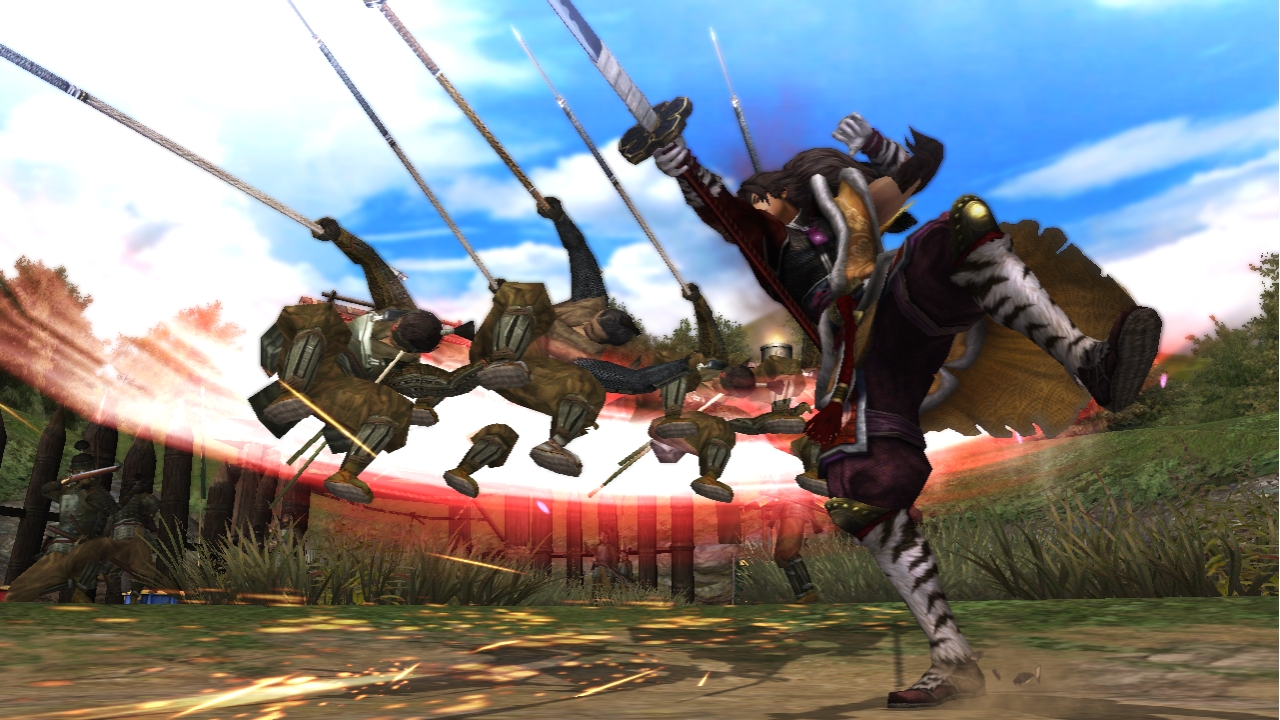 There are two modes, quick battle and heroes story.  Quick battle is just as its name entails, you pick your character of choice and select any mission you want, with all the experience/money/items you get being saved to the overall game.  Heroes story is the meatier of the two, with you picking a character and playing out their story, their role in this war.  This part is a bit like a board game of sorts.  Each faction is represented as a little icon over the island of Japan.  You are given a choice of which other faction to do battle with, each different choice slightly altering the story for each character.  After your battle, the game updates you on what happened with the rest of Japan, which factions won their own battles, effectively slimming down the competition for future battles.  This is likely where most of your time will be spent, as you need to play this mode several times with various characters to unlock not only more characters to play as, but other scenarios that can play out as you play this mode.

Each character has a basic combo that can be done just by mashing the attack button.  You also start out with two abilities (special moves) and can unlock a total of 5 more, couple that with the fact that each ability may or may not upgrade over time and each character has a significant level of depth to their playstyle.  At its most basic, the formula for the game is “capture all enemy bases then kill the boss”, but that is just at its most basic level.  Similarly, halo can be described by saying “shoot everything while moving forward”.  Each level will have its own unique set of objectives (usually involving killing an enemy general or capturing bases).  After each level you are rewarded with experience based on your performance, money and materials based on how you played along with any items/materials/weapons you got from killing enemies during that level.  The items and materials you get throughout each level can be used to create accessories that you attach to your weapons, granting you various bonus’s. 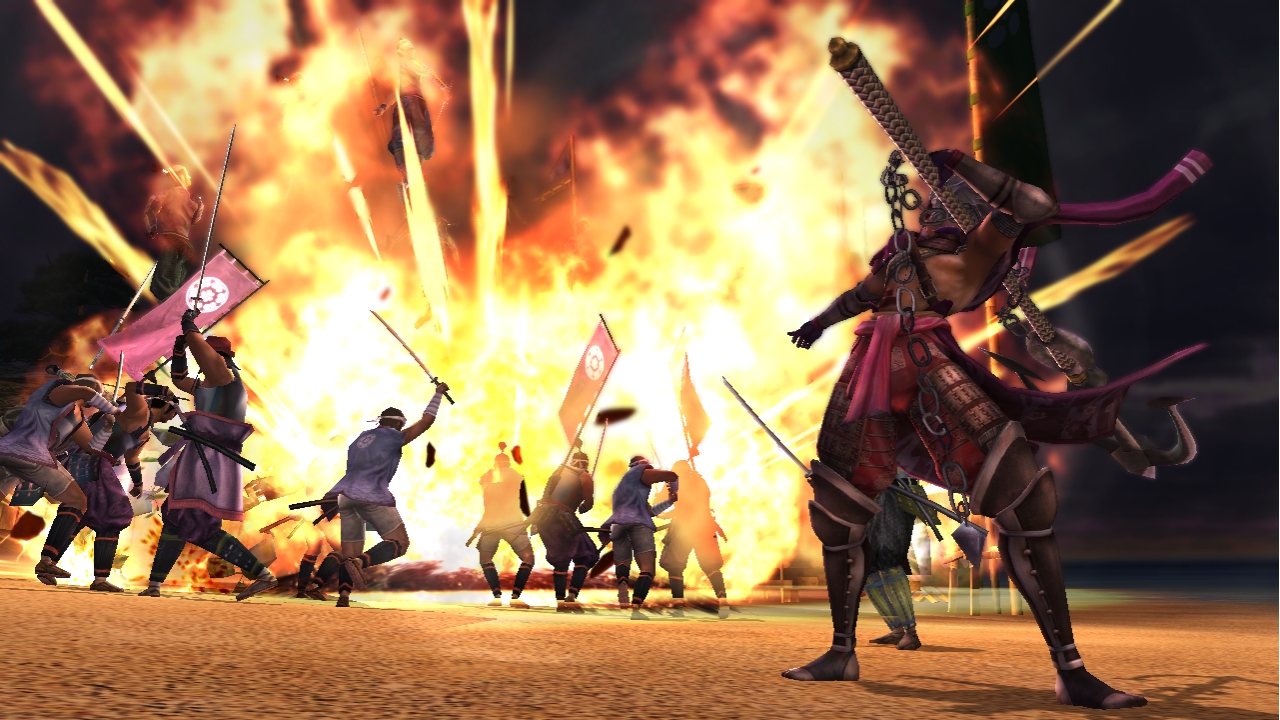 Unlike dynasty warriors, this game doesn’t have more characters than one can count.  It has only a handful, which some will like and others won’t.  Due to the smaller roster, each character feels uniquely different, creating a wholly different experience when playing the game with different characters.  The story for this game is based off that of the Sengoku period of Japan, one of the iconic feudal era’s of Japan, just like how Dynasty Warriors is based off of the romance of the three kingdoms, a similar situation that took place in China.  The more astute of you know that this game is called Sengoku Basara 3 in Japan, meaning this is a sequel, yet this is the first installment of the series in the west.  Despite this fact, the story is still easily understandable, requiring no knowledge of previous games to get the overall message.  If you by chance had imported previous games, there are things players will notice from SB2 to SBSH, but not having played SB2 won’t hinder you in any way. 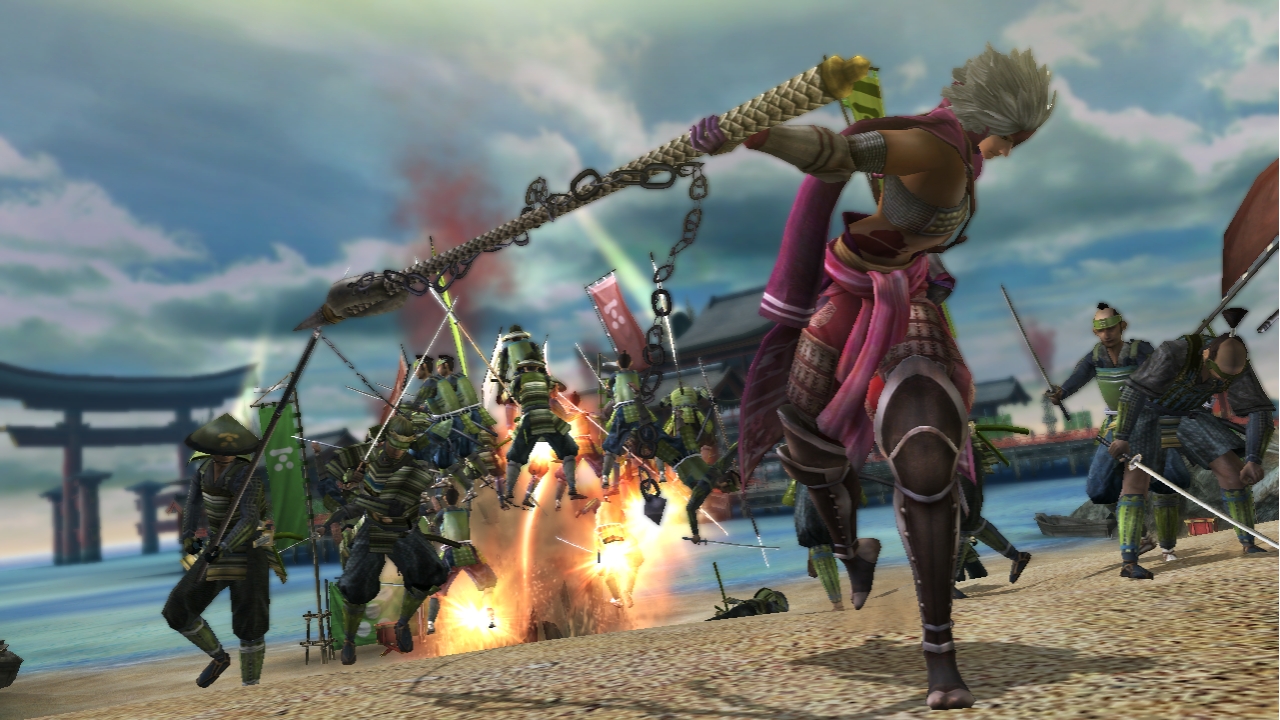 Why should you care?

Let’s be honest, if you know you don’t like games like Dynasty Warriors, you likely aren’t going to like this.  However, if you do like those games or even if you have never played them but are open to the idea of trying them out, this is the game for you.  Dynasty Warriors has fallen into a bit of a pit the past couple years, just like how Sonic has been in the ditches lately (though it seems to be pulling itself out).  If you liked Dynasty Warriors back when it was good then this game is made for you.  Unfortunately, for the super fans or those well versed in Japanese culture, you will notice some flaws in the localization.  There is a small bit of engrish (only in item/ability descriptions as far as I’ve seen) to those who can recognize it and some of the locations of certain battles are just plain historically incorrect, but these will go unnoticed by most players.  With the addition of couch coop (no online here, sorry guys) this is a great game to play with a friend if you are just looking for a bit of mindless fun without having to invest a lot of time to leveling up a character.  Though if its depth you are looking for, go no further.  I’ve invested easily 20+ hours and the games completion counter is still only at 17%.  Although, players who are looking for a challenge, a la Devil May Cry, this will disappoint a bit.  The game is a bit on the easy side, though there are harder difficulties to play on (which you will need to if you want to find the rarer equipment).

If you even think you might like this game, I urge you to try it out at the very least.  As a fan of the older Dynasty Warriors, this game was a blessing.  Coupled with the immense replay value and ability to play with a friend and this game should keep you occupied for a long time.