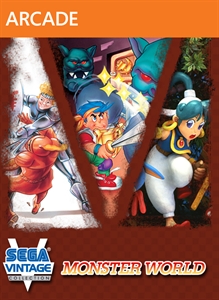 Monster World, Wonder Boy, Wonder Kid…Adventure Island? This is a franchise with a very confusing history as it never really could settle on a concrete name, the series also jumped between numerous genres, starting out as a pure platformer, then turning into this 2D Zelda-style adventure, a Metroid style adventure, and even a scrolling 2D shooter (STG) at one point! This franchise has quite the interesting history to say the least.

The series has developed quite the cult following over the years, and many consider it to be overlooked when compared to other franchises from the same era. On that note, these games have not seen too many ports or re-releases over the years, but this year is different. 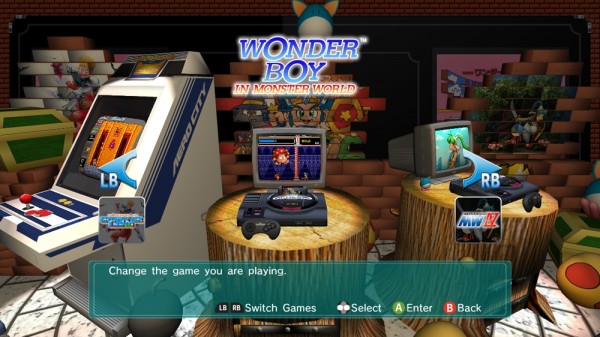 The games featured in this collection are meant to be adventure titles in much similar vein to Zelda, but they are actually pretty light on the storytelling, with the exception of Monster World IV. Wonder Boy in Monster Land is essentially a very fast paced adventure paltformer, and while it has towns and shops, the actual premise is a very basic ‘hero takes on evil monsters’, which is fair considering that it was a coin-up arcade title. Wonder Boy in Monster World is actually fairly similar to Wonder Boy in Monster Land, as a young hero named Shion suddenly decides to leave home and battle the monsters invading the land, meeting new characters along the way. Monster World IV still has the ‘hero saves the world from evil’ premise like the other games in the collection, but it certainly does a better job in telling a better story with a rich inspiring world, likeable characters, cut-scenes, and a main character who actually has a proper background.

The world portrayed in each of these games is quite vibrant and colourful, Wonder Boy in Monster Land and Wonder Boy in Monster World have very similar looking in-game worlds, based on medieval Europe fantasy with dragons, knights, and the like. Monster World IV on the other hand is quite the departure, featuring a Middle Eastern inspired setting with temples, deserts, Arabian characters, and also draws upon Arabian fantasy themes. It’s pretty fun setting that offers a nice change from what the series is normally known for, and it also does a much better job at presenting the world and its characters. Not to mention Monster World IV features the series’ only female protagonist, Asha.

Overall, these games have a very basic story-line . The games are heavily gameplay driven, but the plot-elements still help add some substance to the adventure design of these titles, in a very simplistic yet effective manner. 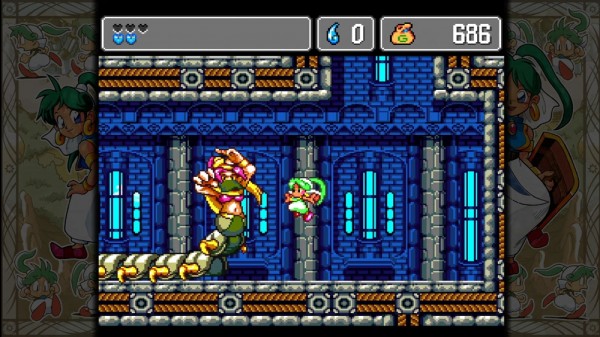 The games in this package have aged reasonably well, considering the eras that they belong to. Wonder Boy in Monster World is obviously the most retro looking game in the collection, but it’s still a vibrant looking game with really good use of colours, the game here is actually the superior arcade original instead of the famous Sega Master System port. Wonder Boy in Monster World is a vast improvement, as being a Mega Drive title it has some appealing 16-bit graphics. It’s a really vibrant game with some nice use of colours and has some solid character sprites, but the animations are quite simple and the graphical details are a bit bland. Monster World IV is obviously the best looking of the lot, a game that was released towards the end of the Mega Drive’s life, this game has aged well visually as it features some really fluid animation, highly detailed 16-bit graphics, great use of colours, and some cool character sprites and effects. Monster World IV is easily among the best looking Mega Drive video games ever made, and still looks quite appealing.

Musically these games are quite brilliant, featuring very upbeat and uplifting tunes with a very strong RPG vibe to the overall musical style. All the games have a memorable soundtrack, each offering something a little different. Monster World IV offers a much different style of music compared to the other games in the collection.

What’s great about this collection is the way it’s presented, offering a virtual arcade and Sega Mega Drive (Genesis) set ups for each of the games. The games have been ported really well and you can play around with a variety of graphical filters and resolutions, all producing some nice results. There is also a musical jukebox for each game that lets you enjoy each game’s OST. 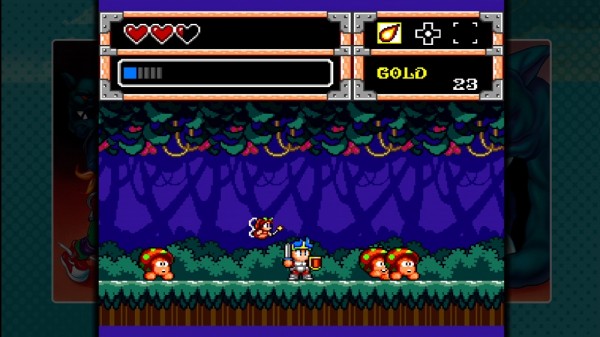 The games featured in this collection are all adventure platformers and are actually pretty similar in style. These are pretty action heavy games, where you battle a lot of monsters, engage in some classic and challenging platforming sections, solve puzzles, and face some mean bosses. At the same time you also get to explore towns and even interact with NPCs.

Wonder Boy in Monster Land is a challenging arcade title but at the same time quite addictive. You can learn spells and acquire new equipment and items from shops, however you’re meant to be constantly on the move as there’s a constant time limit. This is one fast paced adventure platformer that gets difficult right from the get go. You need to power through each of the areas as quickly as possible and fight each area’s boss. These bosses put up a pretty tough fight and can wipe you out in seconds. The core gameplay mechanics might feel a little stiff and archaic compared to modern 2D platformers, but it’s still a playbale and enjoyable title that will make you come back for more. It’s a rewarding experience as you find yourself improving with each play-through. Thankfully this port allows you to play around with the number of lives and continues that you can use.

Wonder Boy in Monster World is actually pretty similar to Monster Land, but is much slower paced with greater focus on the adventure aspect. There are towns with NPCs, and you can even save your game at the inn. It’s a lot more puzzle driven, and the game design may be a bit confusing for modern gamers as its one of those cases where you need to talk to NPCs multiple times at different instances in order to trigger events. It’s fun for what it is, but the gameplay does not feel as relevant or accessible today, not to mention the mechanics feel rather stiff and sluggish. 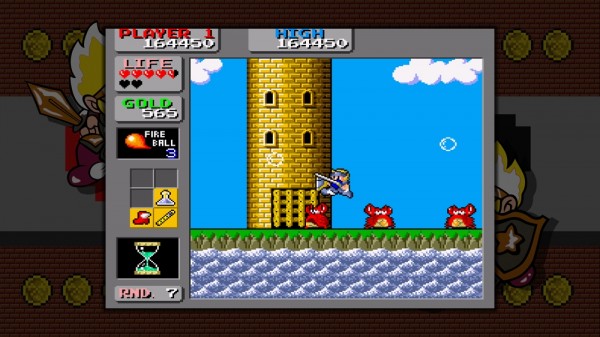 Monster World IV is the real cream of the crop, and the main reason why you want to get this collection. The gameplay is just amazing, and is easily the best playing game in this collection. The controls are tight and responsive, and the general feel of the game is smooth and fluid. Asha has a wide range of attacks and is a lot of fun to control as she moves really fast and is a pretty agile overall. Along the way she meets an interesting creature that serves as her companion, helping her out during the course of actual gameplay with its abilities, and this allows for some pretty intuitive platforming and puzzle solving moments. It’s a pretty challenging game with some cool levels, fun boss battles, and just really entertaining action and platforming.

The games featured here are really fun to play, and while Monster World IV is easily the crown jewel of the collection, it’s still worth having a go at the other games. Also worth mentioning is that the collection features all localisations/versions of each of the titles, for example, you can play the Japanese, European, and North American version of Wonder Boy in Monster World. 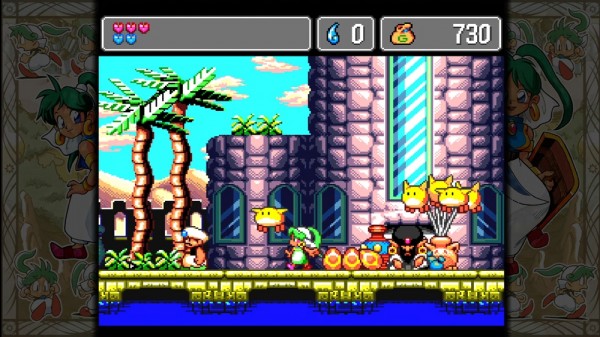 Sega Vintage Collection: Monster World offers a rare opportunity to experience one of the most overlooked and obscure retro franchises on high definition consoles. These are really well produced ports with enough new graphical knobs and filters to make them look pristine on modern resolutions. If anything, this collection is definitely worth getting just for the fully translated Monster World IV, which was a Japanese exclusive for well over a decade. The collection is far from being a novelty experience that you will get bored of in 10 minutes, as these are serious adventure games that will provide you with plenty of action packed platforming thrills. While Wonder Boy in Monster Land and Wonder Boy in Monster World may not have aged too well in terms of game design and mechanics, Monster World IV however is still an enjoyable and refreshing 2D adventure game that feels relevant while still offering some old school challenge.