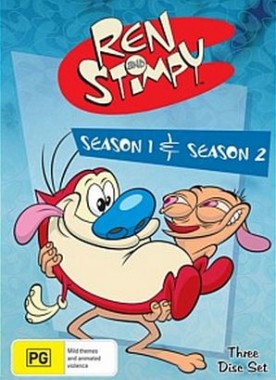 Ren and Stimpy first hit the air in 1991, it sported off-colour comedy which was mixed with a wacky and sometimes vulgar animation style, audiences loved it to a fair degree but I don’t believe it really hit its stride until later on in the life of the series where it became something along the lines of a “cult classic”. It has inspired a great deal of the cartoons that we’ve seen in recent years and you can tell that it has simply by watching it, it seems as though it is one of those series’ that works better as a source of inspiration rather than a full series in itself and while people continue to have a sense of love for this series, even to this day and age, the question is still: Does it still hold up as a great series even now? I guess we’ll get to that soon. 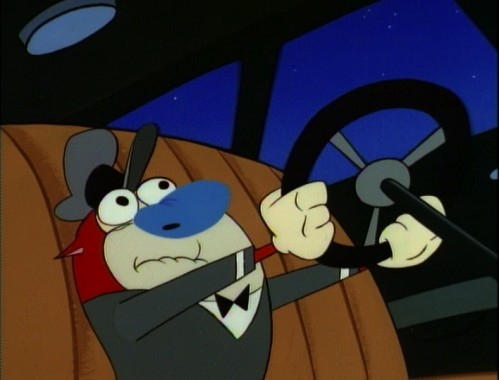 As you can probably already imagine, Ren and Stimpy has no real connecting story throughout each episode, sometimes two or three episodes will continue off of each other but they’re usually shown back to back within a season so it’s not like you can really miss it. The overall story is very basic which isn’t bad for what it is…a cartoon. It’s about two “friends”; an idiotic cat and a seemingly know-it-all dog who, despite falling under the title of “friends” these two don’t particularly get along and it doesn’t often seem like they want to, get into a whole bunch of wacky and hallucination-like adventures which almost always end in one of the two getting seriously hurt by the other or by someone/something else that is just as equally ridiculous.

The thing I found odd but actually enjoyable about Ren and Stimpy was the way that the episodes were set out, it was almost like a cartoon talk show…let me explain a little more; some of the episodes were set out as normal, there was one full storyline and the two characters went through the usual motions but there were other episodes where there would actually be introductions are familiar lines that the characters have said before which leads the episode into what I’ll call a “segment”.

An example of that will be where Stimpy comes into the room as Ren watches TV and demands that they put it on a certain channel so that he can watch his favourite show, he then darts out of the room and puts on a costume that relates to the show, does the usually oddball routine and then the episode basically fades into a storyline similar to what they would be watching. It’s actually fairly clever and it’s different which is a huge tick in the “positive box”. Look it’s fairly basic, that’s obvious, and the fact is that it doesn’t need to be is exactly what makes it good, to have any kind of story within a cartoon such as this would be a huge mistake by the series creators, luckily Ren and Stimpy isn’t one of those cases. 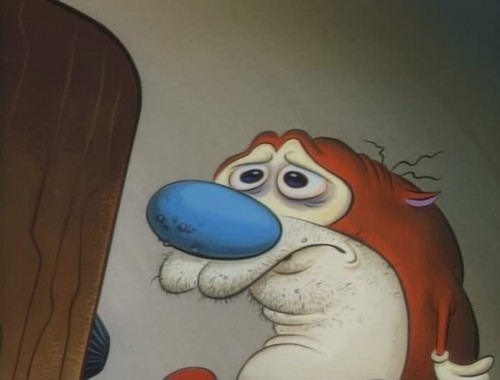 Cartoons all have their own unique styles, some do look similar to others but usually you’ll find that those particular series’ were made by the same company which seems to be the case with many Cartoon Network productions, on to my main point: Ren and Stimpy has an incredibly unique style to it and I can say with confidence that, despite what the series has inspired, no other show does what it does it as good as Ren and Stimpy… and yes, I’m looking at you, Spongebob Squarepants. It does a lot of what modern cartoons do now, the only difference is that it was the first to do so and it just so happens to do it very well.

I’m talking about things like quick-cuts and close-ups that show a grotesque and overly-detailed version of a certain characters within a scene, it’s something we see all the time and I feel as though of have to give credit to what seems as though is the originator, that’s just one of many examples but I’m sure you can see exactly what I’m getting at. It’s amazing because, for the most part, the animation holds up fairly well and while there is a certain degree of grain to the footage in the release and the animation is clearly dated it is done with enough style and finesse to keep a modern audience interested. 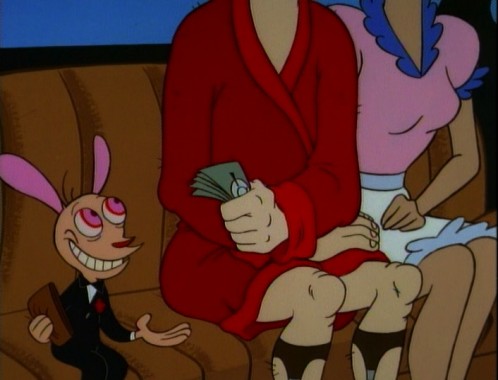 Usually when I watch normal cartoons I don’t seem to take much away from it auditorily, it’s just not something that usually pops out and makes an impact on me but I’ll give credit to Ren and Stimpy for being able to make even a slight impact strictly based on sound. For the most part the voice acting was great, with voice actors like Billy West (Fry from Futurama) as Stimpy who constantly made up for the voice of Ren you really can’t complain too much. Yes, there were voices that really got old very quickly and they were voiced by people who weren’t as skilled at the art as their co-stars but, as I mentioned, there were others who made up for it.

The music was great too but very typical for a cartoon of its calibre, the opening and ending themes were both very memorable and the music they used within the show was paired quite well with the actions of the characters within a scene which, yes, is actually very typical for cartoons to do and I think it is simply because they know it works and they can do it well. All the sound effects were well done and reminded me, vaguely, of the Three Stooges. Ren and Stimpy is all about slapstick comedy so pairing sounds with the actions is crucial, luckily Ren and Stimpy did a good job. 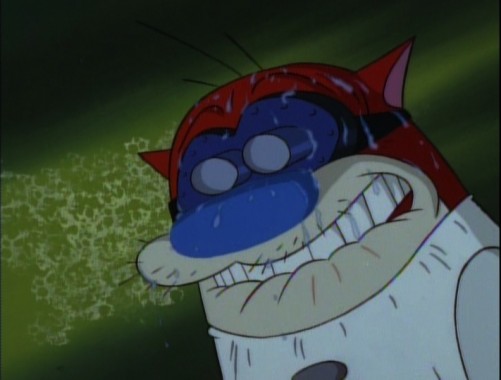 This release is most likely a dream for fans of the series because it came with a ton of on-disc extras that really delved deep into the behind-the-scenes action of the series and, honestly, it gives a certain insight into releases that normal research cannot do. A great deal of the episodes had audio commentary tracks that were recorded by members of the cast and they basically talk about what you’d imagine they’d talk about; what it was like to work on the series, favourite work stories, etc.

“Ren and Stimpy: In The Beginning” is a featurette that is exactly how it sounds, it outlines what the series was originally like, how it grew and basically how it all began. Storyboards and image galleries were also present on the discs but the most exciting extras that came with the release would have to be the unedited pilot episode and the banned episode which I can imagine a great deal of people haven’t seen and if they have seen it I’m sure they would want to own it too. I just found that the extras within this release covered as much as it could and it has really made for a great product that fans will enjoy. 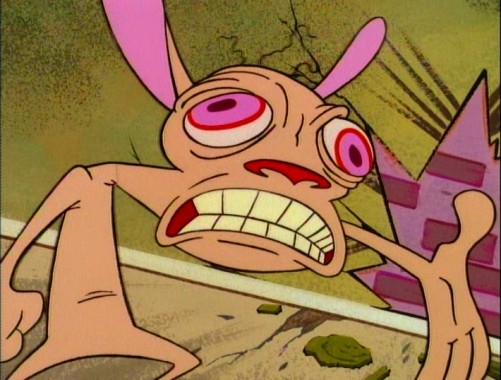 Ren and Stimpy: Season 1 and 2 is a fantastic release all-in-all but I feel as though many people wont really enjoy the series, it’s fairly dated and was very weird when it was first released so I can imagine it wont be taken to very well in this generation, luckily it seems as though the release was directed at the original fans of the series considering the amount of prime extras that were added into it. It’s one of the original great cartoons and for those of you out there who are into very crude humour and crazy images of a cat and a dog going on wild adventures, well…I guess Ren and Stimpy is just for you. Keep in mind; the animation is dated and the humour may be too, you have to keep a very open mind when watching this but I’m sure if you’re reading this review right now, you’re just the person that this release was made for. Happy, happy…joy, joy.