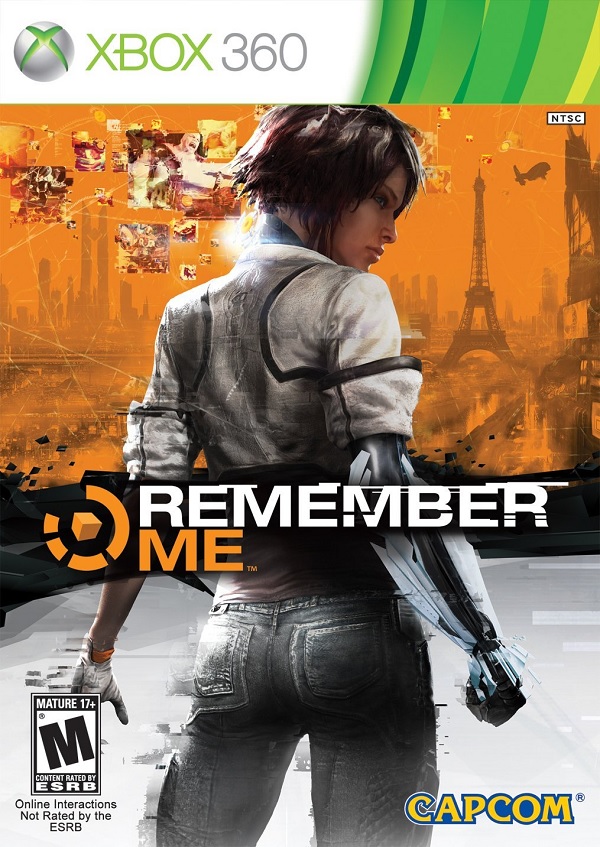 Overview
Everyone has things that they would like to forget and everyone has cherished memories that they want to hold onto forever. However as we age those memories may fade and important events from long ago can be remembered in only the vaguest detail. However what if there was a way to remember everything that you want to but forget everything terrible? Well Dontnod and Capcom’s Remember Me takes place in a world where citizens can do just that. However is Remember Me worth your time?

Story
By the year 2084 a new technological development has caused a corporation named Memorize to rise to global power. What is the reason for their success? They possess the ability to preserve your best memories, remove negative ones, implant new memories and transfer memories from one person to another, allowing people to live a life-time of adventure without having to do any of it themselves. Needless to say this has become an exceptionally popular service and the populace is hooked on memory manipulation.

However for every bright side, there is always a dark side and when it comes to a major corporation possessing the ability to manipulate memories that evil is going to be rather drastic. As such, groups of terrorists that are called “Errorists” because it’s the future have devoted themselves to bringing the corporation down or at least revealing the dark side of it to the public which will lead to their downfall. 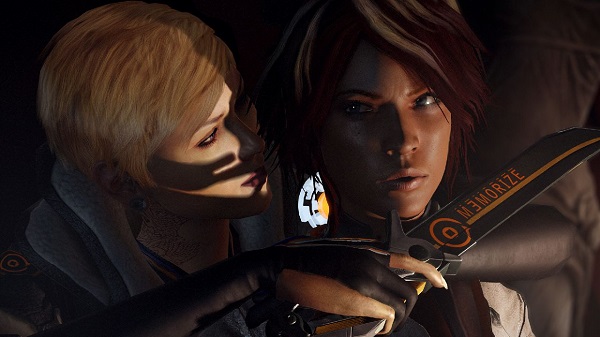 Players take the role of a female Errorist named Nilin. When they join Nilin, she has lost nearly all of her memory thanks to Memorize wiping her memory. Thanks to the help of a mysterious Errorist leader named Edge, Nilin is able to escape the facility with her life and slowly discover who she is. Thanks to Nilin’s special abilities as an Errorist, she can not only manipulate and take memories from others; she has the ability to learn various techniques to her advantage.

However the lost memories of who Nilin was will come back to haunt her and some of the most intriguing moments of Remember Me are when Nilin begins to remember who she is and what she has done in the past. Unfortunately there is a very large opportunity missed with story development and that is the fact that Nilin is nearly as evil as Memorize themselves. Thanks to her abilities to alter memories, she can cause some truly horrific alterations to people’s past memories which can cause drastic changes to how they act in the future. 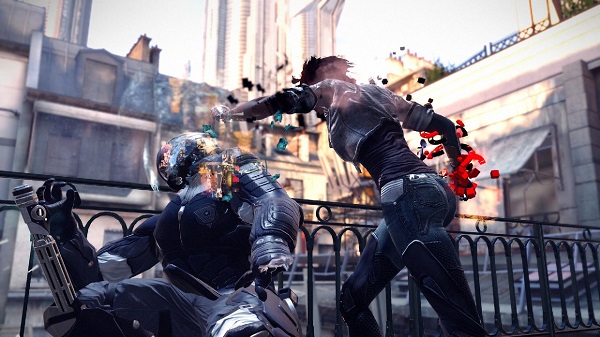 This is an interesting mechanic and works well as a way to flesh out the story and other characters, but without spoiling much, many of the people Nilin uses this ability on are already operating in a gray area as it is and the consequences of her manipulations can lead to some terrible things which can ruin peoples’ lives. Then again, being an “Errorist” her mission is always the main goal and whatever gets in Nilin’s way is an obstacle to surpass.

This problem also leads into a number of characters that are introduced but hardly fleshed out which is a shame because the few characters that are given some decent development are a shining moment of the game’s storyline. Perhaps due to a limited time frame to work with the story some sacrifices had to be made and even with Nilin’s questionable actions and numerous side-characters dropped in and shuffled off, Remember Me’s story is certainly an interesting one and is definitely worth enjoying for what it is.

Visuals
In Remember Me, players venture through the city of Neo-Paris and this setting is simply gorgeous. There environments you navigate through are a wonderful glimpse at the future. Even in the slums the world is nicely detailed and has a certain sheen to it that you wouldn’t expect. Thanks to how well the world is designed and a number of areas that are stunning looking, one would be remiss not to linger in areas simply to see what kind of a world Dontnod has created in Remember Me. 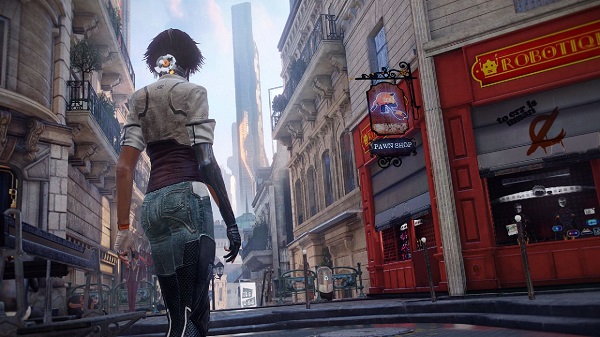 The same goes for the character designs. Nilin and the rest of the characters are nicely detailed with realistic proportions and emphasis on facial designs to convey emotions. It is worth noting however that Nilin’s combat animations, while somewhat fluid thanks to the game’s combo system, take far too long to play out which causes issues in combat and some of the climbing animations are stilted at best. As for the basic enemies you come across, they are rather run of the mill but are also given a nice level of detail which makes everything you come across in Remember Me something worth looking at.

Audio
As far as voice work goes, Nilin’s voice is conveyed nicely and the multitude of side characters that the player comes across and manipulates are similarly well voiced though a few strikingly emotional moments come from these characters as you witness the before and after effects of Nilin’s memory altering abilities. 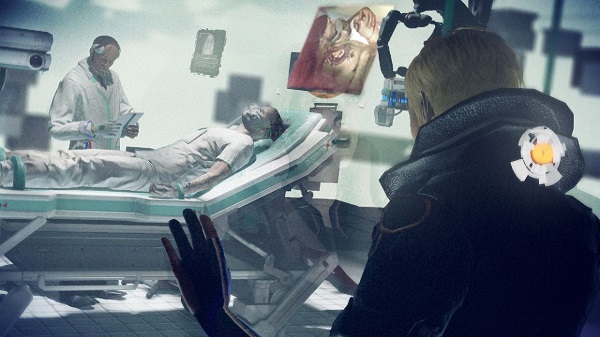 Accompanying satisfactory voice work is an amazing set of background music that makes some of Remember Me’s areas memorable simply due to the tracks accompanying the area or event. Nearly every track of music throughout Remember Me does wonders fot the game and in an age where background music is an afterthought, this is a nice plus.

Gameplay
At its core, Remember Me is a title that features plenty of combat, climbing around on buildings and obstacles as well as the ability to alter, erase, steal or spy on memories of some of the people the player comes across. However where the game’s storyline, soundtrack and visual presentation were memorable, Remember Me begins to fall apart once the gameplay is in motion. 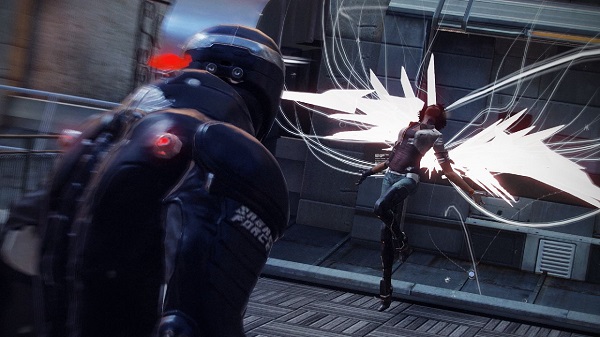 One of the things that makes combat unique in Remember Me is the ability to customize all of Niin’s attack combos via a Combo Lab. However being unique isn’t always a good thing and customization is ultimately rather sparse in the Combo Lab. This is because at any given time the player can choose to alter their combos, but they are always stuck with four combo strings at any given time. The moves, called Pressens for some reason, are limited in number and are unlocked in a rather linear manner, meaning that full customization is only possible once you’ve beaten the game entirely and choose to play through missions again with all of your attacks already unlocked.

Anyways, these pressens are basic attacks that provide little bonuses such as small health regeneration, stronger damage for that hit, faster S-Pressen regeneration and more. These combos are also rather strictly enforced by making players only use X and Y attacks in specific parts. For example your first combo string will always be three X attacks in a row and any use of the Y button will cancel the combo and enter into another one with only minor combo customization provided due to this rigidity. Because of this rigid system it is difficult to truly feel accustomed to thanks to its clunky implementation, Nilin’s overly long combat animations, her inability to stay locked onto enemies with any accuracy and the game’s horrible combo timing system. 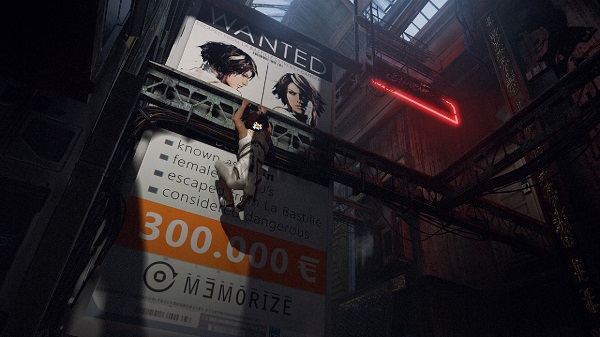 This wouldn’t be too much of an issue if it wasn’t for the fact that enemies tend to simply swarm Nilin as you fight against them and while it is certainly possible to pull off long combo attacks, players will simply devolve into short combo attacks to finish off the enemies that are clustering around them while also dodging enemy attacks that often come from off-screen with the only warning being a small red exclamation point in their general direction.

Outside of combat, players must navigate through Neo-Paris usually by climbing along ledges, pipes and other things through a very basic climbing mechanic devoted only to the A button and analog stick. The game even gives little yellow arrows telling you where the proper ledge is at, taking away the risk of becoming lost or stuck but also the whole point of climbing along obstacles and up buildings in the first place. 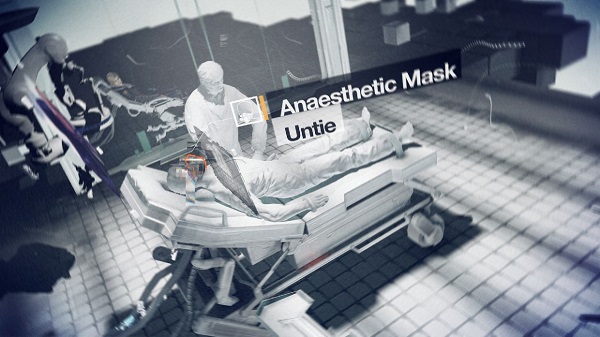 As for Nilin’s memory manipulation ability, it is certainly nice in theory and it does make for a number of memorable moments throughout the game. However their implementation is once again flawed. One of the key powers Nilin possesses is the ability to manipulate memories of targets which usually involves seeing a cutscene play out, then rewatching the cutscene to see what type of small changes you can make which will affect the memory the proper way and create the desired result. This is usually done through trial and error as not every item manipulated will have a significant change in the memory and it is one of the standout mechanics of the game even if it becomes horribly repetitive trying to manipulate the same memory multiple times for the proper outcome.

Overall
Remember Me has a lot of things going for it. An intriguing storyline, gorgeous visuals and a similarly impressive accompanying soundtrack but it is held back by overall bad implementation of it’s gameplay. Combat is interesting at first but devolves into a clunky mess, memory manipulation, while neat at first, becomes a repetitive slog and clambering over objects is nothing new at this point. Put that together with Remember Me’s nine hour playtime and you have a title that’s shine is tarnished by its moving parts.