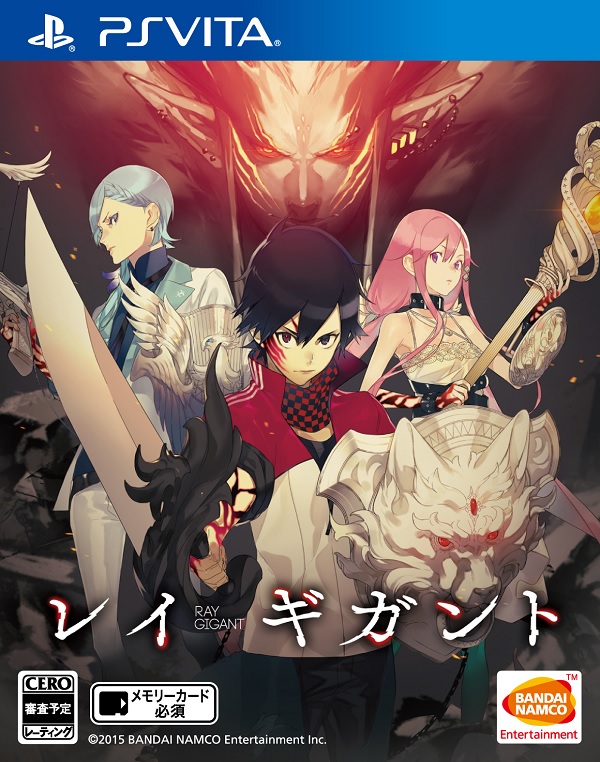 There are many types of genre that thrive on certain platforms and in recent years we have seen the first person dungeon crawler explode onto handhelds. The PlayStation Vita has been home to most of these games with Experience Inc. having two of their titles localized within a few months of one another. Although while the other game was a bit more standard for the genre, Ray Gigant offers something a bit different, the question is whether or not this difference is a good thing.

In a slightly futuristic looking world, a calamity has occurred with the appearance of large beings known as Gigants and with their appearance came the destruction of most of the world and the human race. While humanity is doing its best to survive, a high schooler named Ichiya Amakaze learns that the strange item he took from a shrine is called a Yorigami and is capable of providing him with the abilities necessary to slay the Gigants. The only problem is, this Yorigami has formed a parasitic attachment to his body but he is not alone. 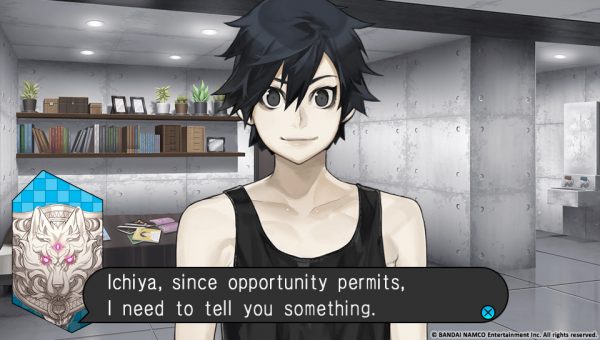 The story of Ray Gigant follows three main characters, Ichiya, Kyle Griffin, and Nil Phineas and as players progress through the storyline they will follow the same order with the story shifting viewpoints from one character to the next as they progress forward. This means that the earliest chapters follow Ichiya, while the middle follows Kyle, before following up with Nil. Thankfully with clever writing and story development, the jumping viewpoints serve as a solid foundation for building an intriguing storyline for this game. You see, unlike many titles of this genre, Ray Gigant is almost a straight split between dungeon crawling and storytelling, with the latter part being the unique aspect.

Players will often find themselves reading through long lengths of dialogue at a time, so much so that one story segment might have more dialogue than a basic dungeon crawler all together. As mentioned though, the fact that the story is put together so well and shifts between characters, and the fact that most of the characters are developed in a satisfying manner, serves as a strong point here. You see, the factions of humanity that are still remaining all have unique ideas as to how to tackle the Gigant threat. 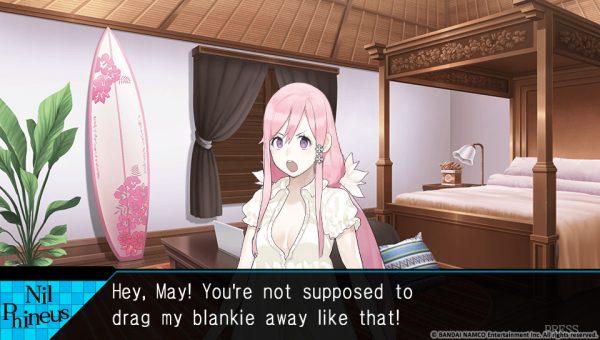 As you progress through the story you will learn not only about the histories of the characters that you are currently controlling but also about the goals of these various groups. It does go without saying however that there are a few moments where the dialogue does begin to drag at times when players simply want to get into the action. While some might find the game a bit too dialogue heavy, the little twists, consistent small reveals about bigger plots, and loyalties shifting kept things very interesting, especially when the story begins to head towards a conclusion and forces the groups to work together.

When players aren’t spending ten minutes reading through dialogue they will be spending their times in the dungeons where Ray Gigant once again surprises with a few mechanics that set the game apart from the standard dungeon crawler. First and foremost players will be sent into these dungeons with a set party that is created for them right at the start, meaning you don’t need to worry about creating a balanced team as one is already established for you. Thankfully the actual designs of the dungeons remain as tricky as ever with there being plenty of puzzles to slow your progress despite being given a team right from the start. 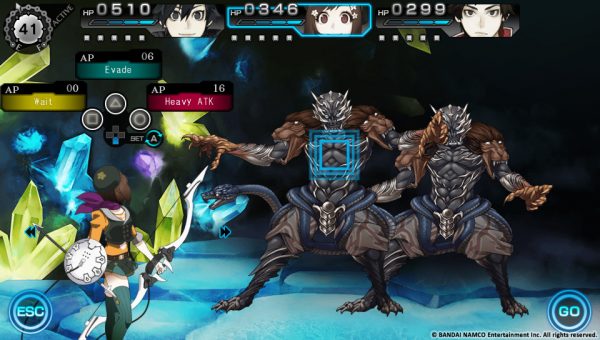 That being said, this is a game that I would certainly recommend to those just getting into the genre primarily due to the fact that it removes most of the challenge found in your standard crawler. You see, while players will generally face off against random encountered enemies and a spike in difficulty between areas and bosses, Ray Gigant forgoes that entirely. In this game players are given a simple goal and all enemies that you will encounter are labeled directly on the map, meaning that you can even avoid fights if you so wish as it is possible to walk around some enemies. While this does help alleviate some stress from puzzle solving and having to put up with multiple fights, it also creates a streamlined and bit too easy of a title to make your way through.

Once you do enter combat things are also a bit different. Players will be given your standard turn based style of combat with various skills, attacks, and items that can be used but the entire three person team shares a pool of Action Points (AP). These AP are used whenever an attack is made, they defend, or even heal in any form and since AP does not restore between battles, players will need to learn to balance their actions as the only way to restore it is to receive damage from an enemy or wait for a turn. This balancing act is alleviated a bit by the fact that the health of your entire party is refilled after every fight. 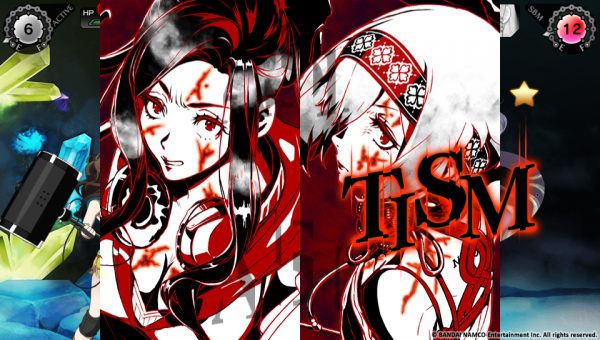 Occasionally during battle players can be sent into a “Parasitism” state. This causes the Yorigami to draw its power not from Action Points but from a fighter’s Health Points. Players do remain in control of their team during this mode so it is up to them whether or not they should risk draining their health in order to save AP and win a battle.

Finally characters can unleash special attacks through a special “Slash Beat Mode” that plays as something of a rhythm mini-game mixed in with combat. Every character in the game is given a unique musical style and when unleashing an ultimate attack players must match the button prompts shown in order to unleash them. The amount of damage an ultimate does depends on whether or not a limited version was performed instead of a full powered one as well as how well you managed to time your button presses.

With Ray Gigant ensuring that players will be spending at least half of their time with the game looking at character portraits and various backgrounds, it is good to see that the developers have put a lot of attention into making sure they put a decent level of detail. Monster designs are varied well enough and the dungeons are laid out in a manner to keep things feeling fresh. 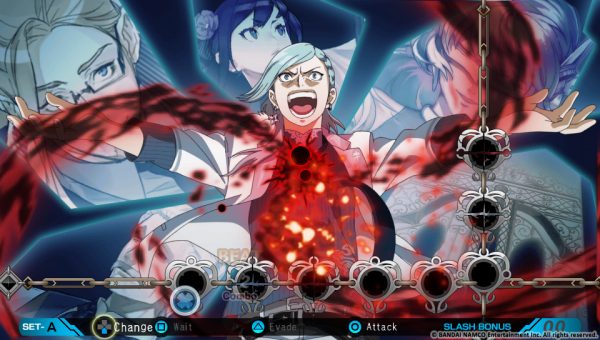 As mentioned before there is actually a lot of attention being given to the game’s soundtrack, especially when it comes to the Slash Beat mini-games as each of the three main characters is given a unique theme to go along with their special attacks. The standard background music serves its purpose well enough by providing a variety of themes to fit with exploration and the dialogue sequences.

Ray Gigant is rather unique for a dungeon crawler. In a genre that often forgoes a storyline in order to toss players into a possible meat grinder of a dungeon, this game puts emphasis on telling a compelling storyline that unfolds very well. The price of this comes in the form of some simplistic and hardly challenging gameplay that runs the risk of feeling repetitive if played for too long of a period. This means that while this game may serve as a nice intro to the genre for some, experienced players will simply be playing for the story more than the fresh gameplay ideas.
Capsule Computers review guidelines can be found here.