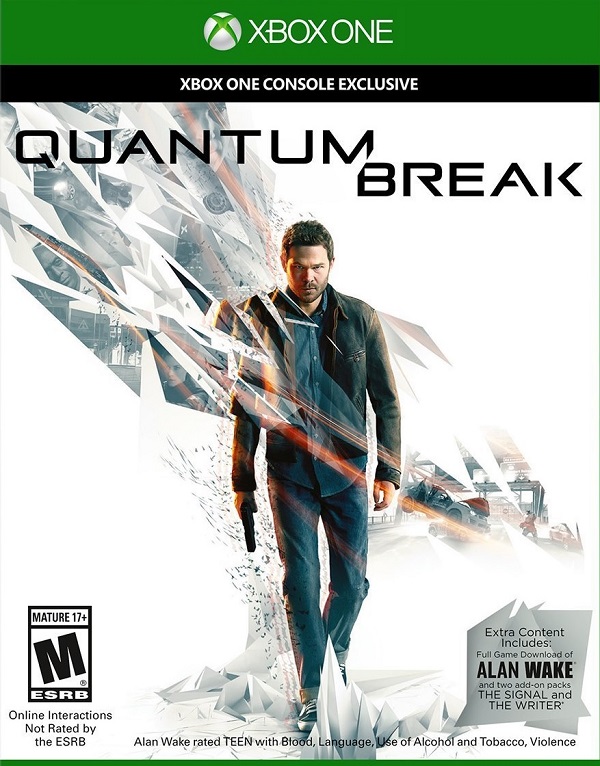 Overview
Remedy Entertainment has long been known for creating memorable and somewhat risky series. They hit the market with their first memorable series, Max Payne, back in 2001 and once again with Alan Wake in 2010. Now six years later the company behind such popular titles is back with another interesting project in the form of Quantum Break. The question is, has Remedy Entertainment managed to strike gold once more with this uniquely structured title?

Story
Quantum Break begins as Jack Joyce travels to Riverport University to meet up with his old friend Paul Serene. After making his way through the remnants of a protest being held to prevent a dominant company known as Monarch from demolishing the campus’ library, Jack meets with Paul and learns that not only does he need his help with a brand new invention, but also that that invention has to deal with time travel. 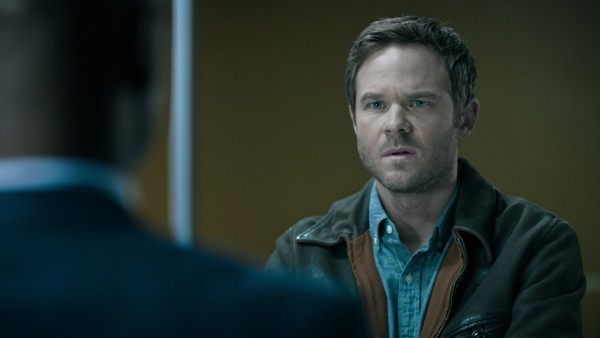 As things tend to play out when it comes to time machines, things almost immediately begin to go wrong as Paul and Jack are interrupted by a face from the past followed by an immediate catastrophic failure, one that manages to give Jack Joyce the power to control certain elements of time. Shortly after learning about his abilities, he comes under attack by Monarch who seem to already know everything that is about to happen and have been ordered to capture Jack and his companion.

What follows is an incredibly interesting story told through two mediums that have been combined in a fairly successful fashion. Players will be spending most of their time playing as Jack while traveling through areas, facing down Monarch forces, and attempting to find a solution to the forewarned “End of Time,” but the amount of depth that players can find and enjoy here is something that is rarely pulled off in video games, especially third person shooters such as Quantum Break. 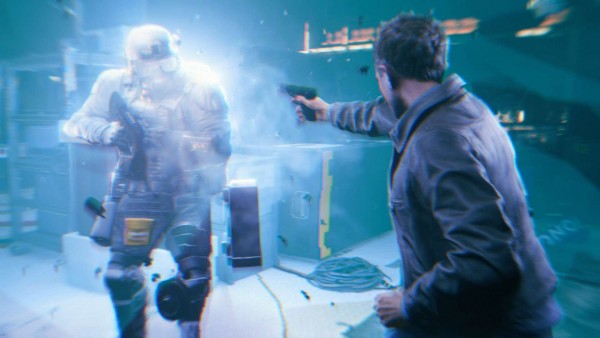 The reason I say this is because, while many people may not bother gathering collectibles, the amount of background information and extra story details that are contained in various e-mails, audio recordings, and even radio broadcasts that are scattered throughout the various stages in the game help provide a fleshed out world. Quantum Break brings back the pacing of Alan Wake in the way that the pace will pick up during shoot outs and then slow things down to expand upon the story by having the player walk through areas and gather info about the world, talk to characters, and help flesh things out and this creates the type of pacing that blends extremely well with the live action episodes.

You see, in-between the major arcs that make up Quantum Break ’s level structure a roughly half hour live action episode will play out. What makes these episodes interesting, besides the fact that they go in-depth regarding side characters in such a manner that players will actually become invested with their storyline outside of the main character, is the fact that the choices players make in the game and certain collectibles they find will play a role in changing certain parts of an episode and even how certain story segments in the core game play out. 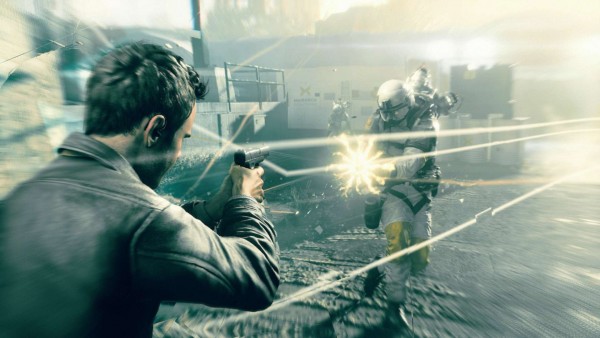 Usually the concept of “your choices matter” is simply a tagline where players often won’t find too much of a reason to replay a game but Quantum Break really manages to pull it off here. Occasionally players will find that they are given control of a certain character that, thanks to his place on the timeline, is capable of seeing how large decisions will play out. Depending on the choices you make during these decisions not only will the live action sequences be changed in various ways to match your pivotal choice but the various characters and even the story provided in certain collectibles will change in regards to Jack Joyce’s journey. This creates a story that players will actually wish to play through more than once in order to see just how things would have played out if they chose the other decision instead. 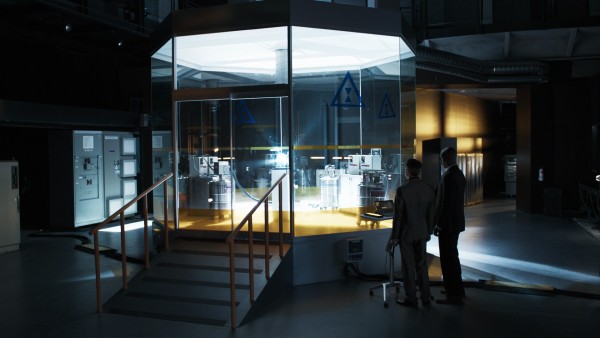 Outside of the core decision making, the actual storyline for Quantum Break is very enjoyable as players will be experiencing an extremely detailed world filled with fleshed out characters and a plot that follows a number of characters as the narrative about time travel, conspiracy, and conflict continues at a steady pace with plenty of twists thrown in to keep players guessing as to what will happen next. There are a few missteps here with a few of the live action storylines feeling like they could have been handled better and a few mildly disappointing moments in the core story, but those looking for a unique game that manages to successfully blend together a game’s storyline with something akin to a television series, will be pleasantly surprised, albeit a bit let down by the way the title handles its inconclusive ending.

Gameplay
The storyline for Quantum Break thankfully turned out to be quite exceptional and it is thanks to the time travel abilities that Jack Joyce obtains that the actual gameplay mechanics end up being enjoyable in their own right. As mentioned earlier, this game likes to slow things down and throw a few environmental puzzles at players, usually making them rewind time on certain objects to reach a new area or simply jumping through an area, but the bulk of the gameplay will be spent using Jack’s abilities to take down whatever forces stand in his way. 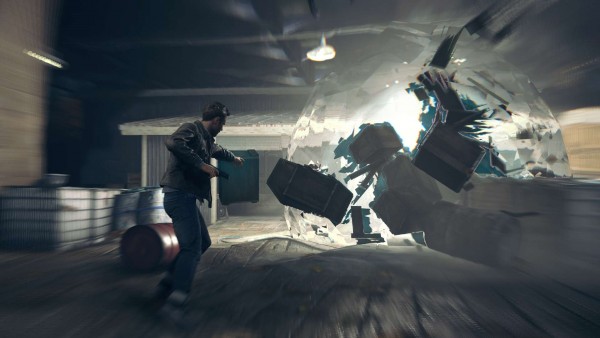 Jack comes with your standard set of weaponry as he can carry one type of pistol, a unique weapon such as a shotgun, sniper rifle, heavy machine gun etc., and an automatic rifle/SMG at one time and will fluidly duck behind cover or slip against a wall automatically when the player moves him into position. The actual gunplay is as standard as it gets here and does take a few hints from earlier Max Payne titles with players being able to unload extra rounds into a final opponent in slow motion.

What makes this combat enjoyable is the fact that Jack is given a variety of powers that make combat much more enjoyable. All of Jack’s abilities have their own individual cooldown timers and with a simple tap or hold of a button Jack can produce a “Time Shield” dome to deflect bullets and, if upgraded, recover health, stop time in a small space in the world and stack bullets into an area only to unleash a hellstorm when it returns to normal, “Time Dodge” to quickly teleport/zip around the area and temporarily slow time to take down an opponent from behind and more. 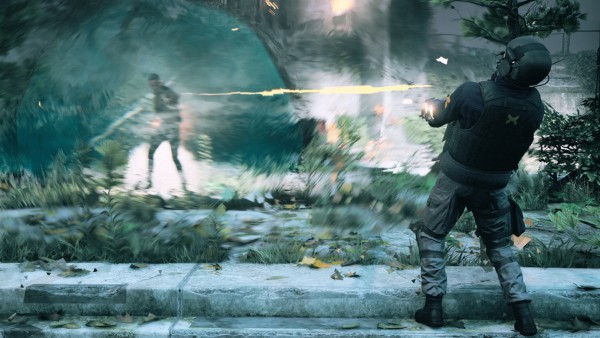 Rather than simply hide and be a standard duck and cover shooter, players are encouraged to stay on the move (especially since some cover can be destroyed) and take advantage of Jack’s abilities to take down foes. Creating a dome shield, zipping behind an enemy in one motion and popping him in the head only to then slow down time and run to the next enemy and nail them with a takedown move creates a number of tactical opportunities that make what may have been standard combat feel highly enjoyable whenever a fight breaks out.

Of course, that doesn’t make the game a walk in the park either as certain enemies are prepared for what Jack is capable of and countermeasures to reduce the abilities of those capable of controlling time are something that players will run into over the course of the game, leaving Jack to either make it out of the fight simply using his guns or destroying the countermeasures to regain access to his abilities. 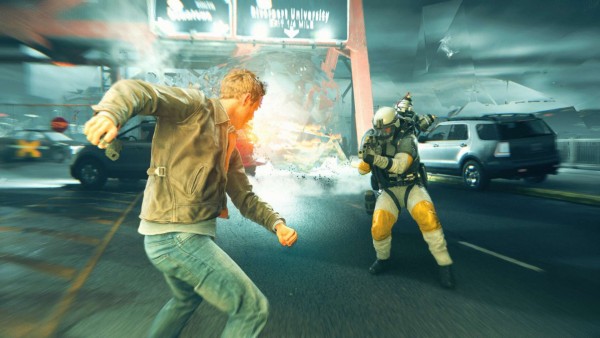 As mentioned, players will be able to provide some minor upgrades to their powers by gathering, amongst the many other collectible times, Chronon Sources that are scattered throughout the level. Unlike the other collectibles that expand on the world and provide background insight to certain decisions, these serve only as a way to upgrade your abilities, though these upgrades are unfortunately fairly limited.

Visuals & Audio
One thing that Remedy Entertainment managed to pull off quite successfully here are the character models. While some developers usually create a character from scratch, this team had to make sure that the models for the game appeared as close as possible to their live action counterparts and they have pulled that off quite well. The models in the game are very nicely detailed and even the basic enemies that you encounter are varied enough in their outfits to keep from being boring. 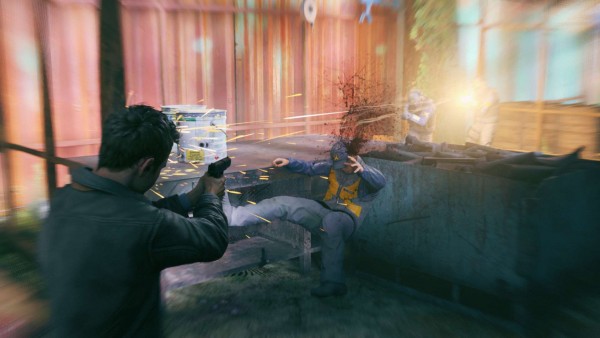 The environments run the gambit of being sterile looking labs to rundown factory buildings and although players shouldn’t expect too much vibrant color here, the details on the world are nicely handled, especially in regards to the way that the time stutters appear. It is worth noting that I never noticed any slow down with the game while playing, but there were a number of moments where certain details on a character’s jacket or part of the environment would end up popping in late.

As for the live action sequences, as mentioned the casting here is handled extremely well with Microsoft and Remedy putting quite a lot of effort into making sure these episodes appeared like an actual television series. The action sequences and the actors are all presented in a perfect fashion and you’ll want to keep an ear and an eye out for various things that will be different if you ended up finding certain collectibles during the gameplay segments. 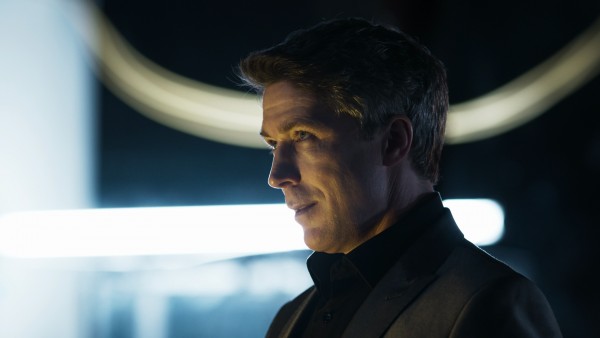 Quantum Break features a stellar cast of well-known actors that have quite a bit of experience under their belts since the majority of the characters you’ll be interacting with and seeing are then represented in the live action segments. This means that the voice work for the majority of the game is extremely well done, though a couple of lesser side characters that have minimal roles or only appear through collectibles bring the quality down a bit. As far as the soundtrack is concerned, there is a decent set of music accompanying Quantum Break but don’t expect too many memorable tunes this time around.

Overall
Quantum Break may have seemed like a risky endeavor back when it was first announced but it seems that, like many of their past titles, that that risk has paid off. Though the game’s core combat may be basic, Joyce’s time manipulating abilities help make it enjoyable and the fact that the game isn’t afraid to slow things down and flesh out the world while also throwing a bit of different gameplay at the player from time to time keeps things feeling fresh. The idea of blending in-game and television storytelling together may have seemed like a strange one, and it is one that does require a bit of collecting to really get the best out of, but it is one that works quite well in this regard and helps make Quantum Break a memorable and very enjoyable title.
Capsule Computers review guidelines can be found here.