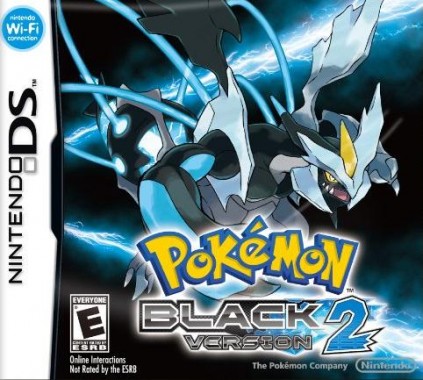 Overview
Since Pokémon Yellow, Game Freak have always followed up a generation of Pokémon releases with one refined version, improving the new formula a tad and adding in a few new features to keep the fan’s interest. Well over 15 years later, that tradition has now been broken as for the first time ever, a true sequel has been delivered for the 5th Generation of Pokémon titles. Pokémon Black 2 and White 2 offer up a continuation of the plot we seen from Black and White, along with some new features and returning species. Of course you hardcore fans already know that a solid experience awaits, but does this set of sequels do enough to keep this generation of new fans tied over until the next?

Story
It has been 2 years since the events of Pokemon Black and White. Team Plasma are back under new leadership, and we now have a new set of trainers to pick from – as well as a new rival. Most of you know the basics. Pick a starter, go after gym badges, and see the plot unfold along the way, but this time the story is even more prominent over the whole “Pokemon Champion” theme we have seen unfold over the years with each entry, making it easy to soak in hours upon hours grinding and training up your beloved squad. 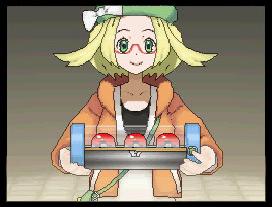 Hugh (or whatever name you decide to name your rival) is quite a change from the snobby, arrogant rivals of the past and simply wants to succeed in his journey while lending a helping hand when he can. Bianca is also back as an aide to Professor Juniper…and yes- she still is ready to stop you several times as you progress forward with new items, news, and tips. Cheren is now the first gym leader, replacing the three waiters and well, the rest of the changes, you need to see for yourself as that is half of the fun within these sequels. 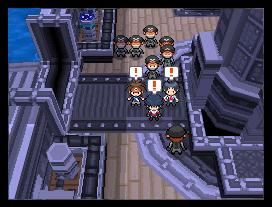 Just like Gold & Silver before it, Black 2 and White 2 are all about discovering how time changes places, people, and Pokémon alike. The narrative has moved in a much more mature direction this generation, and for the most part – it hasn’t detoured off from that route. It’s also still just as exciting to get that badge after a hard earned victory or to watch an event take place. That said, I do feel as if the Pokémon franchise is old enough now to mix things up a bit and this entry plays it safe more than it should. Of course I like earning badges and capturing a well-balanced team, but it’s getting near the point where Game Freak are going to have to break away from their routine in order to truly move the franchise forward.

Gameplay
As far as the basics go, I really shouldn’t have to inform you all in detail of how Pokémon Black 2 and White 2 play. The player starts out with a level 5 starter, which are the same three from the last installment (Snivy, Tepig, and Oshawott). After your usual tutorials, it’s onward from there as you set out to collect badges, battle trainers, and catch ’em all. Players will be able to link to their copies of Black and White to trade Pokemon as well as transfer over little memories and tidbits from their previous journey, but due to the new trainers, that is all a bit superficial this time around – meaning no prior experience is needed for newcomers to this generation. 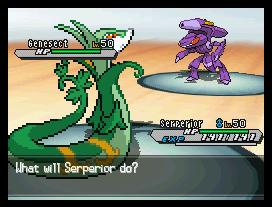 The biggest change for the franchise as a whole is challenge. No longer can one player level up their starter and tackle everything in their path with ease, as the game usually stays a few levels above your own team while traveling from town to town and the varied types that both gym leaders and opposing trainers use are sure to keep even the most seasoned veterans on their toes. Some may not like this added layer of depth, but I found it refreshing as with the hefty amount of species in the game, it was definitely nice to see them utilized to their fullest potential.

The tools of the trade are also at the player’s disposal, with a neat and organized item inventory ready to be used at any given time via the touch-screen. This includes the Pokedex, item bag, berry pouch, and all of the other pockets that fans are accustomed to, along with the recently introduced C-Gear that allows for the varied online capabilities of the games. Wi-Fi features such as the Global Trade Service and your standard Pokemon Center trading/battling stations are also back and work nicely, but the new features of connectivity are what gives this sequel it’s distinct shine. Join Avenue allows players to pass by other owners of the game or swap data via infra-red or Wi-Fi in order to build a budding little community with shops and more interactivity. This may not sound like much, but after a short time I was hooked by the concept as watching this avenue grow is quite rewarding and adds even more replay value to the post-game experience. 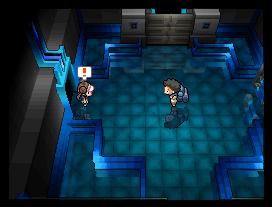 When it comes to the actual battles, not a lot has really shifted by any means in terms of mechanics, but this system is as fine-tuned as it ever was and still easy to enjoy due to the heavily detailed stat system that shadows the simplistic controls. Players will notice that their leveling gauge has been notched out for better tracking of experience points needed, and battling is still as addictive as ever so no one should have a problem with the usual mandatory grind that is required before gyms. If anything, this title adds to that due to the upped difficulty, requiring the player to battle more trainers and wild Pokemon in order to become stronger. Again – this is all about preference, but Pokemon has always been about learning from your own mistakes and becoming stronger as a result, and that formula sticks hard within Black 2 and White 2. 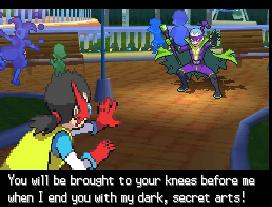 Aside from battles, there are literally an infinite amount of things to do. Level up your squad, hunt for shiny Pokemon, speak to everyone around, gain badges….you know the drill. Unova in my opinion is the first region to blossom completely when it comes to atmosphere, putting the player into the role of their character while demanding total immersion. PokéStar Studios acts as this version’s contests or musicals, letting the player take part in a film role – script and all, while trying to entertain an audience. It’s not the most in-depth feature in the game, but it definitely adds a little more charm to the overall experience. 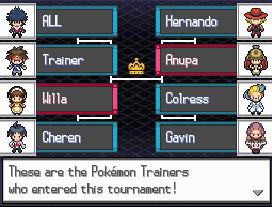 My biggest gripe of Pokemon Black and White was the lack of the older species. That isn’t a big complaint due to how groundbreaking the two titles were, but these installments now offer old with the new, with the best example of that being the Pokémon World Tournament. Pokémon World Tournament acts exactly as it sounds, placing you into a tournament where you must fight one familiar trainer after the next in order to claim victory. To bring out the true punch in this feature comes nostalgia, as nearly every important face from the franchise makes an appearance and is ready to battle with their classic teams – which is a dream come true for those of us who are still clamoring to our original 151.

I’m guessing medals were added to act as achievements to keep players going. Now, they do add a nice bit of incentive for reaching certain landmarks along the long journey within the game, but as a whole – this feature seems to be more of a test for future installments. Do I think this is a nice addition? Undoubtedly. The medal system could certainly use a bit more polish and attention as a whole though, as it would be nice to actually see what medals you score while completing a particular feat – instead of visiting a Pokemon Center to obtain your shiny merits.

Visuals and Audio
As far as the graphics go, not much has been upgraded in any sense compared to the previous entries in the series. All the Pokemon’s sprites have been animated slightly different and run just a hair smoother while in battle, and the menu system seems a bit cleaner – but alas, Black 2 and White 2 still resemble almost every other Pokemon title from the past few years. The environments do seem more alive this time around, with minor details such as waiving grass and windy skies adding a bit more life as you trek onward, but don’t go in expecting a lot of change to the familiar region of Unova on a visual level. 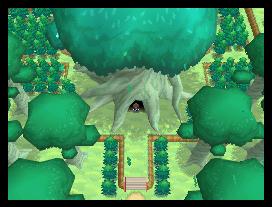 During my time with Black and White, I thought the soundtrack was the best to date. I now stand corrected on that statement, as Black and White 2 takes those tunes and expand upon them. The tunes of intensity when one of your party is low on HP is still as exciting as it ever was due to that remixed tune, and hearing the tranquil melodies as you ponder on throughout the game is down-right soothing. Of course I could ask for more, such as a upgrade to the cries and maybe a few vocals to go along with the cutscenes, but Game Freak are set in their ways of keeping to the original formula, and if it isn’t broke…well, you get the idea.

Overall
Pokemon Black 2 and White 2 are a superb pair of sequels that nail almost everything on the head when it comes to delivery. Unova has been expanded upon and feels even more alive with activity this time around, leaving the player with hundreds of hours of exploration and enjoyment to hold them over until generation six. The new features such as Pokéstar Studios and the Pokémon World Tournament are also fantastic , while the plot only deepens one’s visual image of this mystical region that seems to be giving the Nintendo DS it’s final bow.

It’s funny. I look back and think about holding a flashlight up to my large brick Game Boy at night while leveling a Bulbasaur, and get a warm feeling of nostalgia. These sequels have retained those same qualities of comfort by remaining unchanged formula wise, yet still show how far the franchise has evolved since the days of MissingNo and the S.S. Anne. with how well Game Freak has implemented change in small doses over the past 15 years. Anyone who says Pokemon hasn’t changed are looking through blinders – as these two releases are the result of all of the details stacking together to create yet another unforgettable experience.