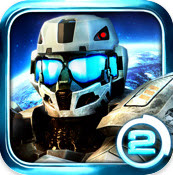 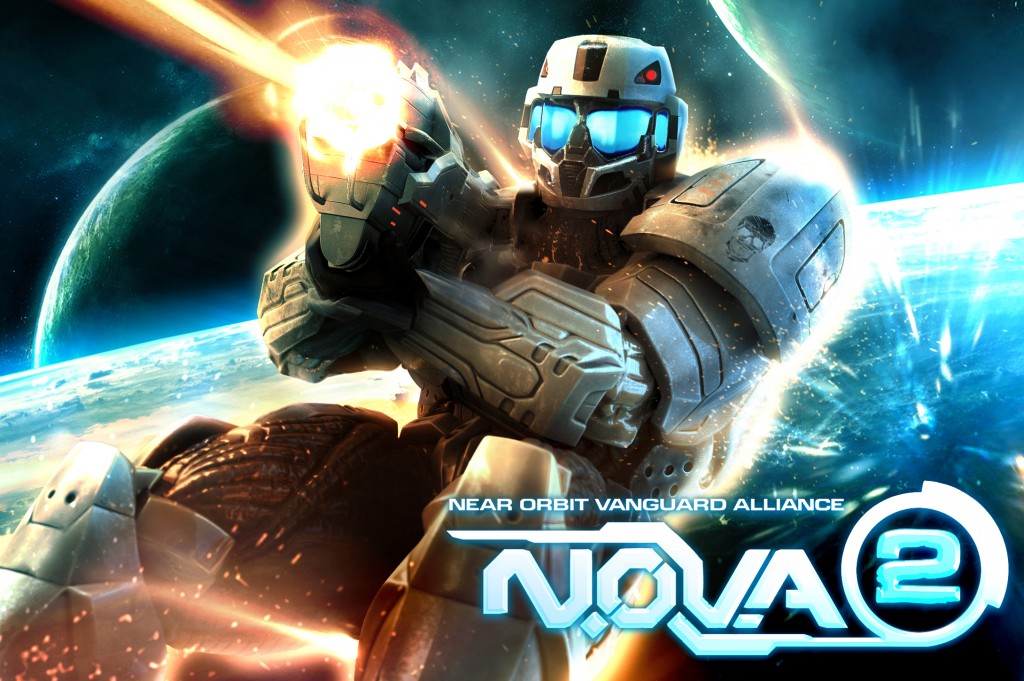 Having had the opportunity to get my hands on the preview build of NOVA 2, I was eager to get my hands on the finish product. I am very positive in saying that this could possibly be Gameloft’s finest game of 2010.  Watching the jaw dropping high definition intro movie totally grabbed my attention and had me pumped up to get stuck into the action once again and save the universe this time from the clutches of an alien race called the Volterites.  To give you a brief rundown of the story NOVA 2 takes place 6 years after the events depicted in NOVA.  Humanity has been thrown into a civil war fought on one side by the central government of the Terran Orbitals and the Human Alien Alliance.  Our hero Kal Wardin has once again retired and is now loving life living on the desert planet of Scorpius, amongst the villagers of that colony.  As you know war never spares even the most peaceful of places and poor old Kal is called back to fight once again.

I have to say that straight off the bat NOVA 2 has to be one of the most visually stunning FPS I have seen on the Apple iPhone.   The amount of detail that has gone into the level designs, character models and environments is outstanding.  Gameloft has really hit the nail right on the head taking full advantage of the iPhones retina display. 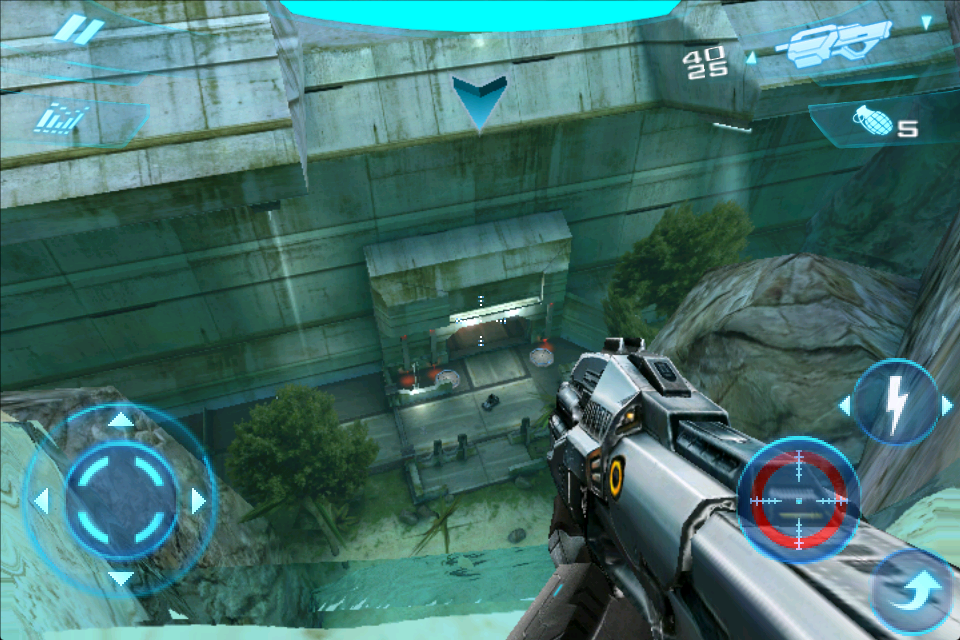 After a dramatic video intro, the first level has you crash landing on an unknown beach.  Here you’re taken through a quick tutorial and can select the type of control system that best suits your play style.  Even though I’m still not used to it – I would totally recommend using the Gyrometric control system.  This makes gameplay much easier as you can keep one thumb on the control pad and one on the fire button without having to take one thumb off either to aim and then return it back to shoot or move.  Once you get the hang of aiming with it, taking down those pesky aliens will be walk in the park.  Well not necessarily, aiming is one thing but ultimately you’re going to have to use wit and skill to outsmart what looks like much improved AI enemies.

Speaking of AI the first real threat in the game appears pretty much as soon as take a few steps onto the beach.  Known as a Volterite Psycher, this monstrosity uses an invisibility cloak and has the ability to pick up and throw large objects your way using its psychic telekinetic abilities.  But don’t worry Captain Kal Wardin has a few tricks up his sleeve to combat this deadly foe and any other enemy that comes his way.  Returning is his electromagnetic freeze pulse that will allow you to freeze enemies in their tracks, temporarily allowing you to plow into them with a barrage of bullets.  Kal also has 2 new special powers obtained during the game, one is neat new melee attack you can select by switching between the electromagnetic pulse attack that allows you to use some sort of disc style blade. On regular enemies like the Red Fury Troopers one slice of this deadly looking weapon will end their pitiful existence.  The second is a Slow time power – when activated the whole world around you is slowed down and you can get stuck into whoever’s been caught in the time freeze. 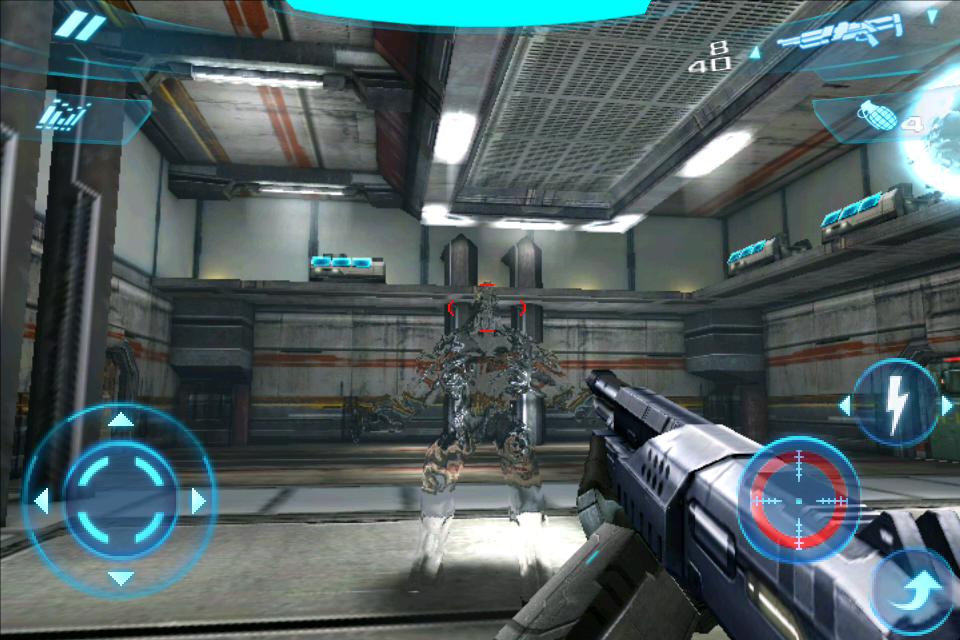 There are some ultra-cool weapons at your disposal in the game to pick up and use throughout the game. Some of the Alien style weaponry were a complete BLAST to use, and handled very well especially the Plasma Gun, Lightening Gun and the Rail Gun (sorry not going to tell you what they do – no spoilers)  The standard weapons are back like the assault rifle, you now have dual pistols as your lower end weapon, the snipers looks and feels the same as it did in the first one, an awesome automatic shotgun, a grenade launcher, a gun that looks very similar to the “Hammer Of Dawn” but drops sentry guns and a heat seeking rocket launcher  that was very useful when taking down huge robotic mechas hell bent on blowing you into smithereens.  There are a few more weapons but I’ll let you discover them out for yourselves once you buy the game.

The action is always full on, there is never a dull moment to be had.  Take for example on just the second level you get jump in and control a huge robotic mech as you try and make your escape.  The mech looks, sounds, feels and controls beautifully and is also great fun to use with its high powered Gatling gun and missile launcher making light work of enemies trying to take you down.   Also making a return is the hacking mini game used to unlock doors or special weapon containers through the game.  The object of the mini game is to manoeuvre a moving orb (key) from its starting position to a unlock port.  Once it reaches that port you successfully have hacked the door or weapons container.  Along the way there are blocks and rotating blocks you can use to make sure the orb bounces of each one correctly so it can make its way safely to its docking port.  Fail to keep the orb in play will result in damage to your suit and you will need to re-hack the system all over again. 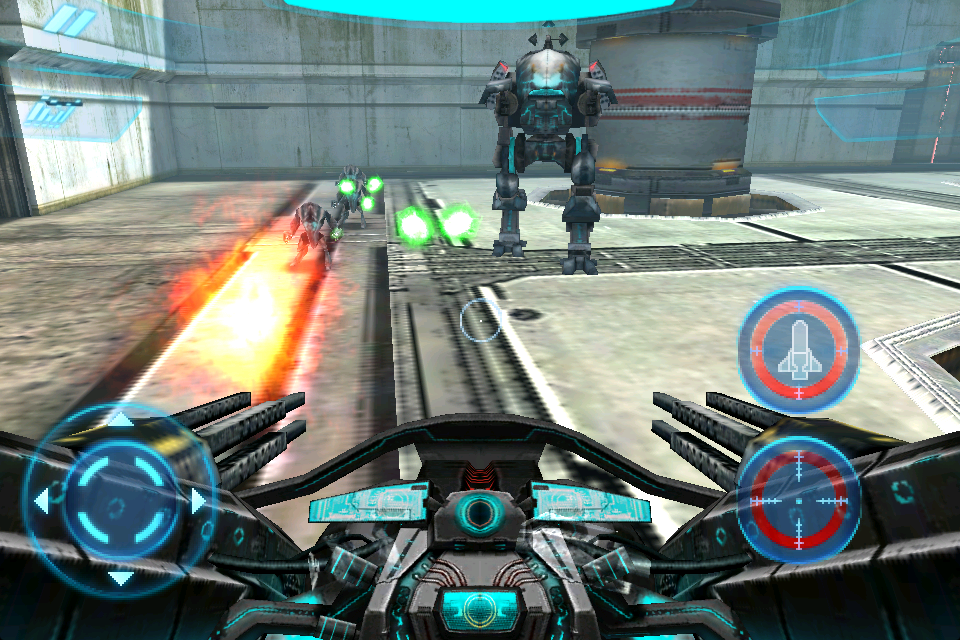 Also scattered in hidden locations throughout the game are special CR credit orbs.  Collecting these orbs will allow you to upgrade your weapons, health and a variety of other cool stuff at the end of each level.  This new feature within the game will make players do a little bit of searching around the levels to find these orbs as purchasing the upgrades will not be cheap but will be well worth it if you can afford it.

The campaign has a total twelve levels taking you to several orbitals = planets with various settings, each level will take you on average approx. 30 to 45 mins to complete depending on the difficulty level.  A neat little feature thrown into the menu system is the ability to check out and read back the log communication conversations that have occurred during the level.  You’ll also be able to see all the achievements that can be obtained in that level.  This is great for all you achievement junkies out there as you’ll be able to quickly and easily see what you have to do unlock them without going into Gameloft Live to read them. 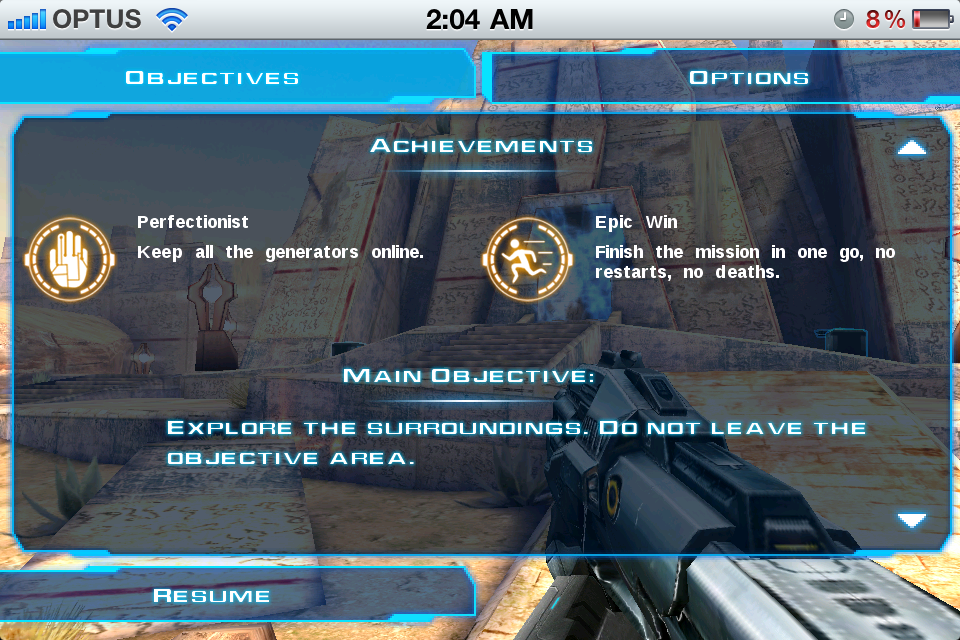 NOVA 2 also has multiplayer, the game supports up to 10 players online compared to only 4 with the original NOVA.  Along with a new ranking and PERK system, there are five different modes:  Capture the flag, deathmatch and team deathmatch, Freeze Tag and Instagib.  There is also an Exclusive multiplayer reward that automatically unlocks for veteran players who have played the first N.O.V.A.  This is called:  The BAGS ( Bass Ass Gold Suit), veteran players will also start with an advanced ranking that will automatically unlock advanced weapons and a special achievement.  So if you want these cool rewards go out and download N.O.V.A right now from the iTunes store. 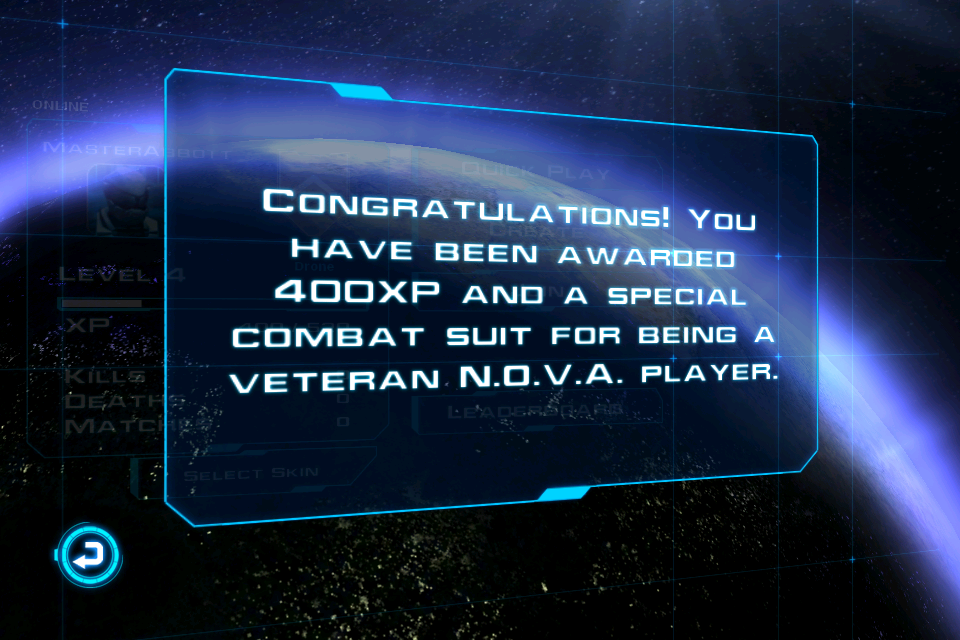 Included with this review is a video gameplay review taking you through the basics and also how multiplayer works.  Please take the time check it out below :

NOVA 2 looks and feels like nothing I have ever seen before on the Apple iPhone.  With upgraded controls, graphically enhanced visuals, intelligent AI, an amazing array of new weapons.. PLUS you get to drive vehicles and control HUGE Mechs plus much more !! Kal will also be able ride motorbikes, and shoot from a running jeep.   If you craving a new FPS to take with you everywhere you go then NOVA 2 will be the game for you.

Deployment into Orbital is now available via the iTunes store !!  Grab this now for Christmas and don’t look back.