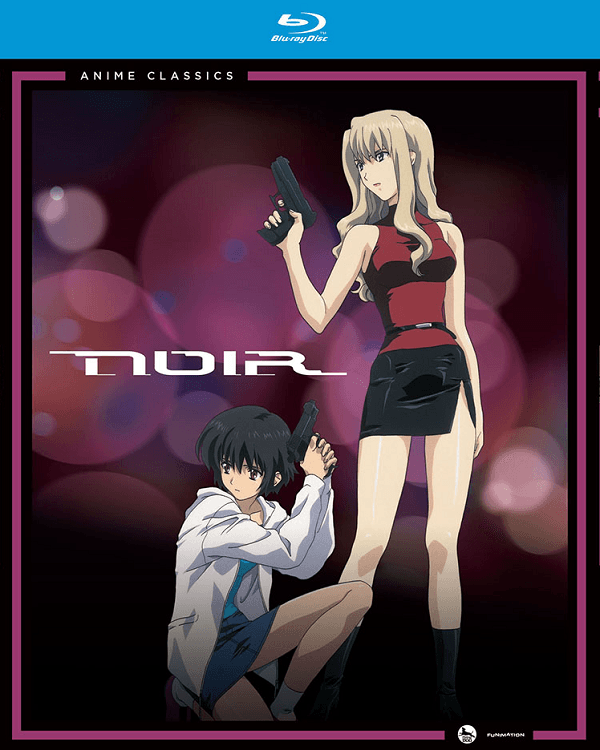 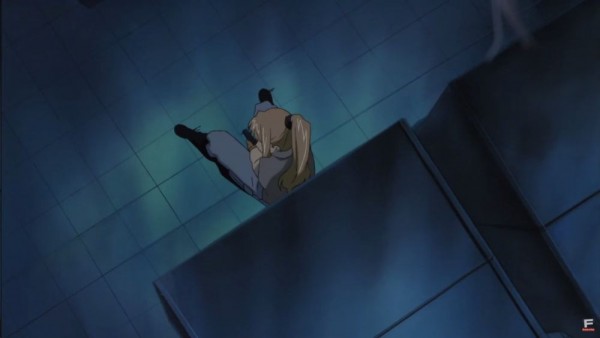 Noir is an anime unlike most on the market. I’d classify it as a serious title, focusing on real people as opposed to the more common shounen anime. Realism is the theme of the day, and watching it gives the feeling that this could have been a live action drama. Cowboy Bebop is in a similar vein, attempting to focus on the extraordinary living among the mundane, though in a sci-fi world as opposed to Noir’s grounded reality. In fact, Starz optioned Noir at one point, with intent to release a live action rendition of the series. While the project was shelved (likely due to complexities in the plot), it’s still striking that such a lesser known anime could have been a studio produced live drama. 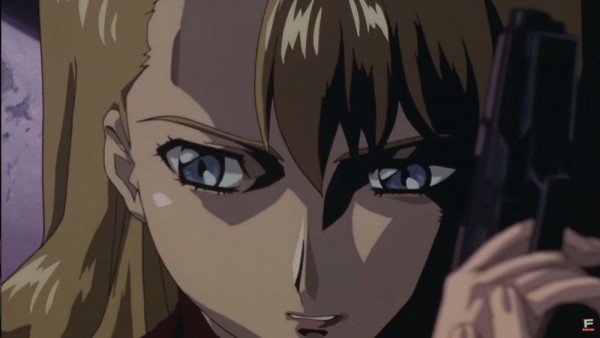 Where the realism starts to break down is the basis of the plot; Noir follows two female assassins working as mercenaries, before delving deeper into members of Les Soldats. Noir is an exploration of the ‘girls with guns’ genre, but unlike later series by the same creator, Noir is firmly grounded in reality. What the main characters Kirika Yuumura, Mireille Bouquet, Altena, and Chloe explore throughout the series is the criminal underground, centering around an Illuminati-esque organization called Les Soldats (in French, The Soldiers).

It would be a disservice to the viewer to spoil the twists and turns of Noir, so I’ll keep this somewhat brief. Noir follows Mireille and Kirika as they carry out assassination missions as their own private mercenary force, the eponymous Noir. The first half of the show is a slow burner, being what boils down to a flavor of the week where Mireille and Kiraka have to figure out then handle a different assassination each episode. However, this serves more as a vehicle for the two characters to grow to learn about each other, and for the watcher to learn about the protagonists motivations. There’s not too much to say about this, although it is very different from episode to episode; it’s just the girls doing various assassination missions in different ways. 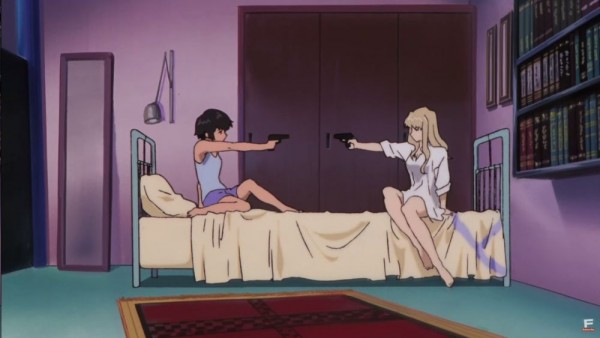 The second half of Noir is where the plot shifts to focus more on the shadowy organization Les Soldats. As we find out, the attacks against Mireille and Kiraka are tests from Les Soldats to ensure that they’re worthy to be called Noir. As often as they are fighting against Les Soldats, the protagonists are working under contracts for them. Viewers are introduced to Chloe who is an assassin for Les Soldats, who carries out her missions with sharp efficiency, and is considered a rival for Mirelle, hoping to partner with Kiraka some day. We are also introduced to Altena, who is a powerful member of Les Soldats, working towards mysterious purposes. 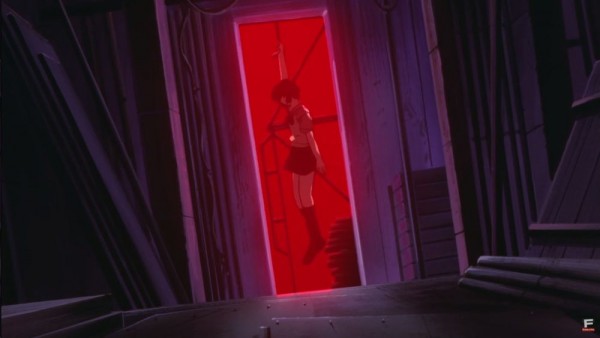 Much of Noir follows the overarching plot of Mirelle and Kiraka trying to understand their past, and how Les Soldats is involved. One of the major issues is that Mireille has lost her memory, and the pair team up to try to figure out why they’re connected. By the end of the series, secretive rituals and a mess of a situation devolve, including many reveals to Les Soldats and where they lie in the power of the world. The story definitely amps up from the slower paced beginning, but by no means does it ever reach Tengen Toppa Gurren Lagann or Kill la Kill levels of speed. It is a much more sedate anime, though this hardly means it’s not action filled. It’s just a different type of action then many viewers will be accustomed to.

The animation for Noir might appear muted next to modern more colorful anime, but this is in line with it’s theming and genre. As a more grounded and realistic show, aiming for the looks of the noir genre the color palette is much more muted, the designs much more subdued. Even so, the dazzling landscapes and excellently done European scenes draw the eye in their own way. While the art, even remastered, shows it’s age quite heavily, Noir still has a classic look to it. Details are done extremely well, with guns and uniforms clean and clearly recognizable. 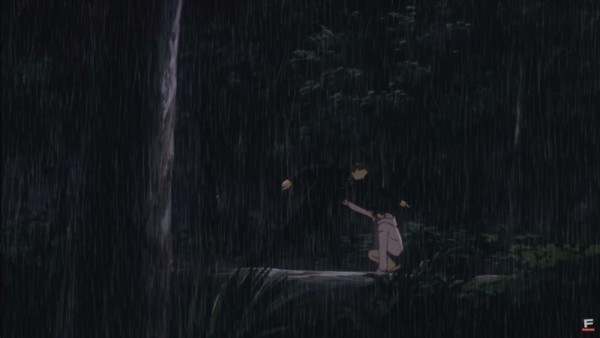 Much can be said about details in modern anime, with guns having become extremely screen-accurate to their real-world designs for example. However, Noir did so in a time where this wasn’t as expected. The animation is clean and crisp, with motion and choreography done exceptionally well for a show released in 2001. And more then anything, the action feels real; there’s no crazy comic-book style stunts of endless running and acrobatics. The visuals ring true because they feel real and feel accurate. If the plot is something you find yourself intrigued by, give Noir a shot regardless of it’s visuals. The animation may be dated, but it’s a prime example of quality animation from it’s era. 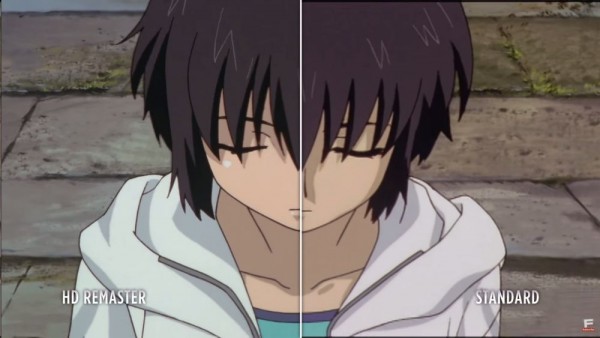 This is one of the areas in which I feel that Noir truly excels. Not in either of the voice casts, though neither is particularly egregious. The English voice cast is a bit stilted, but perfectly acceptable to listen to. It’s not going to blow you away with perfectly matched characters like Cowboy Bebop managed to do (though that of course is the rare exception). The Japanese cast isn’t entirely exceptional either, though for me it was more enjoyable then the English vocalization.

Where the audio blows me away is the long-time critically acclaimed soundtrack. It’s scenic, and sets the emotions and mood of the show more then any script can even dream to do. Choirs and solitary pianos are a major focus, as are violins and even electronic music. The soundtrack is the soul of the series, evoking pain and tragedy in some of it’s tracks, and setting more tone then hours of vocalizations could even hope. The sound effects are exceptional as well, and I get the feeling that the sound was a major focus from the production crew.

Noir features a number of extras with it’s release, most of which are fairly typical for modern anime releases. There are the textless openings and closings, as well as some commentaries (though only with the English cast on a few episodes). Additionally, a few character focused music videos, featuring Mireille, Chloe, and Kirika, are here as well. Various Japanese promo ads are on here as well.

The nicer addition are the interviews, not only with the English cast and crew, but with some of the Japanese cast as well. We get an interview with each of the original voice actors for all four girls, Mireille, Chloe, Kiraka, and Altena. There is also an amusing short featuring sock puppets called Noir: The Unsoled Story. This large number of extras is a great addition to the updated release.

Overall, while Noir was a well-produced show, with clean animation and great sound, I did not find myself entranced by the story. Perhaps my error was watching Burn Notice and Arrow around the same time, but the assassination storyline and early slow pacing did not grab me. While the show’s realism is unexpected in anime, it wasn’t exceptional to me. The slow pacing of the early episodes in an “assassination of the week” pattern was very off-putting in my opinion, and it took me far longer then I expected to get through this anime. 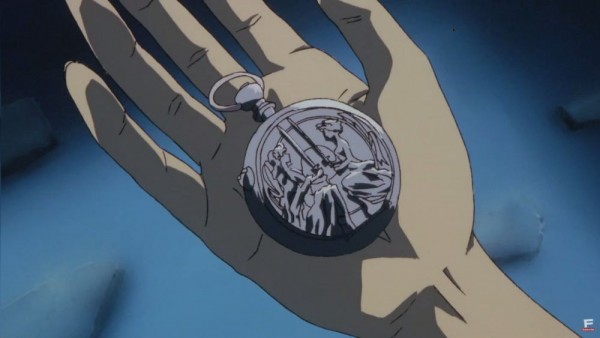 And in the end, that’s my biggest issue with Noir. While it’s a good show, with a plot that picks up in later episodes, I treated it as “getting through this.” When I watch anime, I want to be grabbed and entranced. The realism and real world accuracy of Burn Notice made Noir‘s assassins pale in comparison. It’s a good show, and one that may grab your interest. However, the slow pacing and older animation was definitely a negative in my book. I’d not put Noir on my must watch list, but if you have a liking for the girls-with-guns sub-genre, and you like your anime realistic, Noir is an excellent catch. The audio, music, and some of the animation/design is gorgeous and entrancing, even if the plot lagged behind.