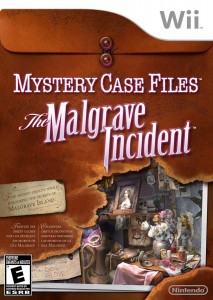 So far in 2011, releases for the Nintendo Wii have been a bit slim aside from a few licensed titles. Thankfully, Nintendo have now published Big Fish Games’ Mystery Case Files: The Malgrave Incident to assist in filling that void. This title combines the classic point and click adventure with hidden object style puzzles, all set in a captivating backdrop with a hefty mystery to solve along the way. I was actually blown away with how large this offering truly is, and while it is not flawless, it still offers a meaty mystery that is definitely worthy of some attention, so without further ado, here is my review for Mystery Case Files: The Malgrave Incident. 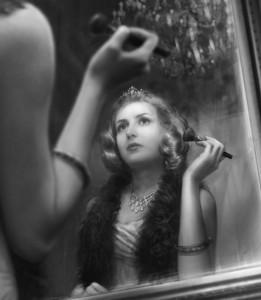 Story
Being a a full on mystery title, I won’t go into elaborate details of the plot with this Mystery Files title for spoilers purposes, but I can easily say those who have played any game from the series (or the whole genre for that matter) will feel instantly at home as the game is set up to let the plot unfold as objectives are completed. Starting out, the player is summoned to the mysterious and legendary Malgrave Island by Winston Malgrave himself. Winston Malgrave is the island’s curator (hence the island’s name) and is in need of the player to collect a mysterious healing substance that could possibly save his beloved wife. Winston cannot complete this objective alone though due to his own illness, so it is up to you to assist him with this inquiry.

With such basic gameplay, Mystery Case Files: The Malgrave Incident could have been a bit flat overall. Thankfully though, this story’s pacing makes it hard to want to pull away as the player is literally rewarded for solving the many puzzles and hidden object games with more insight into the plot, and with twists and turns around every corner, this mystery is engrossing from the beginning and stays on track to a very fulfilling finale. 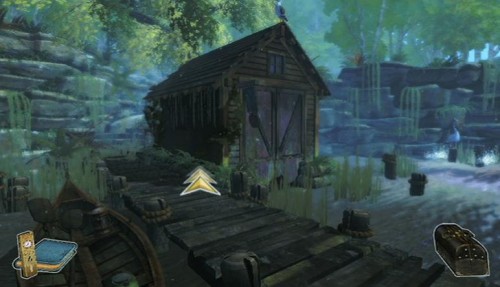 Gameplay
There are several elements of gameplay to talk about in Mystery Case Files: The Malgrave Incident, but I will start off with the most prominent, which is the point and click adventure. While exploring the island, players use the Wiimote to click their way through a set path, investigating the interactive setting along the way. The Wiimote controls perform exceptionally well at this as with a simple press of a button, new areas and puzzles can be discovered at an instant. Everything in this world is very vividly detailed and appears as if you were exploring a living painting, and seeing as the core experience is based around visual discovery, the player must constantly investigate every aspect of the full picture at hand as even the smallest of objects could very well be the key to progressing further.

Winston Malgrave is also at your side at all times due to a Wiimote-like communication device, which is used to give the player tips and hints of what to do next. This is all heard through your actual Wiimote and rings just like a telephone, except there is no option to ignore the call. Little touches like this deepen the experience and put the player at a first-person perspective throughout the whole game, making the story that much more engrossing.

Throughout your travels on Malgrave Island, there are many hidden object puzzles to complete, which make up the other half of the actual gameplay. Once entered, a scene is set with hundreds of items scattered about with text down below, listing off each item that must be discovered to continue. Some objects can be found almost instantly, while others are so cleverly hidden it can take some time to actually find what should be an easy to spot item. Thankfully, for the impatient players out there, a hint system can be used every now and again that highlights the area of where an item can be found on the picture. If you have ever lost something, searched for hours, and then found it right in front of your face with the whole “AH! THERE IT IS!” feeling, you should prepare yourself for a repeat of that experience several times due to the challenging yet rewarding hidden object aspect within this mystery. 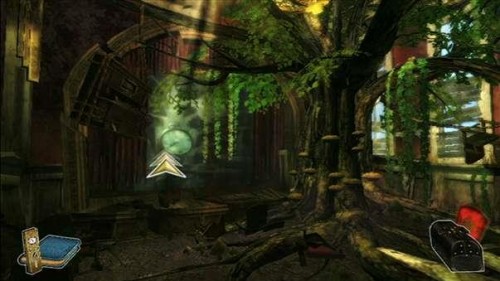 While both types of gameplay work well enough on their own, this adventure does a fantastic job of blending each together. Nearly all the hidden object puzzles have one item that is rewarded after completion to the player, which is then added to your inventory and can be used for the point and click aspect. For example, if you unlock a rope, you can then tie that rope to a cliff and repel down to a new area. Find a pipe? Use it to create a lever to open a path. While you can quit a puzzle early, it is crucial to obtain these special objects due to each playing a pivotal role in moving through the island and essentially unlocking more of the story.

While the item interaction is nice, I did find myself lost quite a bit as the game doesn’t really tell you what you actually need to do with the said object. After careful searching a solution can be found, but some may find this to be a bit monotonous as getting lost on Malgrave Island seemed to be what I did best in my own journey. I feel a simple item description could have went a long way with assistance here, as spending an hour searching for a small interactive section can take the player out of the story and into a point of sheer frustration. 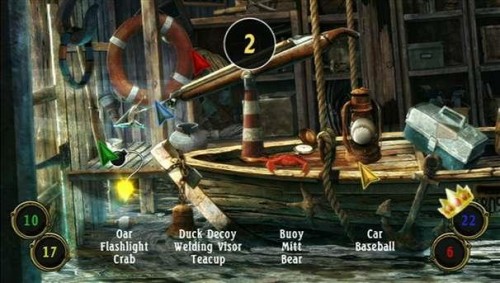 As you complete the main story, more options for the game’s multiplayer mode begin to unlock. This mode lets up to four players compete in three different hidden object games that include finding an item the fastest, finding more items than an opposing player, or competing in a timed mode where a bomb will explode if you cannot find a specific object before the timer runs out. These extra modes are not huge by any means, but the addition of multiplayer is sure to add at least a little more life to this already lengthy title.

Graphics/Audio
As I mentioned earlier, one of the most noticeable traits of Mystery Case Files: The Malgrave Incident is the attention to detail that has been crafted into every environment. This is not a still frame-by-frame point and click either, as the world is beautifully animated and feels alive. The whole art style used makes item searching and exploring a full on experience, in which the sense of achievement intensifies as the challenge grows. Seeing as visuals were such an important part of the actual gameplay, it was nice to see the polish and detail that was presented throughout the game.

I can’t honestly say I remember too much of the actual soundtrack right off the bat, as it wasn’t very noticeable or memorable for that matter. I will say however that the sound effects used set each scene perfectly, with realistic sounds of waves crashing against cliffs and seagulls squawking in the background. I was also very impressed with the utilization of the Wiimote’s speaker. Though it did grind on my nerves a few times due to the volume of the ring, I still managed to find myself paying attention to what Mr. Malgrave had to say on each occasion as every bit of dialogue spoken came through loud and clear.

Overall
Point and click adventures and hidden object games have been around for many years now, and while Mystery Case Files: The Malgrave Incident doesn’t separate itself from those genres to find a new audience, it does take the platform given and makes the most of it with a spectacular presentation value and a highly rewarding experience overall. There are a few moments of frustration and repetition that can grind at players from time to time, but the enchanting story told offers plenty of incentive to continue on until the very end. Add in the very clever multi-player modes and the low price-tag, and Mystery Case Files: The Malgrave Incident makes for a good reason to dust off that Wiimote and dive into a smart and compelling mystery that is sure to test your sight in every way possible.

I give Mystery Case Files: The Malgrave Incident: