Be prepared to read the word “roller coaster” alot.

I’ll be the first to admit I used to be afraid of roller coasters, something that heavy going that fast, it’s similar to the fear that comes with flying. The main difference being, you can’t actually flail your arms like a maniac on a plane, on a roller coaster it’s perfectly acceptable. That’s probably because terrorists don’t hang out on roller coasters, they don’t believe in fun. Case in point, the first time I went flying overseas, I would have been about 10 years old. Taking off was fine, but once the plane experienced some turbulence, I freaked out, arms flailing and started to yell “WE’RE ALL GOING TO DIE”… Yep, I was that kid on the plane, I probably freaked a few people out with my terrorist antics, whilst pissing off my parents at the same time.

Screaming like that is acceptable on a roller coaster, that’s probably why they’re so fun, everyone’s voice muffles one another out and the sense of chaos is pure adrenaline. So, how can a little iPhone game emulate something so awesome? With a 2D platform game that has nothing to with the above description, but ofcourse! This game made me slightly disorientated, I’d recommend keeping the screen at arms length and not to play drunk, just like you wouldn’t go on an actual roller coaster drunk, would you? Or would you… hmm 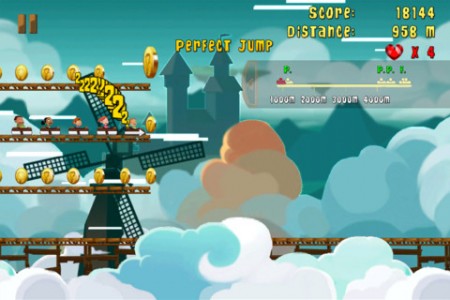 I feel stupid for explaining how this game works; it’s quite simple, like all iphone games that ever existed, ever.  A roller coaster goes along a 2D level, obstacles pop up, and you tap the screen to jump. Holy groundbreaking mechanics batman, this sh#% is off the chain, I believe there’s a swipe thing as well. Oh did I mention, you also collect coins like Mario/Sonic for a score multiplier? All jokes aside, it’s actually pretty fun once you throw in power ups and the speed increases, hence the disorientation that comes along later.

I’ve looked at what other people have said about this game, quotes like “To sum it up, Madcoaster is mind blowing!” – Wow… some people are easily pleased, I didn’t experience any joygasms like that, so you won’t see quotes like that here. Sorry guys who also published Angry Birds, but Angry Birds is better and this one won’t add anymore money to that pile you’re rolling in right now, probably naked. Did I mention you can fly in this game as well? That’s right, fly a roller coaster, what a sick joke. If you ever had a crash on a roller coaster and survived, which is statistically insane, don’t play this game. Save yourself the insult, if you didn’t have a crash on a roller coaster, pay the 99 cents don’t be tight. 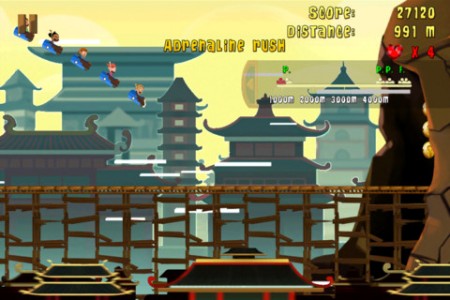 I’m literally playing the game right now; I couldn’t remember what it looked like, that’s how good these reviews are. I’m playing and typing, so you get my live thoughts directly to you, like a stream of pure consciousness.  Can you handle it? I just dropped my phone…

So my multi-tasking abilities aren’t up to scratch, who would have thought. Madcoaster looks surprisingly similar to Angry Birds style, I don’t know about the themed backgrounds though, what’s that all about? The last time I checked (just now actually), Egypt doesn’t have roller coasters, so why put an Egyptian themed background in the game? Are they trying to point out that Egypt is still building democracy, and the development of roller coasters is a symbol of the people’s liberation? Maybe I’m just looking to deeply into it, they don’t look bad, but it was distracting.

“The emotional roller coaster: Egypt’s uprise” is one of the first articles I saw when I googled “egypts roller coasters”. Maybe the level design guy did the same thing, what a cool dude. There are other themes, halloween for example, but I doubt anyone is going to pay real attention to them. But the truth is, if I could paint, I would paint copies of the backgrounds and sell them for squillions. 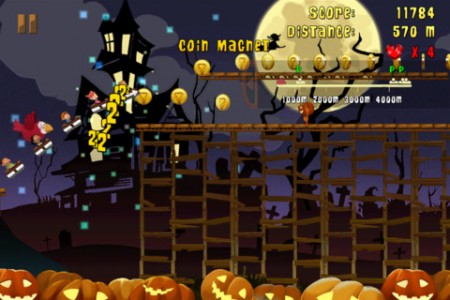 I normally play games on silent, but just for you, I turned the sound on for about 30 seconds. Let’s just say, Results may vary, this is why I play iPhone games on silent.

If you’ve made it this far, you’re probably going to buy the game right? I probably would have been better off simply giving the game a star rating in the app store, sadly that would have more effect on your purchase. Madcoaster doesn’t feature arms flailing, which is vintage roller coaster in my mind, and I didn’t see that. Instead you have these kids who just sit in the roller coaster, hardly animating at any given time, they’re like the best behaving children ever. They’re also multi-cultural and politically correct children, featuring one red head, standard white kids and a couple of others thrown in the mix for good measure. In conclusion, this game is nothing like a roller coaster, but it’s still fun. It’s more fun if you play it while you’re on a roller coaster, I don’t know that for sure, but I imagine it is. 10 out of 10 if you’re on a roller coaster.

Update: there are roller coasters in Egypt, my bad