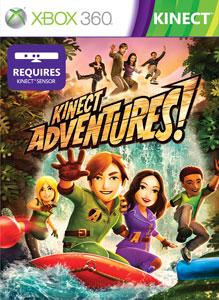 Story
Kinect Adventures puts you into the shoes of adventurers who are searching for living statues. Statues that are actually alive! In order to acquire these statues, you have to do a series of minigames that are located in multiple areas. The game is basically a series of minigames with a tacked on story behind it, to give purpose for doing the minigames. 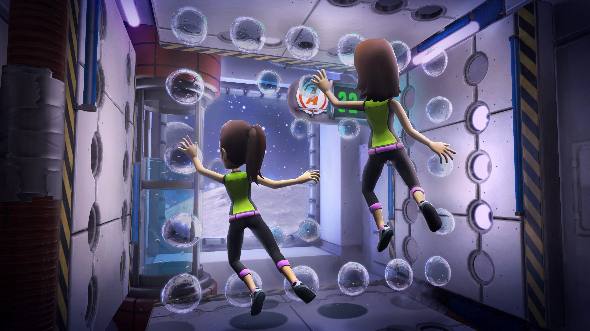 Gameplay
Kinect Adventures is a group of 5 minigames. Each minigame shows off a different aspect of the motion control or a different way of implementing the motion control. The 5 minigames include: 20,000 Leaks, River Rush, Rallyball, Reflex Ridge and Space Pop. 20,000 leaks requires you to plug up holes that are caused by fish while you stand in a box underwater. This particular game will have you acting like a mime as you put your hands, feet, and head onto all the holes in an imaginary wall in front of you or to the side of you. River Rush is all about collecting tokens as you rush down fast rapids in a floating raft. You have to step side to side in order to move the raft and jump up in order to cause the raft to jump. Rallyball, one of the more entertaining games, plays a lot like racket ball except without the racket. You have to propel the ball towards the wall and break the targets and other blocks located on the wall. As you hit the targets you may get multipliers and then as the ball or balls comes back at you, you stop them from getting past you. Reflex Ridge has you jumping, ducking, and weaving your way through a sort of rollercoaster obstacle course. Finally space pop places you into a no gravity zone and you must fly around by flapping your arms like wings and moving forward, backwards, or side to side in order to pop all the bubbles.

There are some multiplayer capabilities in the game as well. Multiplayer in Kinect Adventures lets friends jump in and out at any time. The Kinect will detect the second player and they will be able to control their own person. The only real problem, is that in most of the minigames a second player is more of a hindrance than an actual help. You have to be extremely well coordinated with the second player in order to get good scores on the minigames.

A few bonuses in the game include saving and sending pictures and recording and saving living statues. While you play the minigames, random pictures of you will be taken and given captions. These pictures can be saved and shared with friends. You can also record voice and movement for the living statues you unlock. These living statues can be uploaded to the web and shared on a specially designed site for the game. 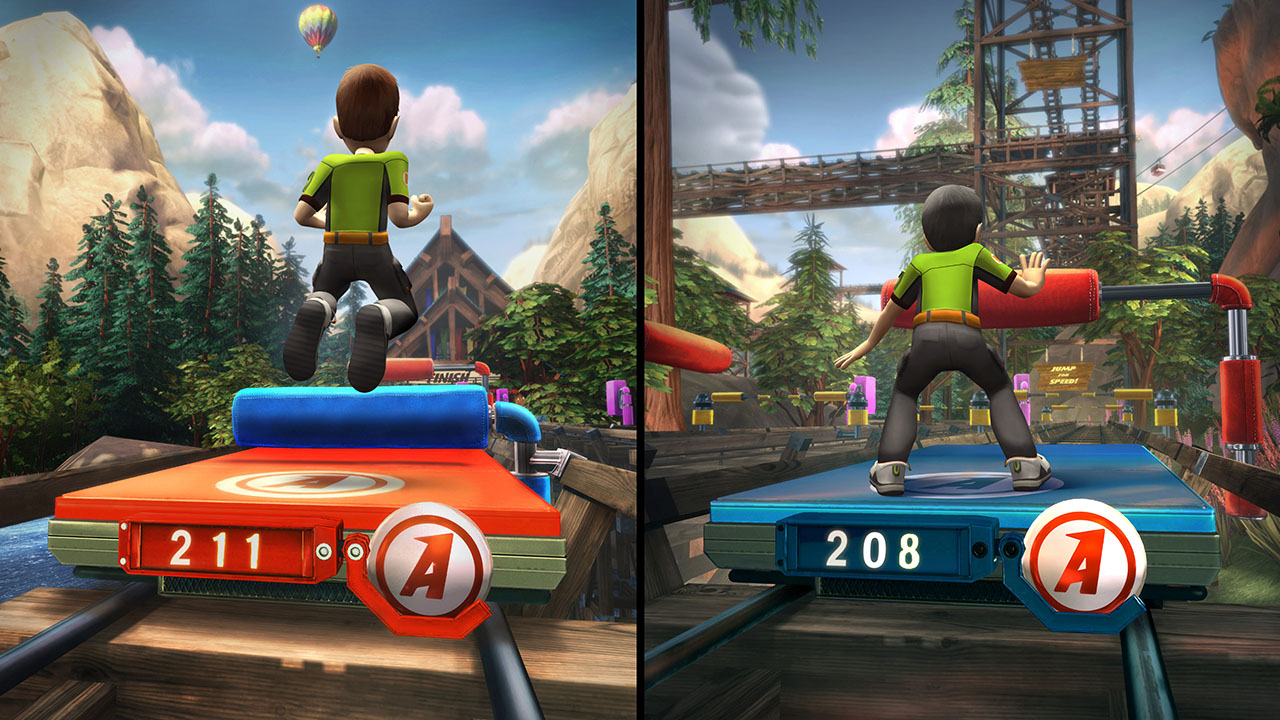 Audio & Graphics
The audio in the game is lacking, with just a few voices in order to accommodate the younger kids. The soundtrack also doesn’t change much. While the initial soundtrack has an adventure undertone that you would expect in any adventure setting. Since it doesn’t change much throughout the course of the game it quickly becomes worn out and less impressive. Two or three more audio tracks would have helped create a much deeper experience.

Just like the audio, the graphics don’t change much as well. Although there are multiple levels and “supposed” difficulties the scenery around you doesn’t alter all that much. Each minigame has a specific area, and each alteration of the same minigame looks exactly the same. In a sense, there is really only 5 different locations, one for each minigame: in a stadium,  on a river, above a forest, underwater, and in outerspace. While it may sound like, a new map per minigame type is great, the lack of alterations between minigame variations cause them all to blur into each other and seem like a much smaller game. 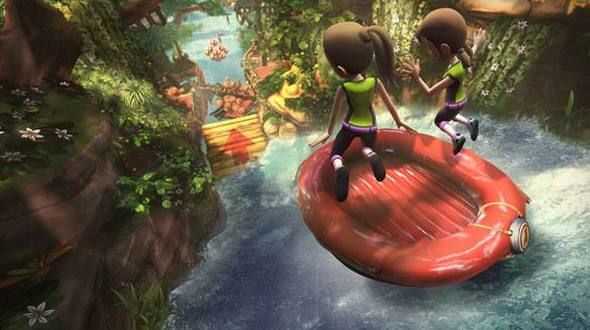 Achievements
The achievements are easy, and don’t take much time at all. The biggest problem with them, is keeping yourself from becoming bored before you finish them all. They require you to pretty much play every aspect of the game. Sadly the game likes to repeat itself a lot, causing for a repetitive gameplay experience. There are some online achievements, as well as achievements for completing everything. It shouldn’t be that hard to complete every achievement, and may only get tedious near the end. There are also 10 avatar awards, which include a complete set of adventurers clothes for both the male and female gender. These clothes can be acquired by simply beating all of the minigames located within the main course of the game. 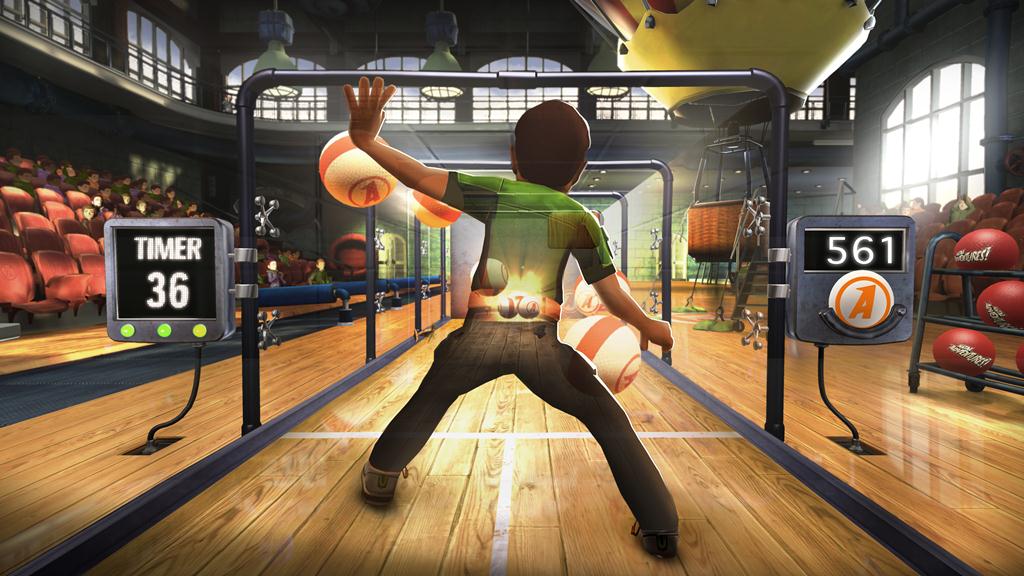 Overview
Kinect Adventurers comes free with every purchase of Kinect and only has one goal: to show off the technology of Kinect. The five minigames located within the game do an extremely good job at showing off what is possible with Kinect, but sadly it stops there. There isn’t much keeping someone playing the game, and once the initial thrill of the minigames wear off they become quite repetitive. The scenery doesn’t change much, and actual goal of the game is pretty pointless. Luckily the game is free, and you don’t need to worry about whether or not to actually purchase it. There is a multiplayer feature and the ability to save and share pictures, but other than that the game is short, simple, and only provides initial fun. It’s like the game serves only to tell the purchaser “This is what Kinect can do, now go buy other games.”
I give Kinect Adventures (as a game)