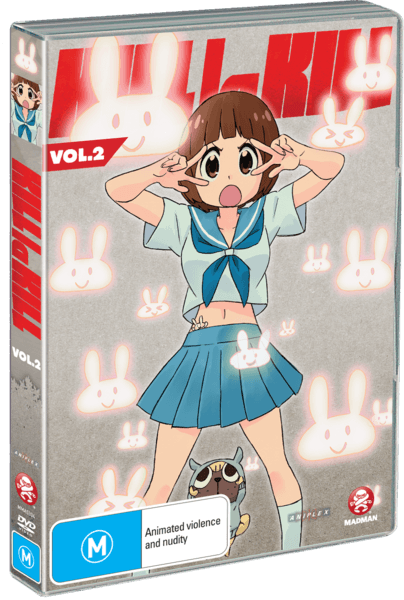 The first volume of episodes was crazy, even by anime standards. It is not for everyone, but it is capable of being entertaining at times. Do these next five episodes feature an improvement over the previous ones?

‘Hikigane,’ the fifth episode overall and the first episode in this set, introduces an organisation known as ‘Nudist Beach.’ Its members prefer not to wear clothing, as the name suggests. However, they specifically have a problem with the Goku Uniforms that Lady Satsuki has produced for her loyal minions and the Elite Four. Tsumugu Kinagase is one member of this organisation, and is bent on forcing Ryuko to strip off her Kamui, all while insisting that he is not a pervert. The two inevitably begin fighting, and during the episode, many club presidents fall victim to Ryuko’s finishing move, ‘Sen-i Soshitsu.’ Aikuro Mikisugi, Ryuko’s disturbingly perverted homeroom teacher, is also a member of Nudist Beach and is in league with Tsumugu. Discovering this, Ryuko demands information out of her teacher, so he tells Ryuko about the strangely-named organisation. 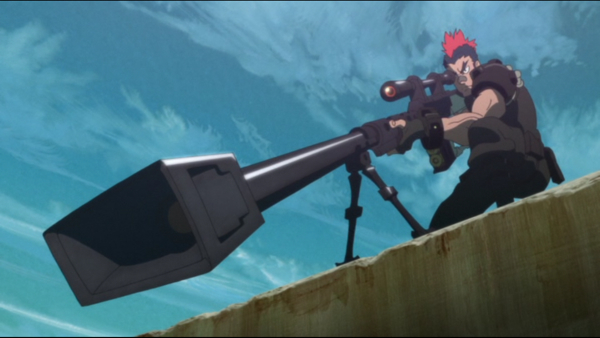 Most of the episodes in this set are spent showing Ryuko fighting the Elite Four, however episode seven, ‘A Loser I Can’t Hate,’ takes a break from Ryuko’s revenge plot and presents some unexpectedly powerful social commentary about social class and status. Although it has been mentioned before that the amount of stars a student has determines their social status, this episode takes it further and looks at what it means for someone to be successful, to move up in the ranks of social hierarchy. As Ryuko helps Mako gain more stars, the Mankanshoku family is moved into more expensive housing and can now afford much greater luxuries. They are all happy with their new lives initially, but Ryuko finds herself lonely now that the Mankanshoku family is so busy all of the time due to their newfound success. Mako continues to gain more stars, becoming consumed with power in the process. This episode demonstrates the potential that the series has to delve into real-life issues. 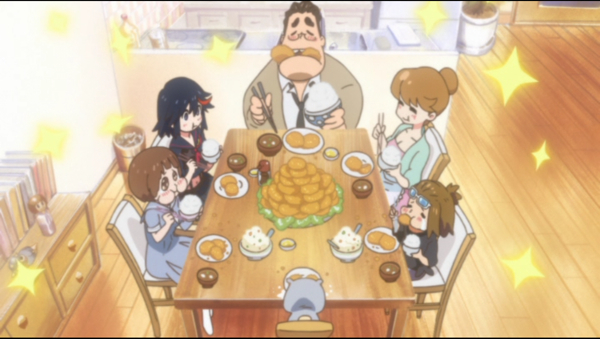 It is becoming more and more evident that the plot is not simply about revenge for the murder of Ryuko’s father. The issues of friendship, family, success and social class are all explored in a way that may hit home for some people, and they are explored effectively, even if something completely random and insane occurs merely seconds after something serious or emotional. Scenes featuring Ryuko talking to Senketsu, for example, provide one such example of seriousness dissolving into comedy as everyone around her thinks she is lonely and crazy for talking to her school uniform.

The comedy in this series is great way to remove any tension that a scene would have otherwise had, and it never feels like a bad decision to have comedy intermixed with all of the seriousness. Mako gets more of her random short speeches, and is frequently shown to be oblivious to the insane stuff that keeps happening to Ryuko. Her family is also great for comedy. In particular, Mataro, the son in the Mankanshoku family, has some moments in the spotlight. Even though his actions have negative real-life implications, they can be a great source of comedy. 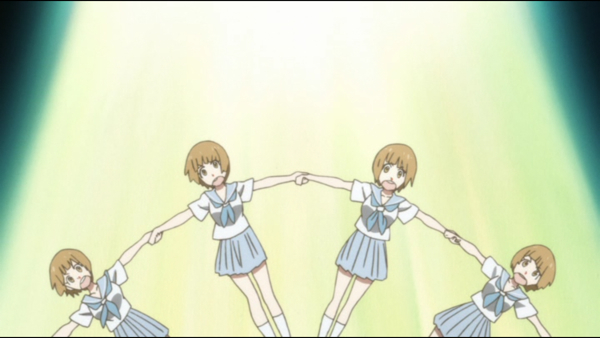 The set concludes with the beginning of the ‘Naturals Election.’ We find out more about Satsuki’s past and how Ira Gamagoori came to be one of the Student Council’s Elite Four. In this flashback, we see just how status and power has gone to the heads of some middle school students. This demonstrates once again that this series has the potential to discuss social issues and does actually use it sometimes. The seven-day ‘elections’ pit student against student, and at the end, Ryuko must face each and every member of the Elite Four in battle.

The visuals are great for the most part. The animation is fluid, even during the high-octane action scenes that this series is known for. Ryuko’s homeroom teacher Aikuro is shown transforming from a regular high school teacher into a creepy, ‘sexy’ member of the anti-Satsuki resistance group, yet whether that is the most bizarre thing to happen in these episodes is debatable. Although genitals and female nipples are once again left undrawn in scenes depicting characters naked, Aikuro once again has his nipples on full display for Ryuko and the viewers at home. The animators go so far as to light up his nipples just to draw attention to them. These scenes are disturbing and little else. 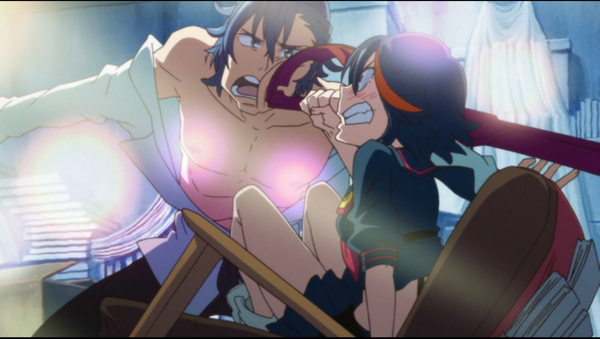 A significant amount of male and female nudity is present throughout these five episodes. While much of it is played for comedy, it is disappointing that Ryuko’s body is pointlessly exposed yet again. Camera angles often show her from an angle that makes her almost entirely exposed breasts the main feature of a shot, and, similarly, her behind is also often shown with varying levels of clothing covering it up. It is unfortunate that such ‘fan-service’ is present, especially in a series that seems determined to at least attempt to challenge stereotypical gender notions by portraying Ryuko as a strong and independent girl.

The audio is even better. The background music continues to be impressive and well-suited to the scenes it accompanies. The English dub also continues to impress; the talented voice cast provide excellent performances as their characters, and each and every voice actor stands out in their roles. English dubs are hit-and-miss, so this is proof that English dubs can be good if enough time, money and effort is put in and if the right voice actors are hired. 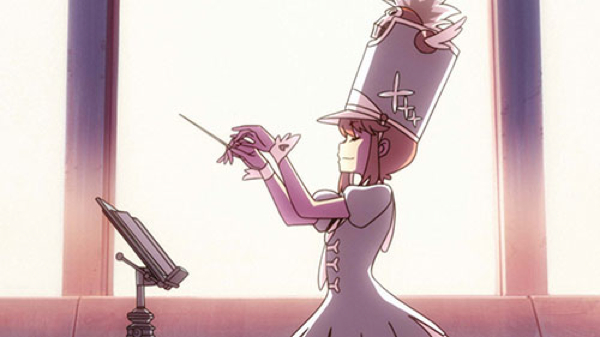 The extras in this release are limited to the textless opening and ending animation sequences. The textless version of the ending scene from episode seven is not included.

That such a crazy, high-octane series can maintain the fast-paced action and nonsense is a testament to Trigger, an animation studio formed by ex-Gainax employees. The single-disc releases of this series will undoubtedly bother some people, but Kill la Kill is worth watching if you are able to look past the blatant sexual objectification of its female characters. Japan rarely produces original anime series quite like this, so if you have not already jumped on the bandwagon, you may like to see what this show is like for yourself.