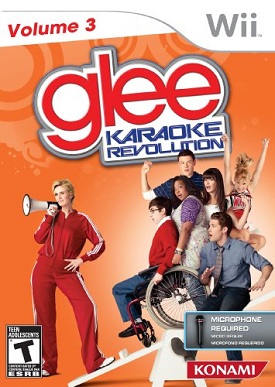 Overview
Whenever something is up to its third release there is always a pretty strong bet that either it’s an awesome game, or it simply has a ridiculous following. Glee, obviously, has one of the most intense, rabid, meme-creating, followings out there so they’ve got the second option done and dusted but what about the first point?

Gameplay
Karaoke Revolution Glee: Volume 3 is based on songs from Season 2 of the insanely popular TV show where you get to sing along to the scenes from the show and release that inner (or outer) Gleek. 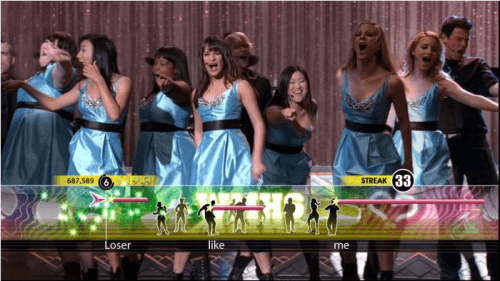 Now I’m not great at Karaoke. And some of these songs require the ridiculously talented voices of the actors on the show, but that’s okay, that’s what ‘easy’ mode is for. First off, they don’t do the thing I hate and have just instrumentals. Especially for some of the songs where I was a little less familiar with them, I needed the anchor of the actual vocals to keep me in place. That being said you can also turn them off if you think that your voice is just way more awesome than theirs. You can adjust the volume for the music, the mics, and the sound effects (which I will go into later). 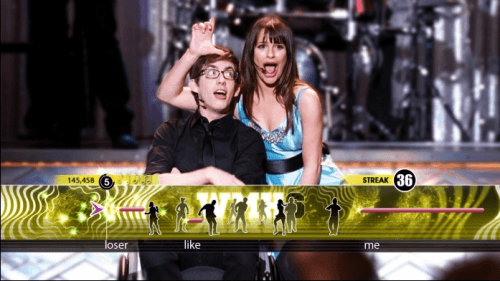 Of course one flaw of the Karaoke system is that, like Singstar, you can cheat by humming around. So even if you do know the song better than your opponent, even if you spend every day singing it in your car and belting out those notes, you can still be beaten by somebody who has never seen the show, has never heard the original, and is just lame. Sorry, competitive side coming out. 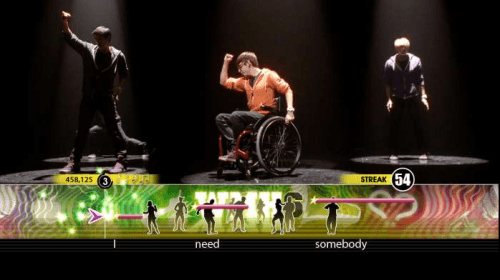 When you perform well the game rewards you quite obviously, declaring your victories and if you have a good streak going then dancers will pop up in the background and your following will get bigger over time. However once you break that streak they all lose interest and go elsewhere.

There are 35 songs in total, with three of them being unlockable and requiring you to put a little extra effort. There are also a bunch of achievements to collect along the way, which you’ll get when (after you’ve finished a song) one of the characters will give you a call. I had Rachel give me a call after a particularly excellent rendition of Friday, and Sue call me when I slaughtered Back to Black. When I say call, I mean just a phone popping up with their face, not actual call. Overall there is a good selection, even though there were a few songs I would have love to seen included, I thought the range they had was pretty good. 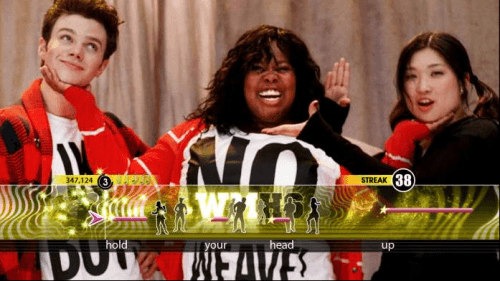 There are also a few different modes and these will affect whether you can have multiple players or just the one. They’re not really explained, and if you’re singing on your own you can pretty much do whatever you like. There are quick play, shooting star and yearbook modes, each which can unlock different things.

So how does the multiplayer play? Well, there are solo/versus modes, co-op where you sing the same thing ad try to win as a team, and duet where you either sing lead or backup. These will differ depending on the song of course, although duet is the only mode that is really picky. 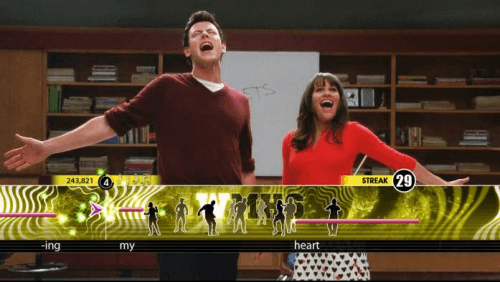 There is a career section, which sounds a lot more exciting than it actually is. Instead of being a mode where you progress and rack up all your points, it basically just recounts all of your achievements, including unlockable photos, goals, high scores and stats of all the points and songs you’ve sang.

Something I actually quite appreciated was that if you spend fifteen seconds on initial menu without doing anything it’ll burst into one of the songs, so instead of just repeating the little acapella tune until you go insane it’ll break it up with a random song selection. So never fear! You can leave this game to its own devices and it will not cause you to snap! 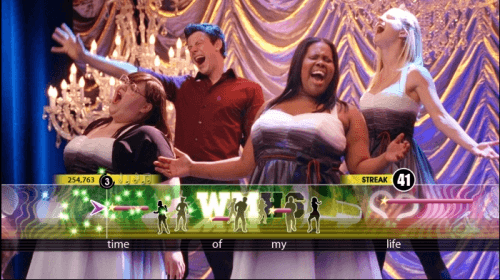 Visuals
The actual show scene that the song is from is shown, and if the scene itself isn’t as long as the entire song version they’ll fill it in with some more clips from other scenes. And if you’re a true Gleek you’ll know from where. So even if you lose the singing part of the competition you can protest and say that you win the general knowledge part. 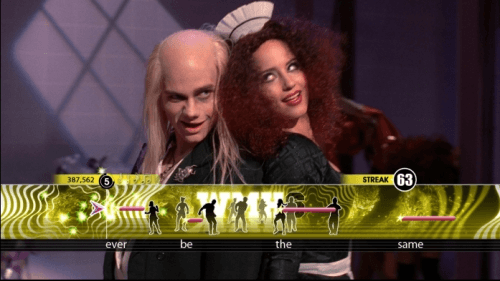 I really do like the fact that they’ve kept it all legitimate and very Glee-y. This will definitely make us Gleeks quite happy. Although, it did make me miss Sam a little bit…

Audio
In terms of the accompanying soundtrack there are a few things that happen during the game. For example, when you wreck a streak a glass will break in the background. It isn’t terribly obvious but once you notice it you will get increasingly more annoyed with it.

You’ll get boos if you’re failing, they kind of sound like ghosts whimpering in the background but there’s no failing out, the game will let you keep going until the end of the song. So I guess you can use this way to just listen to the song if you’re cool with having whimpering ghosts in the background.

Conversely, if you’re doing well the game will shout ‘Glee!’ at you every so often. Which can also get annoying, but hey, maybe it will make you a bit more gleeful.

Overall
Karaoke Revolution Glee: Volume 3 is a game that not everyone is going to like. But they’ve either got a terrible singing voice or way too much pride, because at the end of the day it is a ton of fun. Multiplayer mode lets you hang out, sing your guts out, and possibly fall about laughing with each other. This is a definite must buy for Gleeks everywhere.