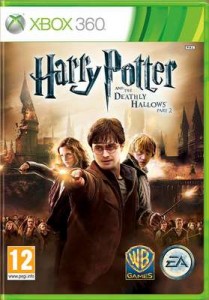 Although the Harry Potter films have been getting progressively better as the cast matured and the special effects improved over the years, the same can not be said for the games which have almost done the opposite. Bar a couple of exceptions, the standard of the games has been slowly deteriorating before reaching the low point of last year’s tie-in for Harry Potter and the Deathly Hallows: Part 1 – The Videogame. While this doesn’t quite best last year’s effort to claim the title of worst Harry Potter game released, this eighth iteration comes close, only marginally improving on the first part of the finale which released in November last year.

On the upside, the tragic standards set by EA Bright Light’s previous effort make Harry Potter and the Deathly Hallows: Part 2 – The Videogame look like a step in the right direction. Back in 2010 it of course marked a change of direction for the series; as Harry and friends set out to destroy Lord Voldemort’s ‘horcruxes’ – still mourning the recent death of Dumbledore – the game took a much more sinister turn. Gone was the safety of Hogwarts. In its place was an darker adventure that took place through familiar locations from the fantasy world, underlining a foray into the genre of third-person shooter. 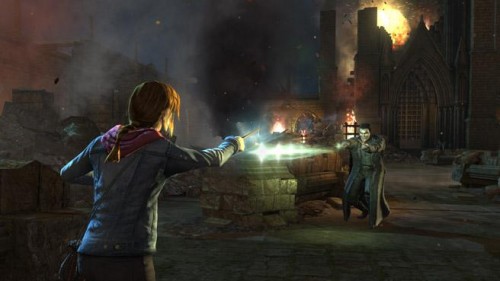 With the change of genre came the introduction of a flimsy Gears of War-inspired cover mechanic. This remains in place, but has at least been improved on since last time, feeling slightly more responsive. The controls are essentially Gears of War too: the A button to cling to cover or held down to sprint, the left trigger to aim, the right trigger to fire spells, and the face buttons to alter the spell you are using.

Throughout the game you are encouraged to use a mixture of spells to take down enemies, for example, as enemies put up shields you must first break their protection with ‘Expelliarmus’ before you can unleash some other fire power. You gradually learn spells as you progress through the single-player campaign, but the consequence of EA Bright Light treating wands like rifles is that your finger can become rather tired flexing again and again on the trigger in combat. Unlike sub-machine guns, most spells don’t have automated fire, meaning you have to repeatedly pull the trigger in order to create a volley of firepower worthy and knocking out an enemy, simultaneously giving you a repetitive strain injury on the index finger on your right hand. 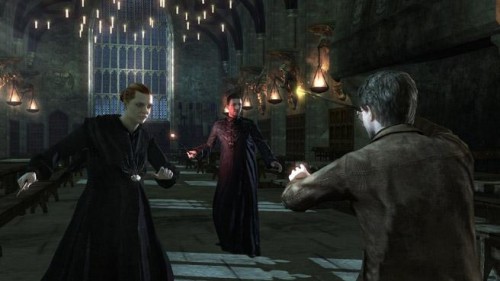 Like your foes, you too have a ‘Protego’ spell to generate a protective force field around you, deflecting the impact of any oncoming spells back at the sender. When you do take damage, a rather fancy health system lets you know how close to failing you are by becoming increasing shrouded in black smoke, like that of the Death Eaters. This then heals over time when you aren’t getting hit, removing the need for any health packs and generally keeping the heads-up display free from clutter.

Obviously the story follows that of the attached movie, giving its slightly speedier retelling of events and skipping out any scenes lacking action. It almost assumes players will have either read the book or watched the film by the time they play the game (which, to be fair, will be the case for most other than those who pick up and play the game before they get around to doing either) in the fragmented attempt at storytelling. This isn’t helped by some poor voice acting which ranges from being snippets of dialogue from the films, to dull phrases from sound-alike actors who have stepped in to play the role of many of the characters.

Playing through the story sees you take on the role of a total of 8 characters, so you aren’t just limited to the controlling of Harry. However, this doesn’t aid the one-dimensional mission structure which is typically walking a straight path, fighting waves of limited character models until they stop coming and you are allowed to move on, waiting for your AI team-mates to/protecting someone while they open a door, and then repeating the process all over again. 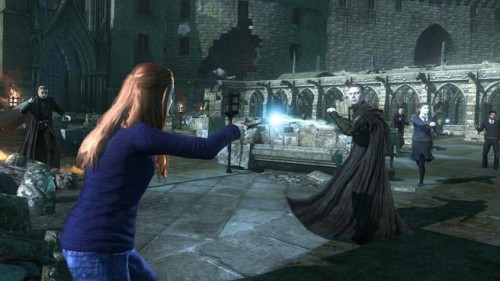 For some strange reason, Harry Potter and the Deathly Hallows: Part 2 has gone for a slightly alternative cel-shaded art style, more so even than the last one which hinted at a new direction for the graphics. It’s not necessarily a bad thing, more a matter of personal preference. It looks fairly well presented even if some characters don’t look much like their cinema screen counterparts.

Conversely, of all the game’s attributes, the most striking one is its length or lack thereof. The 12 short chapters equate to completion time of around 4 hours, showing it only marginally outlasts the movie itself, something that comes as a bit of a disappointment considering the movie is supposed to be finished in one sitting, not the game. While this would stand as a lengthy single sitting, to all intents and purposes a full-price retail game having 4 hour lifespan doesn’t give you value for your money.

There are extras, but these serve only as additional bonuses to squeeze every last drop of so-called ‘entertainment’ out of the game. A challenge mode giving you time-based re-runs of sections of the campaign adds nothing new and very little to the experience; the same is true for the extras section which isn’t much more than a character-viewer. There is an ‘expert’ level of difficulty, complementing the two easier difficulties present, but sadly both your team-mates and the opposition remain just as incompetent as usual, just with the latter dealing and being able to endure more damage. To top it off, expert mode, along with all the extras are locked from the start and can only be opened up by gathering an assortment of collectibles. 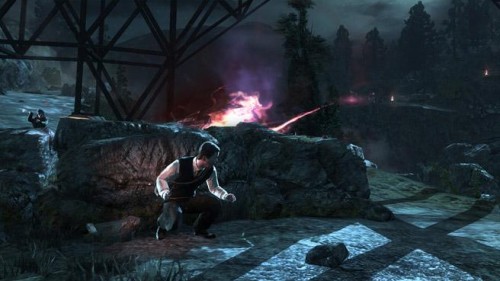 In conclusion, Harry Potter and the Deathly Hallows: Part 2 – The Videogame may have one of the longer titles in the videogame world, but a short story mode and bland extras ensure this isn’t the case for the gameplay. The evolution from action-adventure game to third-person shooter and the combined visual changes will appeal to some, but most will see past its Polyjuice Potion disguise to realise that this isn’t the wonderful Harry Potter movie/book, but an average shooter which doesn’t nearly do the license justice.