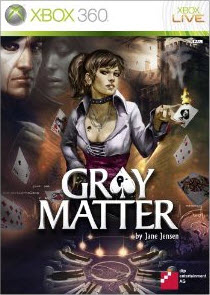 As a genre, point ‘n’ click adventure is one that has yet to make its presence felt on the Xbox 360, with only a small number of Xbox Live Arcade games springing to mind which meet the criteria. While all of them seem to generate their own following, none seem to be able to breach into the mainstream audience, leading one to question whether there’s a market for them on the console. Good point ‘n’ click adventures have always ranked highly among PC gamers due to how well a computer mouse works at ‘pointing’ and ‘clicking’. As this genre of games goes, this is another good one for PC, but, like many others before it, fails to smoothly implement the control scheme on a pad. 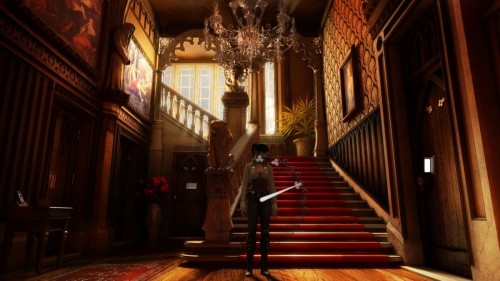 The story is written by Jane Jensen, who was author of the Gabriel Knight series among others, and sets similar high standards where narrative is concerned. It’s a stunning story which comes together through a number of different elements uniting to form one of the best pieces of storytelling that I’ve seen in a game for quite a while. The game starts with a cutscene which sees one of the two playable characters, Samantha Everett, riding through heavy rain on her motorbike towards Oxford, but after her bike brakes down, she’s caught out in the rain in the middle of nowhere. With no other option, she decides to take refuge for the night in an old building by posing as the ‘new assistant’ they have been looking for. This initial cutscene immediately piques your interest, having you asking yourself a series of questions. When she wakes up in the morning, Sam decides she has to get away before they find out she is an impostor, but when she discovers that the place she is staying, Dread Hill House, is a Centre for Cognitive Research, and learns of the mysterious Dr Styles, she is eager to find out more and chooses to stay.

As aforesaid, Samantha isn’t the only playable character – you also get to play as Dr Styles himself as you progress through the story in some chapters. This all links in with the story very well, and each characters’ backgrounds are slowly revealed through both monologue when interacting with items and through the some of the dialogue when speaking with other characters. Each chapter is broken down into a series of tasks you need to complete, but as you go about trying to find out something, these soon branch out as you find out more and discover something else you need to chase up to continue with your main aims. 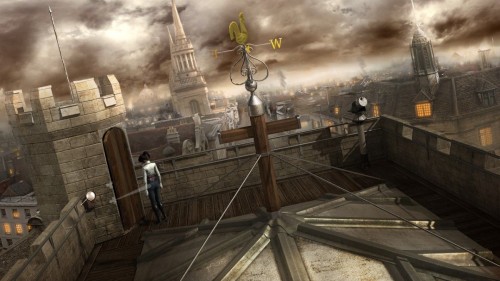 Gameplay in Gray Matter plays out as expected from a point ‘n’ click adventure, with you selecting items from your surrounding environment to investigate or use. This is where the Xbox 360 version is weaker than its PC counterpart, as the awkward controls are a far cry from the simple PC alternative. You can walk around with your character using the left thumbstick to get closer to the parts of the environment you want to interact with, but once there, you then press L to bring up an awkward drop down wheel. This presents your options at different points around the wheel for you to then select with the control stick.

Unfortunately, the positions of the options change as you move around the room, to make something which could have been just about adequate, unnecessarily fiddly. The icons will also be different depending on the piece of scenery you are hovering over, corresponding to the action that will be done on the area. It can range from an eye for looking, a mouth indicating you of a conversation, or magnifying glass showing that it’s something that can be examined closer. Movement around the map is also handled by clicking on areas with a doorway icon, with the addition of an overall map allowing for travel between different zones of the city. There’s also an inventory of all the items you acquire as you go along, some of which can be equipped and put to use when performing actions on your surroundings. 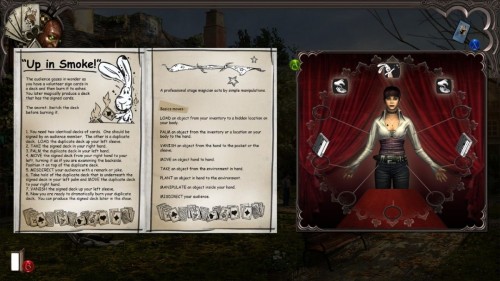 To give credit where credit is due, Jane Jensen has done a great job on the story – the plot is genuinely interesting and gripping enough for you to persist with the slow-paced gameplay just to find out what happens. This is done through the gradual dispersal of information, well-timed revelations which maintain the constant sense of mystery. Gray Matter knows that the greatest fear is the fear of not knowing, which is why everything is always kept shrouded in mystery. The eerie atmosphere is further contributed to by subtle music playing quietly in the background and some picturesque but slightly sinister settings. One of the reasons why some of the scenes are so picturesque, however, is because they are totally static, although this won’t come as a shock to anyone who has played a point ‘n’ click adventure before as it is fairly normal in this genre. As a result of this, though, in-game animations are rather uninspiring, with interactions with objects looking fairly wooden, automated and they aren’t even always lined up. Other than that, the presentation is sound; the environments are well-designed, giving a hand-drawn visual style. Cutscenes are equally stylish, probably more so, with a similar but exaggerated take on the hand-drawn looks.

What really ties the game together and makes it a great story is the convincing voice work. The characterisation is excellent, with the script imitating real-life speech patterns and colloquial dialects to produce a stream of believable characters throughout the game. There’s even some colourful language on occasion to inject humour or strong emotion depending on the delivery which is almost always spot on – the voice actors deliver a good performance. 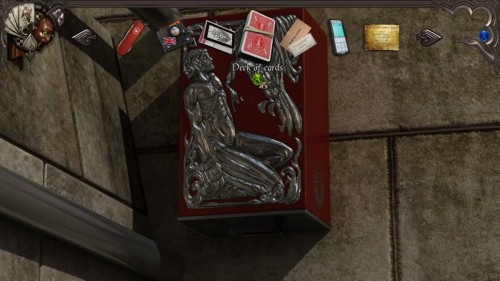 Overall, the slow-pace of Gray Matter will be a real shock to the system for those reared on games which deliver explosions and dramatic set-pieces at every instant, but the pacing of it all is the key to why the story is such a success. The gradual dispersal of new revelations and plot twists means the plot is continually thought-provoking, with the slow piecing together of the main characters’ back stories allowing you to fully understand the characters. The quirky art-style evident in the settings and cut scenes, a solid script well-enacted by the cast, and a subtle but effective musical score all come together to make an immersive final product. The gameplay is slow-paced as is typical for a point ‘n’ click game and could take some getting used to for those inexperienced with the genre, although most will persist – if only for the enjoyable plot. Some minor glitches remain in terms of movement around the map, and annoyingly, the in-game step-by-step magic tricks used on occasion to progress with the story can’t be performed with the use of your hands reversed, but these are small things that shouldn’t really be dwelled on. The control scheme on the Xbox 360 is a little awkward so I would recommend that if you have the choice, go with the PC version, although either of them are definitely worth a look thanks to a well-executed storyline.