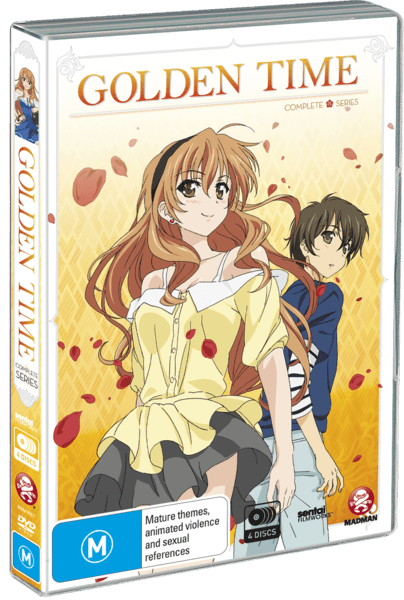 Tada Banri is a first year student at a law school in Tokyo. One year prior to entering university, he developed a serious case of amnesia following an accident. Through sheer coincidence, he meets and becomes friends with fellow first year student Mitsuo Yanagisawa on his first day of university. Mitsuo is the childhood friend of Kaga Kouko, another first year student. She has an unhealthy obsession with her alleged fiancé Mitsuo, and attempts to manipulate Tada into helping her stalk Mitsuo on multiple occasions. Their friendship group eventually evolves into a group of five, and they go through daily university life while trying to manage their own feelings and emotions and struggling to come to terms with their individual pasts and the present.

Alarm bells should immediately ring when a Japanese series features an amnesiac as a protagonist. Amnesia is at the point of being a trope in Japanese fiction, albeit one that could be used much more effectively than certain other tropes. Series featuring amnesiacs can be more thoughtful than they might seem on the surface, but they do not typically portray amnesia realistically. It initially seems as if the author of the Golden Time light novels, Yuyuko Takemiya, does have at least a basic understanding of the effects of amnesia. The key word there is ‘initially’. While Banri does suffer from complete memory loss, his reactions to certain elements of his past are obviously artificial for the sake of being melodramatic. Many interactions between all of the characters are melodramatic, but despite the series going off the rails in its second half, it ends up being a somewhat realistic and occasionally thoughtful portrayal of university life and the effects and implications of amnesia. 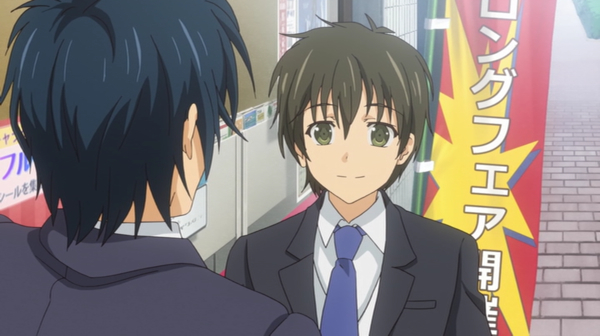 The concept of a personality reset has a lot of potential in fiction. Banri’s character does slowly grow after he begins his first year at university. Unfortunately, even for an otherwise generic audience insert character, he is extremely cowardly. He does stand up for himself and others on a few occasions, but for the most part, he is one of the weakest and most socially inept characters in any anime and manga series ever, and that says a lot. Some allowances can be made due to his amnesia, but even that does not help much. Having his memories return was always a possibility, but instead of giving Banri an emotional reunion with everyone he knew before the accident, the original author gives Banri a series of increasingly frustrating experiences that seem to completely ignore how the human brain actually works. It may be helpful for viewers to know that the ending does right many of the wrongs created by the author, but it is hard to say whether or not this is thanks to the production team of this adaptation.

The other members of Banri’s group are surprisingly three dimensional. Oka Chinami is a member of the film club along with Mitsuo. Her big reveal later on in the series feels natural, and the emotional impact it has on her is explored for a while. Oka eventually ends up fading mostly in the background, but she does play an important role. The character nicknamed Nijigen-kun (2D-kun) also plays a vital role in important events. He is an archetypal otaku, but he is a surprisingly strong character on his own. He genuinely cares about the three dimensional friends he has. Kaga Kouko is the last, but certainly not the least, character in the main group. Her tendency to stalk Mitsuo in the opening episodes is annoying, but she eventually stands out as one of the better female leads in recent romantic drama series. She constantly berates herself for being stupid, but even if she is a little immature at times, she is caring and thoughtful.

Kouko’s interactions with Banri are mostly realistic, so much so that a couple of scenes may be difficult for some viewers to watch. A significant portion of Golden Time is hard to watch simply due to its sheer idiocy, but it does one thing better than other romantic dramas do. It does not unnecessarily introduce a character for the sole purpose of coming between the couple, in this case Banri and Kaga, after they realise how they feel about each other. This may be because his amnesia is literally the real antagonist, however. The ghost of his past is somehow able to cause him to have constant bad luck. Ghost Tada Banri does give an insight into Real Banri’s past, but he is overused for dramatic purposes. Running gags in this series are not funny either, and the events involving the religious cult early on are just disturbing, albeit possibly realistic. There are so many reasons to dislike this series, such as the amount of times Tada Banri’s name is said, but it is still engaging because of the positive aspects of its characters. 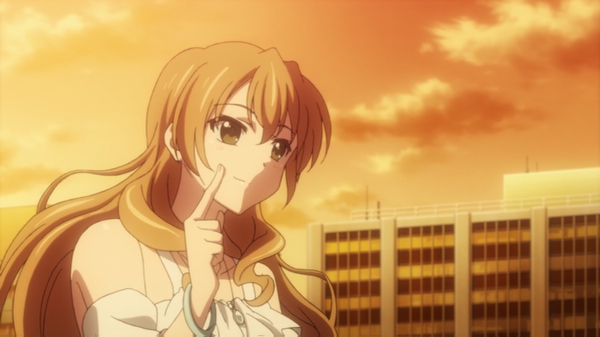 This show does not stand out visually, but it does have its moments. Some scenes can be rather detailed, and the animators do a decent job of representing Banri’s abnormally flexible states of consciousness through his expressions. Banri’s character design is as unoriginal as would be expected from most anime series these days, and the same goes for his sidekick Mitsuo. Oka stands out more than female characters in anime and manga usually do; she is not only significantly shorter than everyone else, but has a major change of hairstyle during the latter parts of the series.

Being a series set in a university instead of a high school, there are plenty of opportunities to show off the characters in different outfits. Banri’s high school friend Linda is seen in a variety of different outfits in the present and in flashbacks to the past. The subtle differences between her appearance on each occasion is minor but noticeable. The character who stands out the most is Kaga Kouko. Her rich background is clearly evidenced by her fancy dresses, lipstick and high heels. It is refreshing to see more than just plain sailor outfits in every episode. The utterly ridiculous nature of this series provides plenty of opportunities for fan-service, but in a welcome move, the fan-service is surprisingly limited except for a few shots. It is equal opportunity, at least, and a couple of unusual episodes even have Banri cosplaying. 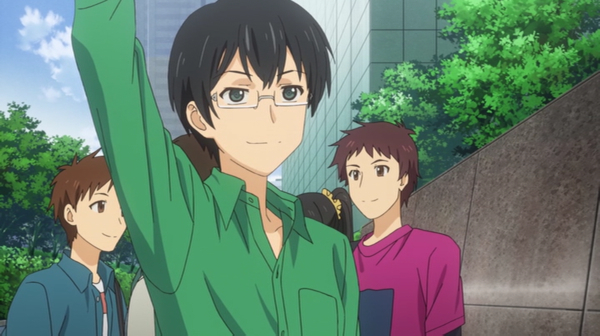 Anyone considering purchasing Madman Entertainment’s release should note that the subtitles are hard subtitles and therefore cannot be turned off. It may be that Sentai Filmworks’ release also uses hard subtitles.

The background music initially seems to be as generic as anime music can be, but this changes as the series progresses. Yukari Hashimoto provides a score that fits with the emotional tone of the series, which is a remarkable achievement given how fluid the emotional tone is. The music does give away the true tone of many scenes before the dialogue and visuals make that clear, but this is more of a problem with the placement of the music and not the music itself. The variety of songs used in each episode decreases noticeably towards the end of the series, although the music is just decent enough to prevent this from being a major problem. The opening and ending songs are better than regular pop songs; they are not annoying, but are not as memorable as other anime songs. The voice actors do a decent job portraying their characters, but none of them give a standout performance. 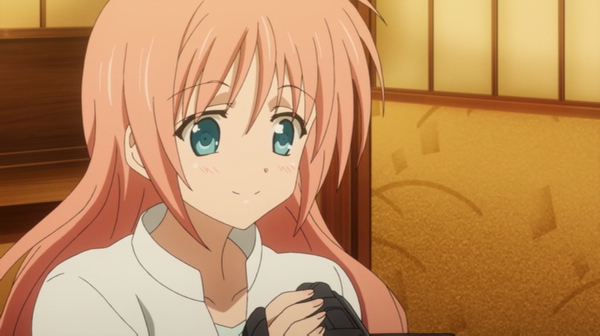 On the surface, Golden Time appears unoriginal and unintelligent. Despite all odds, it manages to be entertaining and even thoughtful at times. Unfortunately, whole scenes are wasted due to bad writing, bad source material and/or bad direction. If this adaptation of the source material is faithful, then it often seems as if the original author does not care about how reality works. The laws of probability are discarded almost immediately, but the characters and their interactions are represented realistically on at times. If these moments comprised the entirety of these 24 episodes, then this series would stand out amongst the other romantic dramas that pop up each year. While it may ultimately fail at that, instead being frequently frustrating and downright stupid, it somehow manages to be one of the more engaging anime adaptations of 2013. It is somewhat unique, and it is refreshing to watch an anime series based on university students instead of high school students, if nothing else.

Author’s Note: The original score attached to this review was incorrect due to a typing error and has been updated by the author.