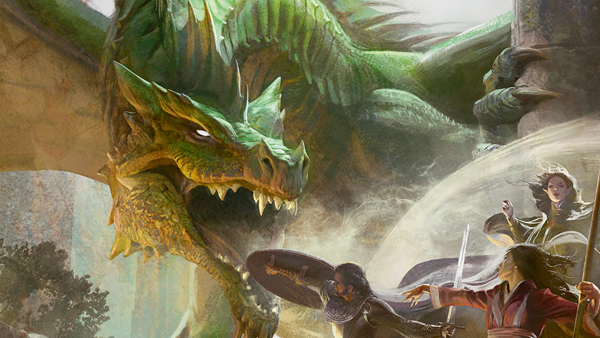 Back before video games, people who wanted to let go of reality and live out their wildest dreams of slaying dragons and rescuing princesses had two options – read a book or use their imagination. To that end Dungeons & Dragons, the world’s first real RPG was born, and it is a game that has stayed the test of time, and grown bigger than anyone would have imagined. Wizards of the Coast recently released the new 5th Edition rules for this long-standing game, which has effectively overhauled the entire game from the ground up.

While the rules are largely the same, and anyone who has played any previous installment will be able to transition into the new game with relative ease, there are a few things here and there that have been changed. As part of the rules change, we now get a brand new Dungeons & Dragons Starter Set. This box of goodies has everything you will need to get you and your friends started on this long-running game. 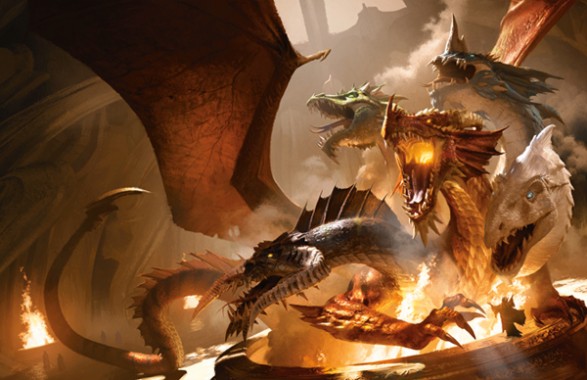 The contents of the box itself are pretty basic stuff and include;

The rule book is only around 30 pages long but it is more than enough to give players a crash course in DnD lore and rules. It explains everything from how combat and exploration are done, through to interacting with NPCs, completing quests and levelling up (it shows you how to level up the included characters to level 5). If every person in your play group flips through this then they all all have an understanding of the game’s mechanics, and everyone will have a good time. The rulebook is a bit bare-bones, but it strikes a nice balance between giving new players the rules, and not flooding them with an abundance of information.

All of the rules and instructions present are applicable to the quest that comes included so players or DMs wont likely find a reason to look for outside sources for additional help. However, if you feel like the introductory book isn’t enough then Wizards have posted a more complete rule book online (which is almost 5x the size) which also includes instructions on how to level up your characters beyond level 5. 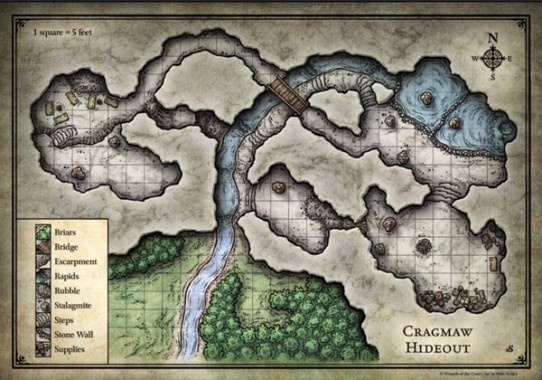 While the rule book is not as extensive as you might expect, this is only made as an introductory product so you can forgive the absence of more in-depth and obscure rules. However, for those who are looking for a larger rule book, then Wizards have posted a more complete version as an online PDF (it is almost 5x the size of the one included in the box).

As you would expect from an introductory product, the Starter Set has some pre-made characters that you can just pick up and play. The character sheets are really well set out, with all of the key information laid out in a clutter-free and almost elegant system. The characters are completely done aside from their names, and even include traits, skills, weapons, gear and faults to help the players really get into their character. Since there are only 4 classes currently available for DnD 5.0, players are given the option of picking between a: 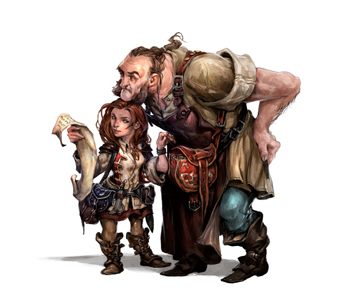 The wide array of character classes and races gives players ample opportunities to experience all that the base game has to offer, even allowing for them to run through the included quest multiple times. If you have access to a photocopier (or better yet a laminater) I would run the sheets through, as it will help if you want to use them more than once. One disappointing thing was that there are no blank character sheets included in the box, meaning you have to go online to print out additional sheets if you wanted to make completely custom characters.

The quest itself; The Lost Mine of Phandelver, is really impressive for a starter product ands is broken up into 4 distinct chapters. In between each chapter, it is expected that the party will grow and level up so the first thing you notice is that the difficulty curve is pretty lenient. It isn’t likely that your new players will die in the first quest and never want to play again, but at the same time it isn’t so boring as to turn off players. Enough action keeps happening and with enough plot holes and varying ways to overcome the obstacles that the quests provide, there really isn’t a better quest to sucker people into the game.

Aside from just he quest itself, the book also contains maps, shopping guides, loot, and a list of monsters that the players will encounter. Not only do these help the Dungeon Master run the game, but will also allow them to create additional quests down the line while we all wait for the next expansion to roll out. 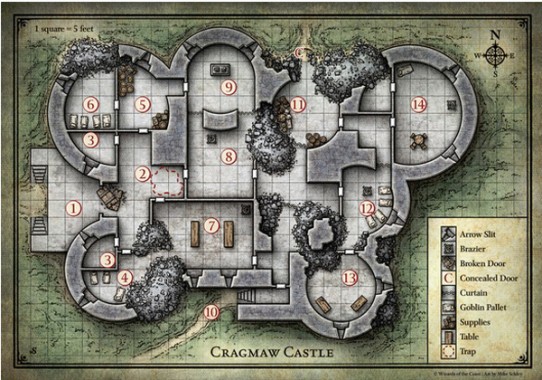 Lastly, the box contains a set of dice used in the game. You get one of every dice that the game requires; D4, D6, D8, D10, D12 and D20. Although it is a little disappointing to only get one D10 as they are typically used 2 at a time (to create a number out of 100). Other than the lacking D10, the dice themselves are great, they are a oceanic blue colour with a wave pattern running through them, and they are no different than the sets of dice you would buy separately from other brands. If you plan on playing with more than a couple people though, one set of dice absolutely wont be enough so you will need to further invest.

Dungeons & Dragons is more like video games than people expect and that is especially true today. The Starter Set has everything players will want to get into the game, but we still have to wait for the additional content (which come in the forms of new quests, rules, character classes, etc) to be released before we can really stick out teeth into it. Despite all this however, the Starter Set is still a killer way to get people into the world’s oldest RPG.