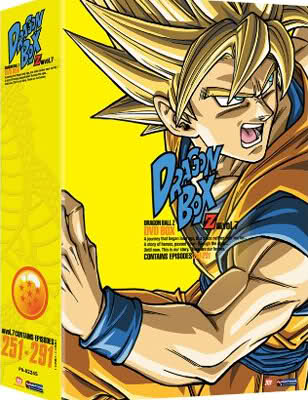 Story:
This DVD box set contains forty episodes spanning from episode 251 to the final 291. The story picks up where it left off from Dragon Box 6, in the middle of the Majin Boo saga. We join in with the series as Trunks and Son Goten have finally perfected the difficult fusion maneuver and joined together to become the extremely powerful fighter Gotenks, but perhaps one still too arrogant to take on the big pink Majin Boo. 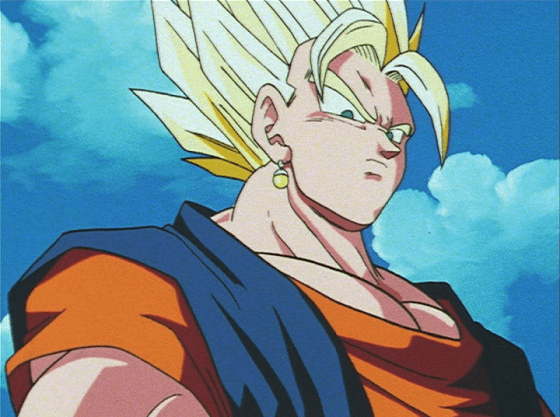 But don’t think that Earth is without a savior yet. Mr. Satan has decided to try and bring Majin Boo to a stop himself, but through some strange twist of fate they end up living together and strangely enough striking up a touching friendship until a horrible twist of fate changes the Majin Boo forever, splitting him into a new form that is not only more powerful but far more evil than anyone could possibly imagine.

The newly powered up skinny Boo has tracked down the hiding Z Fighters before Son Goten and Trunks were ready to face him and they must do battle against this fearsome foe on their own for all they know is that they are the only ones that have any chance at defeating this horrible creature. While a great ways off, Son Gohan is still being powered up by Elderly Kaioshin and the still dead Son Goku can do nothing can do nothing but sit and watch as his friends and family are left to struggle on their own. Can Gotenks defeat this new Boo on their own? Or must they simply last long enough for a thought lost ally to show up and save the day?

Now the storyline of the Majin Boo saga doesn’t break any new ground in this DVD set as the events still unfold the same as we remember from our childhoods. The good thing about this is that there is no reason or anything to be changed and we can see the final saga of the most powerful fighters in the Dragon Ball world take on the ever changing Majin Boo in a desperate attempt to save the world and end this evil creature’s reign of terror. The ending of the series is still as final as we remember; though leaving the potential open for a possible sequel that unfortunately never truly came. 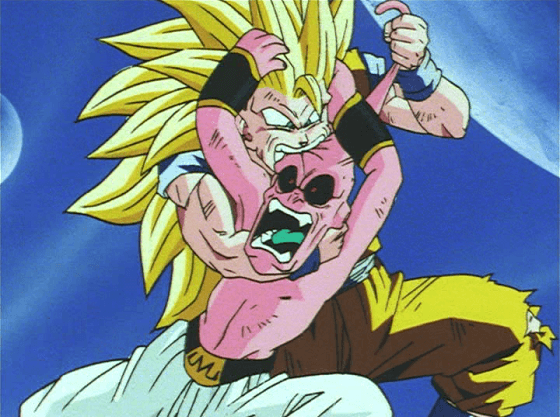 Artwork:
Something that many can remember, is the fact that the Dragon Ball Z series we saw as children never did seem quite as violent as we thought. The reason for this was due to relatively heavy censorship, but thankfully that is all over as every episode contained in Dragon Box 7 is completely uncensored and uncut, making for a full experience unlike some of us have ever had before.

The visuals still look the same as we remember, but being that they are on DVD format and a tad bit old, the series does not look very crisp. But Dragon Ball Z is still a pinnacle of artistic accomplishment even when most of these episodes originally aired in Japan over sixteen years ago.

Audio & Subtitles:
Now the interesting thing with this release of Dragon Ball Z, is that while the Dragon Box contains both the English and Japanese audio tracks, the Japanese audio is actually what is being highlighted here. The reason for this is that no matter what player you happen to place the DVD in, the first audio which will be playing is the Japanese track with English subtitles. 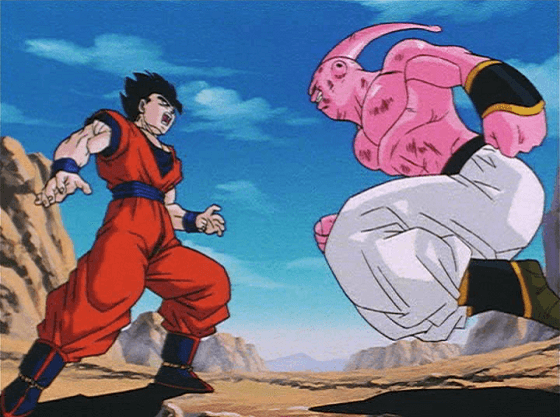 This is of course up to the choice of the viewer, but the Japanese dub is absolutely perfect. The English subtitles use the original names of all of the characters, meaning rather than seeing Krillin you will be seeing Kuririn, or instead of Hercule you’ll be reading Mr. Satan. This is obviously a highlight for purists, as those who prefer the English audio will instead be treated to the English versions of the names with no changes whatsoever.

Extras:
Now while the last forty episodes of the series spanning across six DVDs are of course what most people may be picking up Dragon Box 7 for, the actual highlight here is the hardcover book that is included in the case. Now before I get to that, it is worth mentioning that there are no DVD extras in any form, meaning there are no interviews with the cast nor special promo material of any kind which is a bit disappointing.

But beyond that, Dragon Box 7 comes in a hardcover collectible slip case with the two DVD cases that on the side show what appears to be the child version of Gohan’s arm and body which means if you line this up on your bookshelf alongside the rest of the Dragon Boxes you will finally have a completed picture. The DVDs each contain a main character’s face on them: including Gotenks, Evil Boo, Vegeto, Kid Boo, Goku and Oob. 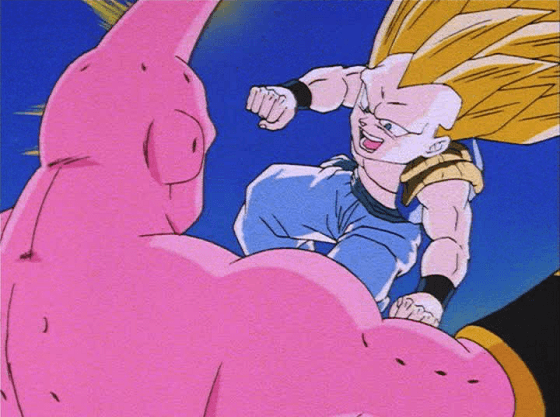 Now on to that Dragonbook. The Dragonbook is hardcover with Super Saiyan Goku on the front and Kid Boo on the back. Now the interesting thing with the Dragonbook is that the book opens and reads from the right to the left which mimics the Japanese version perfectly as that is similar to how books are read in Japan. Now the content inside this book is fully colored, contains interesting information as well as artwork.

The bulk of the content in the Dragonbook are episode summaries which provide a brief look at each episode and provides a rough summary of it. There are also small bits of information included with each episode such as the original air date and the occasional Close Up! Which examines something specific from an episode. Besides these summaries there is also a design works collection to view some sketches of the characters shown in Dragon Box 7 as well as a profile of the Goku family, an ultimate character relationship chart, a couples championship which rates each Dragon Ball Z couple and a recollection of all of Son Goku’s power ups making the Dragonbook perhaps the biggest plus of picking up Dragon Book 7.

Overall:
Dragon Ball Z: Dragon Box 7 is the ultimate finale to the ultimate collection for any Dragon Ball Z fan. The series concludes with this set and the battles we see in this collection of forty episodes are as impactful as any in the series. The inclusion of both English and Japanese audio provides an experience that not only will be great for purists and lovers of the series, but also newcomers who may not appreciate reading the subtitles.

There are a ton of episodes here with over a thousand minutes of Dragon Ball Z to watch and the price tag for this massive collection is quite cheap in comparison to the amount of content purchased. Now although there are no extra bonuses with this package on the DVDs themselves, the Dragonbook is perhaps the best accompaniment you can ask for.