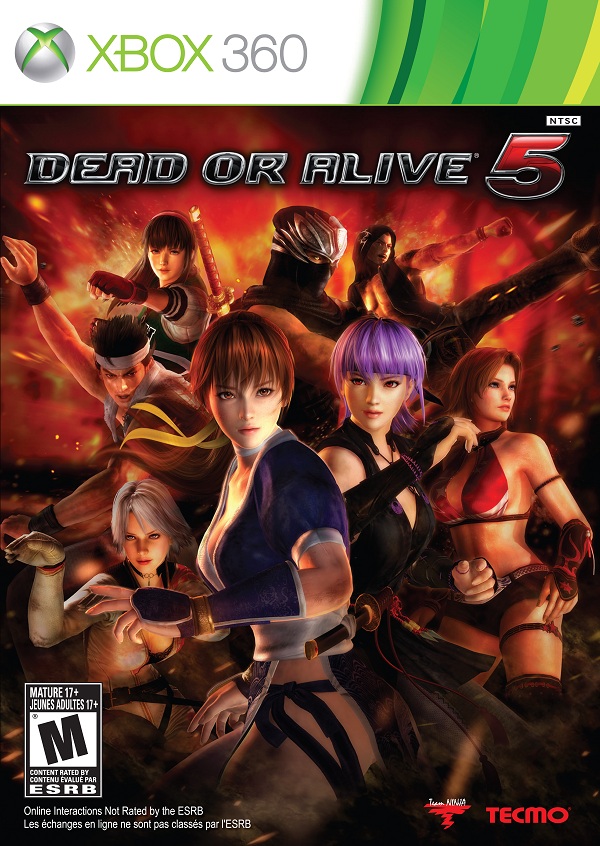 Overview:
Amongst the rather small list of 3D fighting games that are still being released in today’s gaming age, there stands one franchise which has always made itself memorable with relatively easy to learn combat and a cast of characters which are memorable in more ways than one. That franchise happens to be Dead or Alive. Now while it has been a few years since Dead or Alive saw a full release on a console that didn’t involve volleyball, Dead or Alive 5 looks to bring some action packed fighting to fans everywhere. Does it manage to succeed? Let’s find out.

Story:
Rather than simply feature an archaic arcade mode that only offers a small video for each character in the game, Dead or Alive 5 supports a full blown story mode. Gamers will go through the story mode playing as a number of different characters in the roster, usually fighting around three to four fights which each one before switching to the next character in the story. 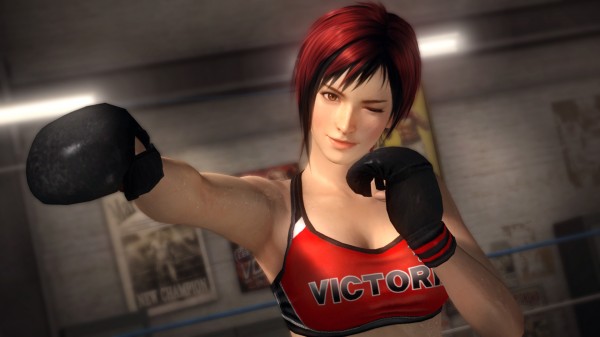 While not very long in length, Dead or Alive 5’s storyline does a relatively nice job bringing most of the characters together and keeping the various character relationships that have been built up over past releases intact. It is also worth noting that the two new characters, Mila and Rig are also present in the storyline with the two of them woven into the existing story well enough that they don’t feel intrusive.

Visuals:
If you thought that past Dead or Alive games have looked good before then you will simply be blown away with how amazing the character models in Dead or Alive 5 look. Every character in the game sports an absolutely beautiful appearance and excellent facial expressions, making it the best looking fighting game on the market today. Their fighting motions are unique to each character and each one manages to portray the character’s personality.

To top that off, the character’s themselves actually get dirty and sweat during a fight, meaning that a fighter’s outfit can become sweat stained or see-through and covered in grime during an intense fight, making it feel all the more real. The characters also come with a relatively large amount of alternate costumes, with most characters seeing over five unlockable outfits which are full clothing changes rather than simple palette swaps. 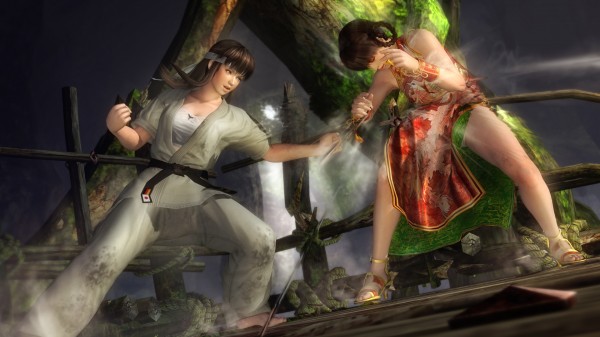 Outside of the characters themselves, the stages the player will be fighting on are also well designed and also action packed thanks to the fact that most of them have things occurring in the background in some shape or form. Whether it is fighting in the middle of the Dead or Alive ring, in the middle of a middle-eastern battleground or in the Antartic, each stage is visually impressive and a number even feature multiple levels of combat, allowing for fighters to be knocked over an edge or balcony, resulting in damage and the fight continuing in a fresh area.

Audio:
Combat in Dead or Alive 5 is absolutely brutal thanks to the fact that every connecting attack makes a satisfying thud and even the throws themselves sound bone-breaking. The environmental noise on each stage creates a great atmosphere for each fight, though it is worth noting that the game’s background music is a bit substandard and can be easily forgotten about. 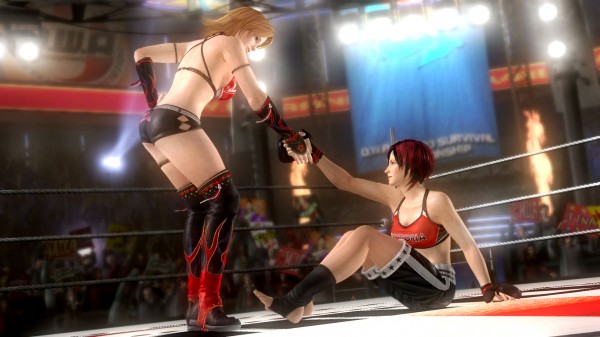 One thing that is definitely worth mentioning is the fact that all of the characters have had some impressive voice work recorded for them and considering how dialogue heavy the story mode of the game can be; this is a major plus, though the guest character’s voice work feels off compared to the rest of the cast. The voice work also translates into the fights themselves as the characters will often make small comments during a fight, besides grunting of course, when certain moves are performed, making the fight feel a bit more alive.

Gameplay:
In case you happen to be unfamiliar with the franchise, Dead or Alive 5 features a four button system where players will perform punching attacks with Y, kicks with B, holds (which counter blows with a throw)/guarding with X and throws with A. This makes the game a bit easier to pick up and play for newcomers thanks to the fact that there is no need to worry about a limb system, but there are also a large number of moves and attacks that players can learn for each fighter, with some fighters containing over a hundred different attacks for the more hardcore fighter to master. 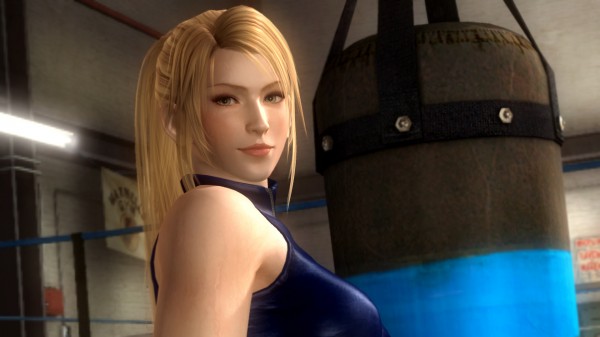 Dead or Alive 5 provides a nice selection of characters to choose from with a few guest characters that must be unlocked during Story Mode as well as two new characters. The balance between these fighters is well-handled and thanks to the hold system even slower characters have a chance against faster fighters. As far as new characters go, Rig is a nice addition with an impressive move set while Mila features an MMA fighting style that even includes ground throws which result in either ground and pounding or MMA submission moves for damage.

One thing that has received a notable increase in Dead or Alive 5 is how intense the fighting is. The action usually will feel very fast paced as the characters fight one another and this is accentuated by the fact that nearly every single stage is interactive in one way or another. One example is that a player can hit their opponent into a generator, causing it to explode and cause massive damage to the environment, creating a cliff for players to throw their opponent off of.

The interactivity with each level is especially noticeable when the player uses a new fishing move called a “power blow” which is new to the Dead or Alive series. Only usable at about half health, this charge attack will not only deal a large amount of damage to your opponent but send them flying a great distance. Players can slightly aim where they want to blast their opponent, allowing them to choose what obstacle they want them to smash into and deal even more damage. Thanks to the power blow’s charge time and the fact that players must be under 50% health makes it feel relatively balanced despite the fact that it can be used to swing the fight in one’s favor. 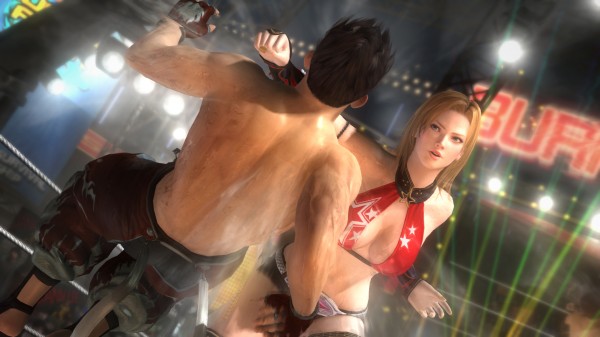 Now there are a number of modes for a player to choose in Dead or Alive 5, such as the aforementioned story mode, an arcade mode that players can do as one on one battles or as a tag team, score attack and survival for those looking to set high scores, an in-depth practice mode that can teach every character’s attack and even simulate online lag if the player wishes it and of course, a Spectator mode. The spectator mode will allow players to watch the computers fight it out and also the player can take snapshots of the fighters in action with a free motion camera.

While those are all offline options one can play with others in local co-op, there are a number of online fights as well. Players can choose to accept “Throwdowns” during offline matches and jump into an online match instantly, fight a ranked match or just a “simple” player match. There are also online lobbies which can be created and customized so that players can fight in tournament style and also spectate on the current fight while they wait their turn. As far as the netcode goes, Dead or Alive 5 played smooth online during my matches and opponents were found quickly when desired, though accepting throwdowns during offline matches sometimes resulted in no fight occurring. 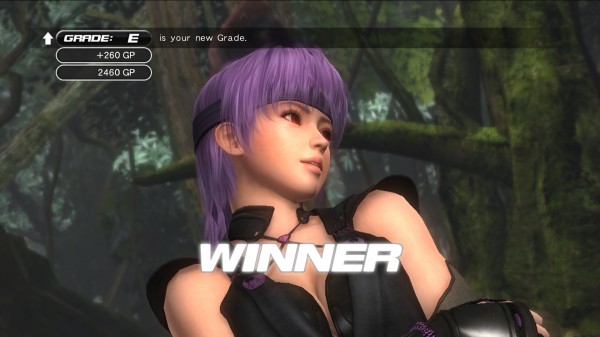 Now, one thing that Dead or Alive has been known for is the fact that the game contains a relatively large amount of fan service and that is retained in Dead or Alive 5. In fact it has actually increased thanks to the dirt and sweat that characters now gather and the spectator mode. However while this is available for those who enjoy fan service with their games, it is not something that is forced down the player’s throat so it can easily be ignored.

Overall:
Dead or Alive 5 is the pinnacle of what the series has been capable of so far, with unbelievable visuals and intense combat, the fighting never gets old. While there are some people who will say that Dead or Alive 5 is mostly about the fan service, there is also a deep and enjoyable game beneath all of the more, shall we say, sensual features in the game. With an impressive offering both online and offline and plenty of content to unlock and most importantly, tight fighting mechanics, make Dead or Alive 5 one of the best fighting games you’ll play all year long.