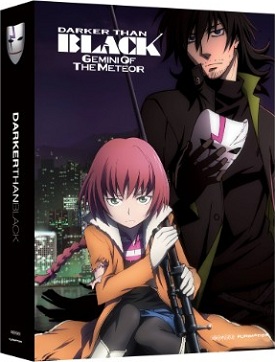 Overview:
While most anime are created using a manga, light novel or even a video game as a basis there are those that are completely original in their creation. One such series was Darker Than Black. The series was written by Tensai Okamura and was handled by the animation studio Bones and the first season was released in Japan four years ago in 2007. Since then a number of spin off manga have been released in Japan but what is most important, a sequel was created.

Story:
The story of Darker Than Black: Gemini of the Meteor picks up two years after the events that occurred in the first season of the anime. After escaping from the events in the past season, Hei encounters a relatively normal teenage girl named Suo Pavlinchenko while on the run in Russia. Unfortunately for Hei and Suo both, she has a twin brother known as Shion and that is actually who Hei was looking for. 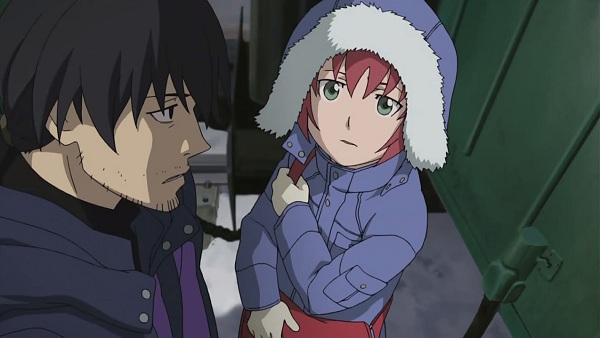 Being that the Syndicate is hunting down Hei, otherwise known as “Black Reaper” this puts Suo in danger and pulls her into the middle of a brewing conflict. Though through an accident, Hei loses his powers as a Contractor and they have been transferred to Suo. This allows Suo to summon a giant high caliber sniper rifle that is called a PTRD-41 Anti-tank rifle that she can summon through the locket she wears around her neck.

Despite this the young girl must now try to survive in a world that she barely knew about where Contractors and the mysterious Section 3 seek her life, all while trying to find where her missing brother is and why these two dangerous groups are on the search for him. All the while Hei tries to teach Suo how to handle her new Contractor powers and escape to Tokyo.

Those who have seen the first season of Darker Than Black should know now that Hei doesn’t play as significant as a role in this season than he did in the original. Rather than play the main character role, he takes more of a back seat role with Suo taking more of a main character role for Gemini of the Meteor. Besides Hei however we are treated to a few more characters from the first season, though although they show up occasionally most of them do not play much of an important role and seem to be there simply for a few throwbacks to season one. 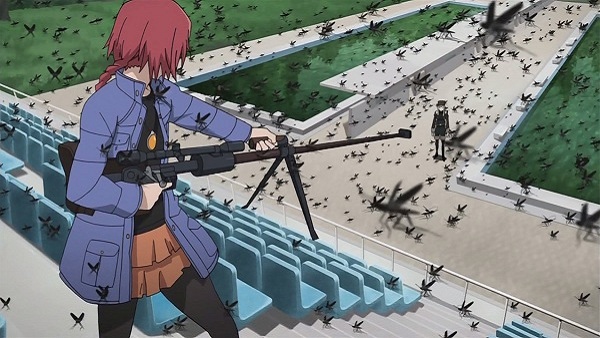 Now those who have not seen the first season of Darker Than Black will likely be very lost if they decide to jump in at Darker Than Black: Gemini of the Meteor. The series provides little actual explanation for anything that is happening in the series, meaning that those who care about such a thing will quickly find themselves disinterested with the title. Of course if the more in-depth facts about why things are happening and how they are happening don’t really interest you, then there is enough substance to allow someone to jump in at this season and at least enjoy the action.

As a whole the character development mostly focuses on Suo and how she learns to control her Contractor powers and manage to survive in this new situation. Hei has minor development as we see how he has to deal with the disappearance of Yin, though at the beginning it is simply seeing him as a rather drunk man who is extremely unkempt. Though Hei may be the highlight for most viewers, I found the focus on Suo to benefit the series and provide a better viewing experience as we see her go from a simple girl who loves photography into a woman coming to grips with her new abilities.

As a whole Gemini of the Meteor has better pacing than the first season, though some may find the ending quite disappointing. Near the latter half of the series most of the plot twists start coming rather quickly and could have used more time to develop rather than be crammed into the last half of what is ultimately a twelve episode series. Because of this much is left unanswered and with as many questions as we have left over from the conclusion of Darker Than Black: Gemini of the Meteor, Tensai Okamura could easily create a third season and hopefully resolve all the lingering questions from the past two seasons. 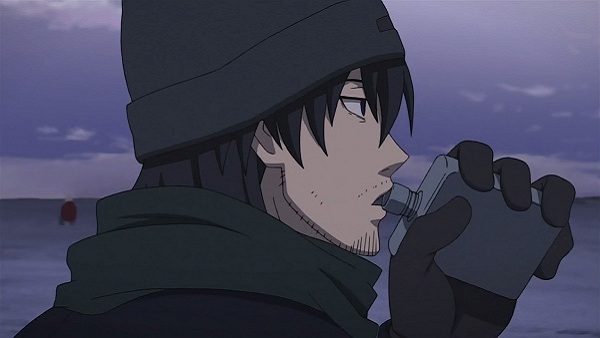 Visuals:
When you hear the animation studio name Bones, the first thought that will likely pop into your head is the high quality of most of the shows that they have created over the years. Darker Than Black: Gemini of the Meteor is no exception to this rule. It is quite obvious that the studio put an extensive amount of time and care when you see how fluid the action is.

Whenever you create an anime series that focuses around plenty of action the fight scenes must be choreographed well and animated well. Bones pulls this off amazingly well with an extensive amount of detail. Most of the background scenery is well done and varied well enough that viewers will enjoy watching the characters navigate through the snowy environments in Russia and Japan.

Considering there is plenty of snow, the colors are saturated well and the character designs are absolutely gorgeous. The DVD quality visuals are enjoyable and as crisp as you could ask for, though I do find the menu screens to be a tad basic and mostly mimic the images that are displayed on the front of each DVD disc. 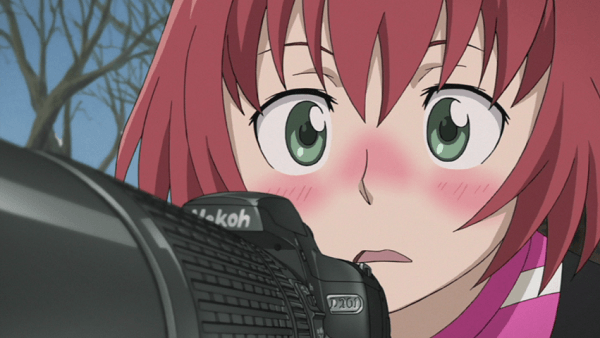 Audio:
As with nearly every FUNimation release, Darker Than Black: Genesis of the Meteor contains both the English dub as well as the original Japanese dub. The Japanese voice work sounds absolutely amazing and the cast from the first season return to reprise their roles in the second anime. The music itself is still in Japanese on both voice tracks and I found the inserted songs to work perfectly with the fight scenes and heighten the action to the next level, a must in an action oriented series.

The English dub provided plenty of memorable voice work as well. The cast provides excellent dub work and I couldn’t find any complaints about the dialogue and all of the voices matched their characters’ personality well. This is especially true about the extra content where commentary is provided, as the voice actors make various jokes and comments about the series it is amazing to hear how they sound when they are in character and outside of it.

Extras:
Darker Than Black: Gemini of the Meteor comes with a number of bonus features, one of which is a collectible art box that the DVDs come in. Unfortunately I couldn’t review the box itself, but it is always a plus to see a series given extra care for collector’s who enjoy the box art, especially collectible ones. Besides this collectible box, a number of bonus content appears on the discs as well. This includes your standard opening and closing songs with no credits rolling across them, as well as trailers for upcoming and recent FUNimation releases. 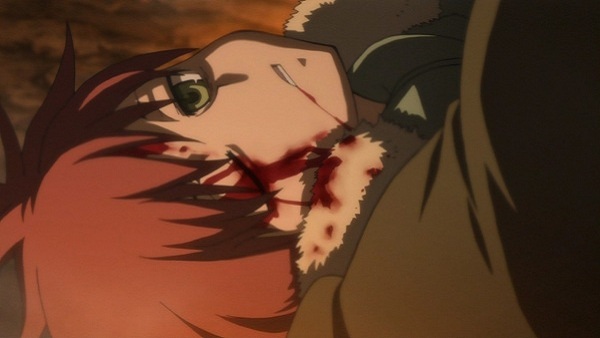 Besides these more or less standard inclusions are also a few commentaries by various members of the English voice cast. Episode 4 of the series and Part One of the OVA both have commentary by the staff, and hearing the voice actors as well as the director outside of the project is a great experience. Of course these should be listened to after watching the series itself as the episode dialogue is nearly muted and contains some minor spoilers.

Overall:
Darker Than Black: Gemini of the Meteor contains everything that someone who has watched the first season will enjoy. However those who are looking to jump in at this point in the series will likely be lost for a large amount of the series. As it stands alone however, Gemini of the Meteor provides a massive amount of action and plenty of character development for Suo, however there are stil questions to be answered and loose ends that must be tied up. Could there be a third season sometime in the future? Who knows? But Gemini of the Meteor stands as a great experience with a few interesting bonus features and a well animated feature which upholds Bones’ animation quality that perhaps ends just too abruptly with no sign of continuation in sight.