To kick off our first Community review we have bdavid81 who has reviewed EA/Visceral Games newest action title : Dante’s Inferno.  Check it out and leave a comment below.  Big thanks once again to bdavid81 his efforts have been rewarded 😉 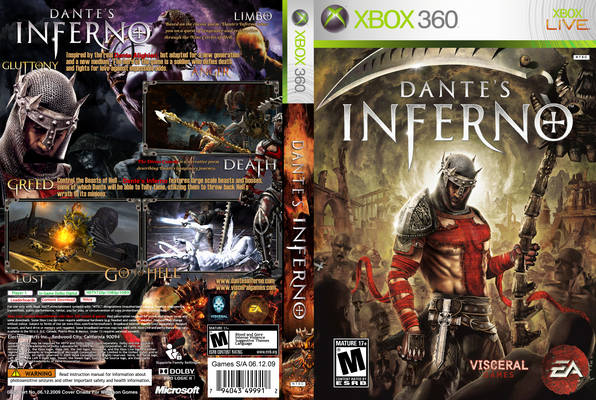 Developed by Visceral Games and published by Electronic Arts, Dante’s Inferno is bringing the action to Xbox 360. As gamers, we’ve already come to refer to Dante’s Inferno as a blatant God of War clone. Frankly, it’s true – but is that really such a bad thing?

Forgive the comparison yet again, but unlike God of War, you’ll find the story in Dante’s Inferno to be the weaker portion of the game. The game differs from the epic poem, The Divine Comedy, and you play as Dante, Knight of the Crusades. You return home to find Beatrice’ soul being taken by Lucifer, and you’re willing to fight through hell to save her. 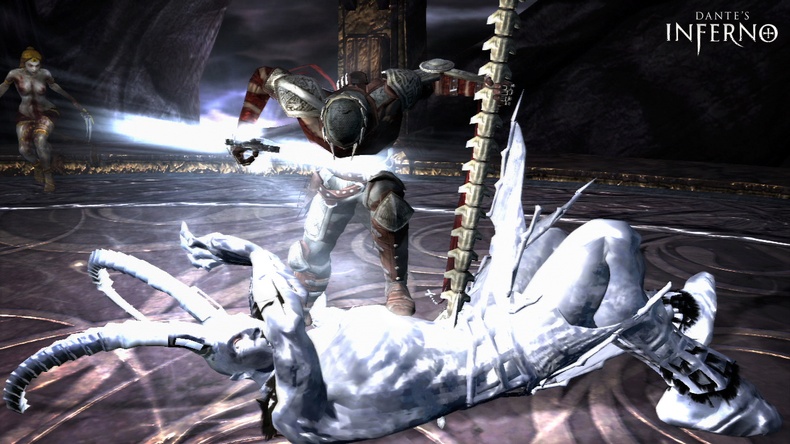 Dante will have to fight through the Gates of Hell, then proceed through the Nine Circles of Hell. As Dante, you must stop Lucifer from his attempt to break free of hell, by redeeming the soul of your lovely Beatrice.

Environments are often very impressive in the game, yet very similar. Walls and ladders are constructed of bodies, tortured souls, and bones. Detailed surroundings are stunning to take in, with lava pits, fiery waterfalls, and much more. Closer inspection does however reveal from very weak texture work in some portions of the game. You won’t find yourself wanting to stare up close as the walls and floors though, as you’ll be much too busy punishing and absolving the many minions of hell.

The camera is pretty standard and follows Dante’s to give you a somewhat unobstructed view of your objective. At times, you’ll need to keep an eye out for a well hidden ledge or fountain to destroy. At times, you may curse the camera as it could clearly be more player-friendly, but it would rather make things more difficult for you. Consider this a developers guideline flaw, rather than a flaw of the game itself.

The most important part of a game is obviously how well the game plays out. From the beginning, you’ve got your basic attacks, quick/light attacks, heavy attacks, and the Holy Cross that I adore so much. Just like God of War (Sorry, I just can’t help it!), the game is very linear, and it pushes you to defeat enemies in a specific area, progress further, and repeat the process. You will encounter some basic puzzles that are required to move ahead, but nothing that should take you more 3-5 minutes to solve. 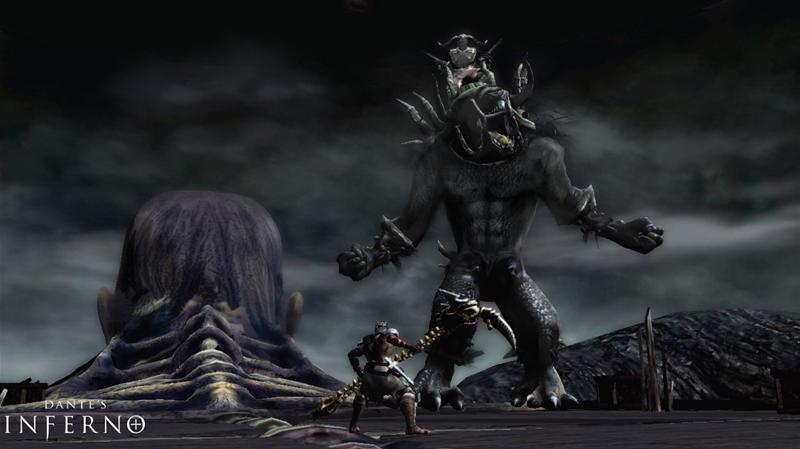 Upgrades to Dante’s’ move-set are purchased using the souls of your slayed enemies. The player chooses which powers to unlock on either the Holy Grid or Unholy Grid. You can either balance between both evenly, or focus on completing one grid first. As you progress up the grid, powers become much more expensive, for example requiring 6500 souls for a single upgrade as opposed to 1000 near the bottom of the grid. There are a few areas that appear to be unlimited re-spawning enemies where, if you’re good enough (and patient!) you could easily farm souls to upgrade Dante early in the game. However, it’s not required.

Boss fights are quite challenging, and all require a specific pattern to be defeated. Often, you’ll be limited to a relatively small battleground, yet the boss is rather massive, therefore you’ll be using your blocking and rolling techniques quite a bit. With larger enemies, and during general movement, you’ll encounter a ton of quick-time events (QTE’s), most of which offer more than a gratuitous time-frame for the player to complete it successfully. The most common QTE will be found on large enemies on which you must choose to punish or absolve – which allows you to gain an extra boost of souls towards holy or unholy power.

Nearing the end of the game, you’ll be required to undergo a specific number of challenges, similar to those non-essential challenges in Bayonetta. Optional challenges are great, but these are required to progress to the overall goal. For lesser skilled players, this is a genuine product of poor game design. 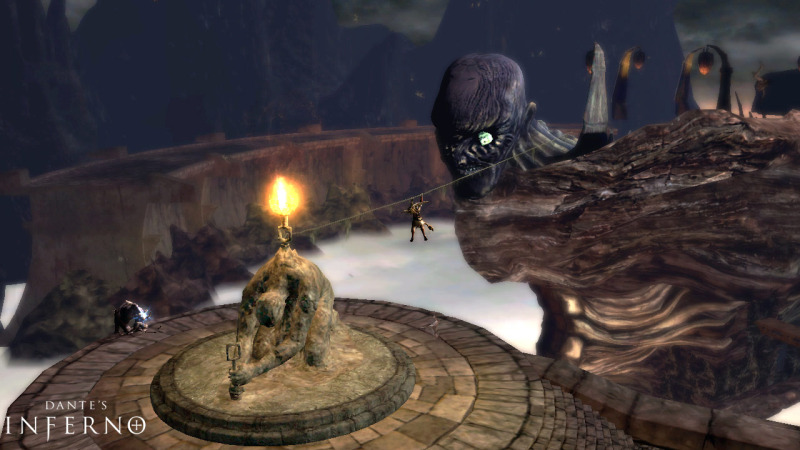 Impressive environments however there isn’t enough variation in the design. The ambient sound effects of screaming people become annoying rather quickly, though some pieces of the music itself are quite good. The difficulty curve is all over the place from being too easy, straight over to being entirely too frustrating. While the true hardcore fans may overlook its flaws, this one comes into the game as a rental recommendation, rather than a purchase.