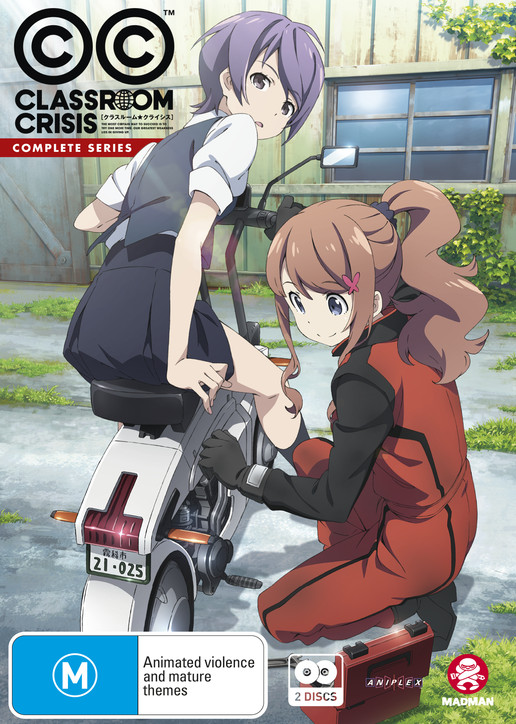 Decades ago, two high school students founded a company that develops innovative rocket engines. The Kirishina Corporation found major success and has since developed into a mega-corporation, branching out into other, more profitable areas. It runs an academy on the now-habitable and colonized Mars. A special class named A-TEC, or the Advanced Technological Development Department – Educational Development Class, exists within the academy. This exclusive class is for skilled students to spend part of their day studying under a brilliant and highly-regarded engineer named Kaito Sera and the rest of it working part time for the company to develop new rocket engines. Unfortunately, Kirishina’s current CEO and his younger brother wish to dissolve A-TEC. In an effort to jettison this important part of the company and its history, they bring in their youngest brother as the new chief of A-TEC and place him as a transfer student in its class. While failing his studies in his new class, business man Nagisa Kiryu works behind-the-scenes to shut down A-TEC and even influence local politics. 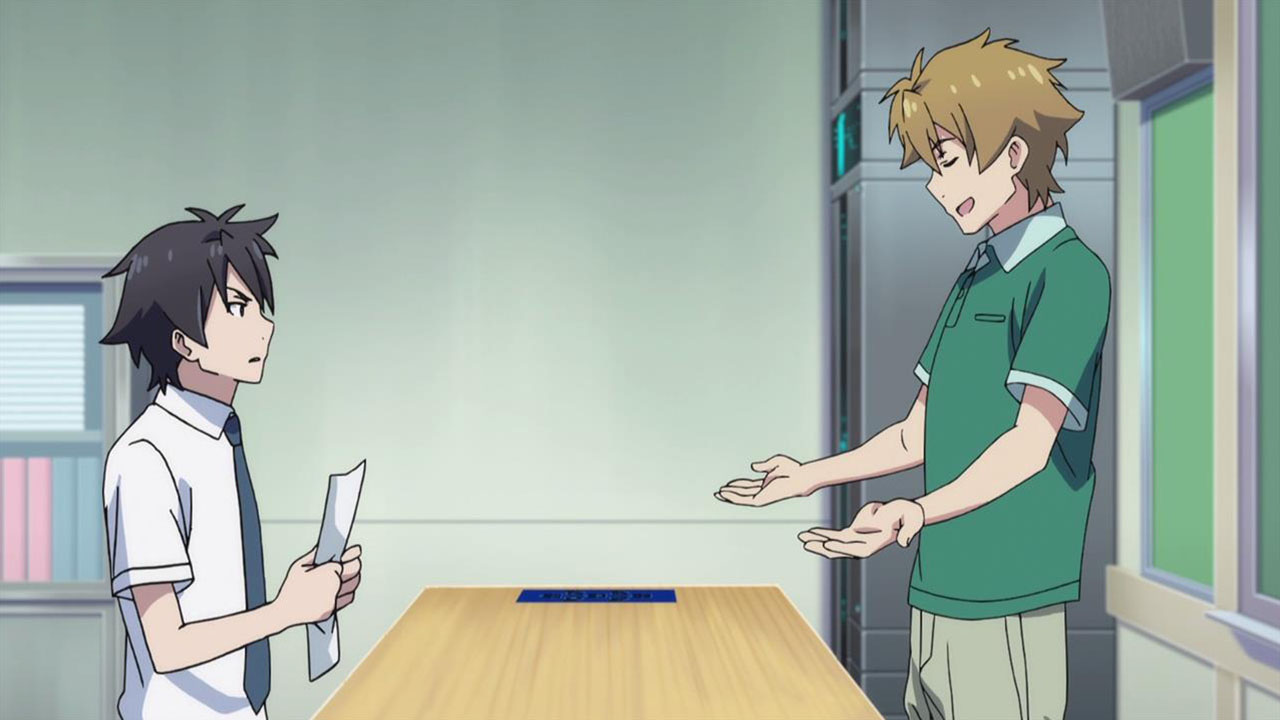 The new chief of A-TEC, Nagisa, is introduced as a primary antagonist. It is made very clear in the first episode alone that the students are somewhat wasteful and that this is why the higher-ups want to get rid of them. They are depicted going so far as to destroy millions of dollars of equipment in order to save Nagisa after he is kidnapped and held for ransom, a ransom that is a small percentage of the money spent on the now-destroyed equipment. The people who kidnap him are underpaid workers, and the corporate executives at Kirishina headquarters acknowledge that they could have prevented this situation by doing the right thing in the first place. This is the first time we witness a situation in which the line between good and bad becomes blurred. The exploited workers would normally be the characters one would root for in a situation like this. However, they become the bad guys and Nagisa becomes the person who deserves to be saved. This position reverses when Nagisa turns out to be the one working to put the students of A-TEC out of a job and out of an education. Much of the intrigue in watching this series comes from watching the high school students and their homeroom teacher fight against Nagisa and corporate politics while trying to work out exactly what Nagisa’s own motivations are. It would be a mistake to take everything at face value while watching Classroom Crisis, and a lot of the fun comes from figuring out who to root for and why. Nagisa is a much more dynamic character than he initially appears, and the high school students are cleverly characterised as both incredibly skilled in their fields and as high school students who still want to enjoy their youth in as normal a way as possible.

Kaito Sera, A-TEC’s homeroom teacher, may not always come across as the ‘teacher type’, but his enthusiasm and tendency to move forward without thinking every detail of his plans through make him surprisingly endearing. Some of this series’ greatest moments are when he is allowed to shine, and while the comic relief he provides is hardly clever, it does not feel entirely unnecessary either. One of the surprising highlights is the romantic subplot. The energetic younger sister and student of Kaito, Mizuki Sera, seems to see through Nagisa and realise that he is a good person deep down. She tries her best to help Nagisa fit in and succeed academically, and the two gradually become closer to each other despite not seeming like the best match for each other. Unfortunately, where the romantic subplot, and the series itself by extension, derails is in the final episode. Mizuki’s best friend and Yuki Nagato rip-off Iris Shirasaki is a mysterious amnesiac who has little personality of her own. She is somewhat intriguing despite her poor characterisation. Disappointingly, she becomes a romantic rival to Mizuki for no legitimate reason at the very end, when no time should be wasted on something so utterly pointless. She represents one of the biggest problems with Classroom Crisis: its need to feel familiar to anime fans by employing overused tropes and introducing unoriginal plot points. Kaito may not develop much as a character, but his dedication to his students and passion for building new and better rockets provides a counterbalance for the dull characterisation of the under-developed archetypal members of his class.

‘Vice-homeroom teacher’ Angelina, who is introduced as an unnecessary foil for all of the good in Kaito’s class, is particularly problematic because she is written from a blatantly misogynistic point of view. No other character acts in such an unbelievable and unprofessional manner as she does. If her attempts at sexually seducing the younger Nagisa are to be taken seriously, there would be a love square instead of an apparent love triangle. Her character adds so little to the plot that it is better to ignore her as much as possible and simply question why she exists in a series where several younger, intelligent girls are directly shown engaging in literal rocket science. 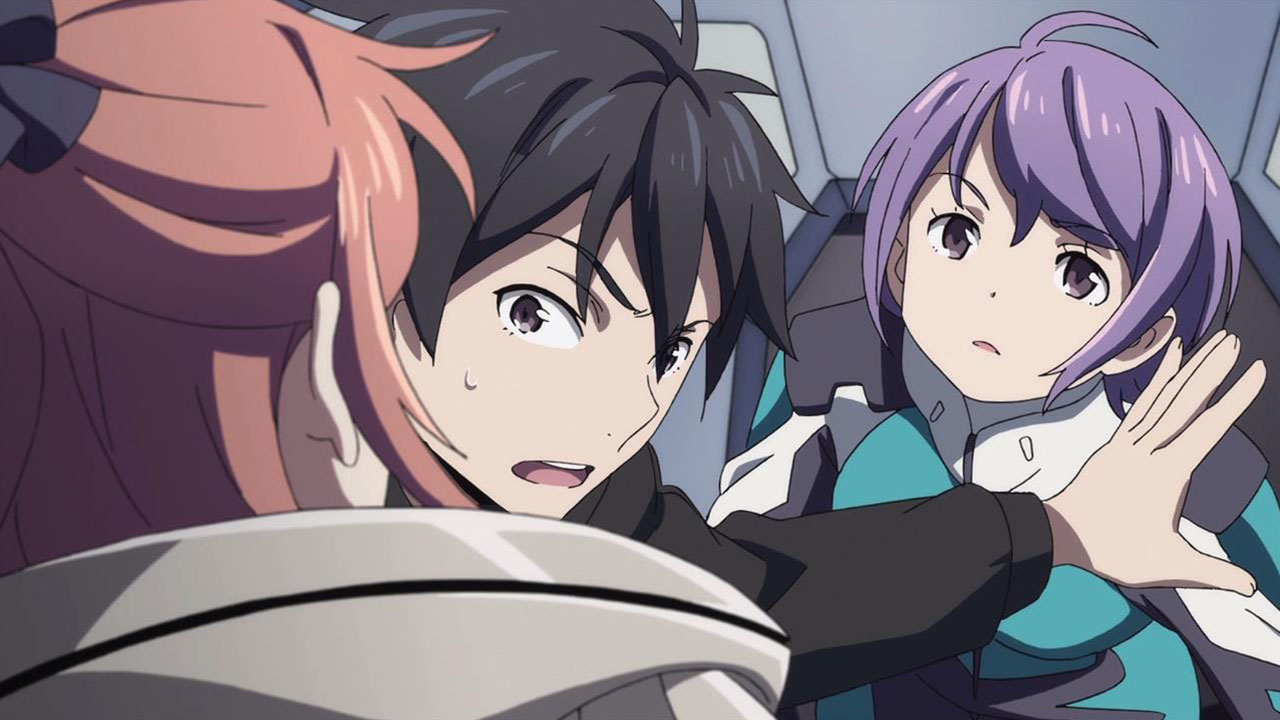 The animation rarely stands out, but that can be considered a positive thing in this case. It is impressive that a relatively new animation company consistently produced each episode to the same standard and did not give any indication that they were operating on a low budget. There is plenty of 3D CG imagery, especially in shots set in outer space, but it blends well with the 2D animation. The setting does not stand out, which is disappointing given that Mars has evidently been significantly terraformed, but it does not truly detract from the series as a result. There is some violence, mostly towards Nagisa and mostly from his extremely abusive and deranged older brother Yuji; this may be uncomfortable for some viewers to witness. Fan-service is basically non-existent, and the obligatory beach episode is by far one of the least contrived and most entertaining ones in anime in years. This show demonstrates the potential of relatively new studio Lay-duce; one can hope that they receive funding to produce more original anime series and hopefully more episodes of Classroom Crisis in the future. 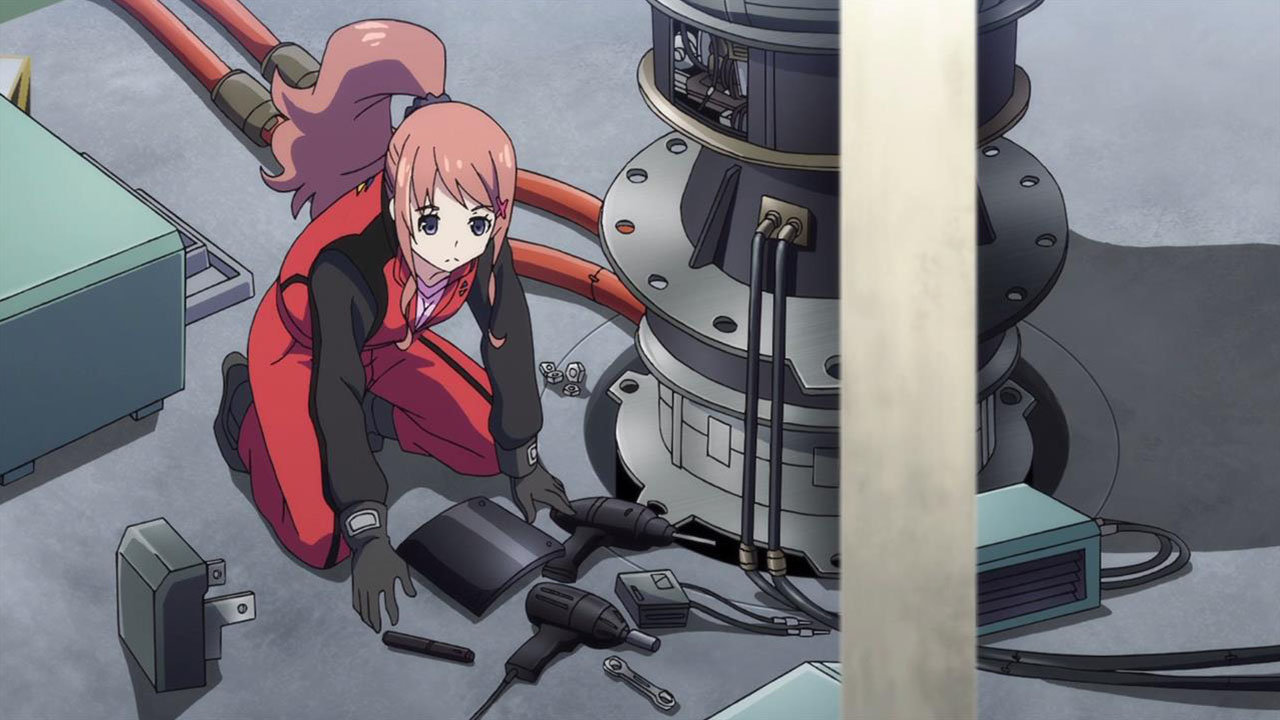 The music is effective and appropriate throughout all 13 episodes. The opening and ending theme songs are just catchy enough to make it worth watching the 90-second credit sequences. However, they are ultimately little more than two J-pop songs introduced into the anime world because they can be and not because they necessarily should be. What stands out is the background music, composed by relative newcomer Yuuki Hayashi. There are no bland synthesizer tunes, just lively music that always enhances the atmosphere and sounds great. The voice actors all provide convincing performances as well. Nagisa Kiryu’s voice actor Yuma Uchida is adept at voicing his at-times maniacal character, and he adds a lot of depth to his character and this series overall. It is almost a shame that this series did not receive an English dub; its characters are interesting enough to make this a missed opportunity for a memorable Ocean Productions dub.

The textless opening and ending animation sequences are included on the second disc. Unfortunately, these are not subtitled, nor are they subtitled when shown in the episodes themselves. The English subtitles for each episode, which are mostly presented without any mistakes, appear to be hard-subtitles, and therefore cannot be turned off. 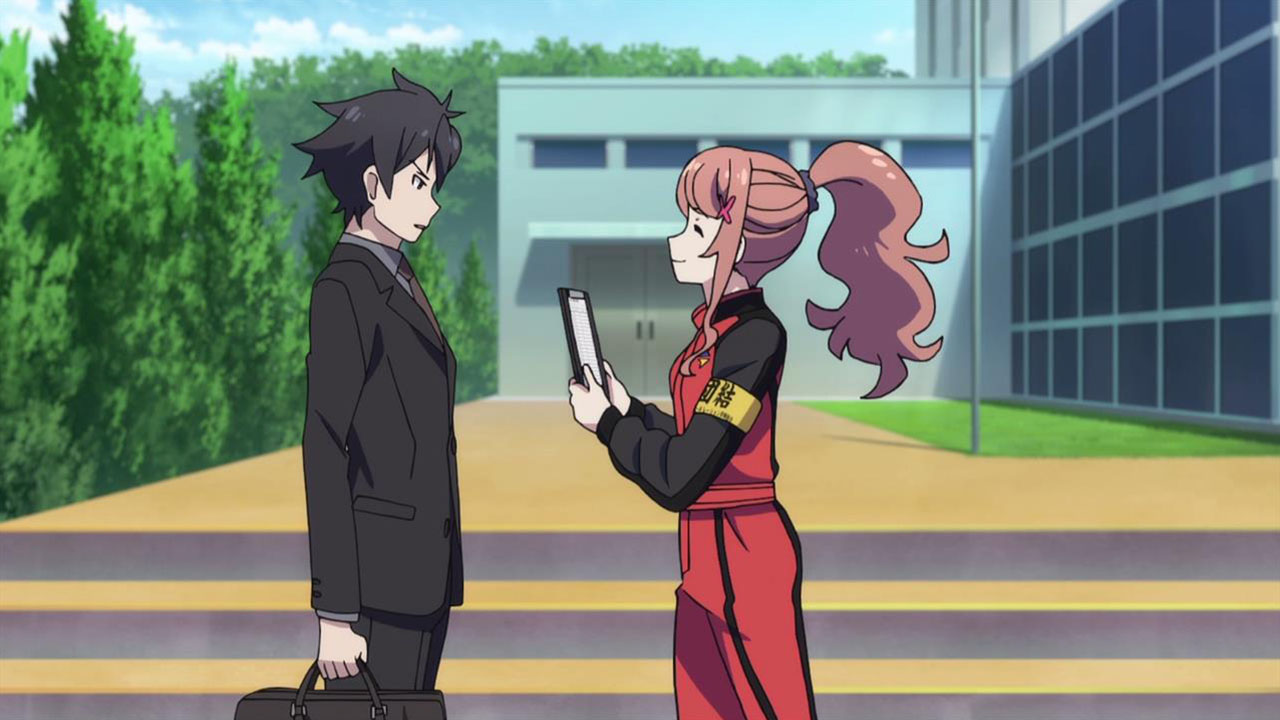 Classroom Crisis proves that corporate and even governmental politics can add an extraordinary level of intrigue into what would have otherwise been a dull and generic story. It does a lot to set itself apart from other sci-fi anime series; there are currently no mobile suits in operation and there are no alien races threatening to destroy humanity. The story is significantly less contrived and more engaging than most sci-fi anime series are. The majority of the students are woefully under-explored and relegated to supporting roles, yet they all feel like they actually belong there. Angelina is the only character that absolutely should not be a part of this show. Just seeing high school students, girls in particular, who are genuinely intelligent makes this series stand out. It is far more memorable than the generic nonsense that typically pervades the modern anime world.
Capsule Computers review guidelines can be found here.

This is a rare example of when politics and anime set in a high school go well together, with only a few flaws that detract from the story.
8.5