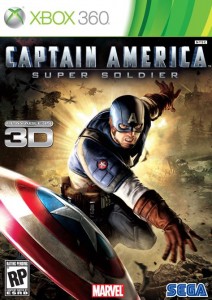 The latest Captain America movie has now been released in theaters, and with that of course comes the video-game tie in from Sega and Next Level Games. Most gamers cringe at the thought of any licensed title as there have only been a handful of movies that received a worthy video game adaptation. After playing the very disappointing console version Thor: God of Thunder, which released earlier this year, my expectations for Captain America: Super Soldier were pretty low, but to my surprise, this title actually was a much more polished and enjoyable experience than I could have ever expected. So what makes the Captain’s game an exception to the age old licensed title curse? Here is my review for Captain America: Super Soldier for the Xbox 360. 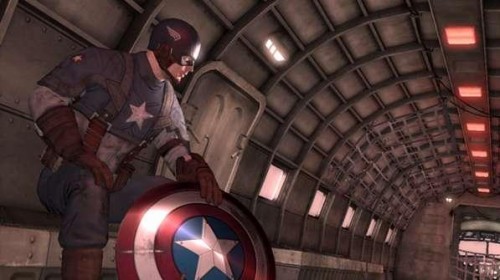 Story
Captain America: Super Soldier puts the player in the role of Steve Rogers himself as he tries to infiltrate a massive Hydra Castle and foil the plans of Arnim Zola, who is out to replicate the very serum that turned Rogers into Captain America and use it for evil purposes. Those who watched the movie should know that this plot doesn’t quite follow the cinema version, as The Red Skull makes a very small appearance and many of the plotlines are absent in this video-game adaptation. However, this story is still a simple one to follow as the main objective is simply to take down various Hydra soldiers and break into certain locations with a few boss battles found in-between.

Those who are fans of the comic books or the movie are sure to be pleased with how well Super Soldier portrays the familiar faces from the franchise throughout the many cutscenes within the game. Unfortunately though, even with the decent performances from Chris Evans and the other actors from the film in tow, the whole narrative isn’t exactly top-notch as a lot of the story feels stapled together just to fit the linear path Captain America traverses. While this story is sufficient enough to keep the player from losing interest, the generic enemies and rather sub-par environments hold this title back from portraying the rich atmosphere that is prominently displayed in the cinematic adaptation.

Gameplay
The most pleasant surprise within Captain America: Super Soldier is the actual gameplay mechanics. Taking control of the Star-Spangled Avenger in a third-person perspective, players are given many different techniques to take down the Hydra soldiers. The most prominent of course is the famous shield that the Cap can toss to take out enemies at the tap of a button. This technique can also be done with precision, as if the player holds down the trigger, they can aim a destination for the shield to travel and then fire it quickly into a foe. Over time, this move can be leveled up, allowing for the shield to ricochet off several enemies at once. I honestly never got bored of using this attack as it was satisfying every time and is easily one of the most fine tuned pieces of weaponry in Captain America’s arsenal. 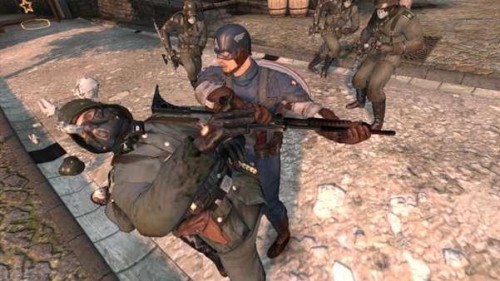 Captain America isn’t all about shield tossing though. The main system used throughout the game for battle is the standard hand to hand combat, which actually feels a bit borrowed Arkham Asylum. The Cap can punch and kick as you would expect, but due to his special athletic skills, many flashy techniques such as aerial kicks and flips can be pulled off by inputting different button combinations on the controller. There are several techniques that can also be used to finish off a foe, such as a satisfying punch to the throat or a straight up shield bash to the head. When in this form of combat, the game actually slows down a bit to let the player plan ahead for defense. For instance, if an enemy fires a bullet while you are in a jump, your senses automatically inform you of the danger and give you time to block the bullet with your shield. I was impressed by this small touch, as Super Soldier utilized the shield with near perfection, and given that this is Captain America’s main tool for battle, players should never have any problem feeling that they are actually playing as the Captain himself. That may be an odd compliment, but many Marvel games we have seen released have the main hero bumbling through some unfitting gameplay mechanics to provide a false sense of depth, and while it is a bit borrowed, Next Level Games incorporated a fantastic fighting scheme in Super Soldier, allowing for the combat to remain both fun and fitting throughout. 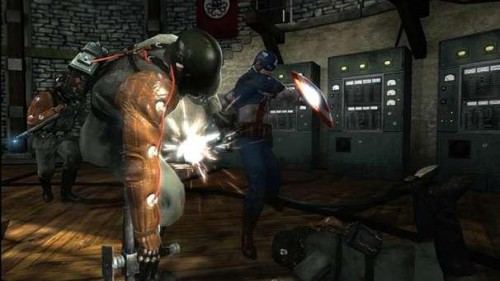 This game isn’t all about combat and taking down Hydra goons though, as extra elements were added to somewhat deepen the overall experience. As I mentioned, the main formula for each “chapter” is to tackle enemies and then open up a new path. To open up these said paths, “codes” must be cracked in some puzzles, which sounds simple enough, but that is actually the biggest problem. Most of the puzzles in the game require as much effort as moving two analog sticks together to either cross wires or match numbers in a pattern. It is a quick way to get to the next destination, but I would have liked to seen a bit more complexity mixed in as this feature would have been a refreshing one if utilized correctly.

The world with Captain America: Super Soldier is a large one, almost as if you were running through an open world game. The openness is sadly just an illusion however, as the game doesn’t allow backtracking and there isn’t a whole lot of interactivity within the environments. I will say that the Cap has bottomless pockets though, as there are a ton of collectibles to be found that level up techniques within the game. That being said, the incentive to explore is there, it’s just the the environments are a bit too bland to actually enjoy the experience. I found myself just wanting to push through to get to the action rather than have a look around as the scenery feels more like a painting due to the lack of depth added in. 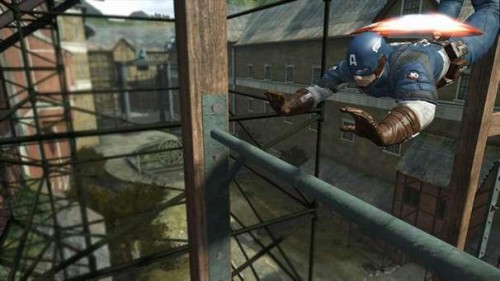 Interestingly enough, Captain America can jump from platform to platform at lightning speeds and scale a small wall or building without much effort at all. This is unfortunately another area that was in need of some extra attention though, as pulling off these awesome animations is a streamlined affair, where the game takes care of the actual platforming and the player simply presses a one button input to correctly time a jump. I didn’t mind this shortcoming too much though, as I felt it still displayed the athleticism for our hero, and while all I was doing was pressing a button, this mechanic still required enough effort to make me as the player feel I was still behind the wheel.

Even with collecting most of the hidden items within the game, taking on all the bosses, and watching the somewhat entertaining cutscenes, most players should finish this experience in around 7 hours. Due to this. there isn’t a whole lot of replay value at all within Super Soldier, which is a bit disappointing as with such clever mechanics, a few extra modes or levels would have went a long way.

Graphics/Audio
The visuals in Captain America: Super Soldier are a bit of a mixed bag. On one hand, you have the blue wonder himself, who honestly looks finely detailed and never misses a beat when it comes to the animation-heavy combat and platforming. On the other hand, you have the rather generic enemies and environments that feel a tad rushed. Bosses are well designed much like our main protagonist, but I do wish that the standard enemies matched that of the main characters as the overall product would have felt much more complete and fulfilling in the long run. 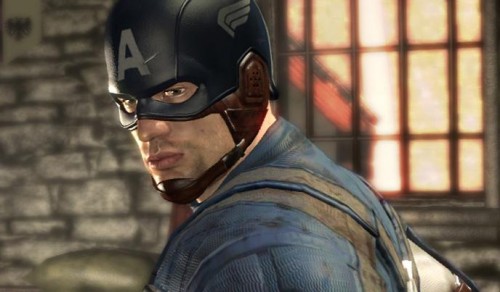 I found the music to be a much more pleasing element of the game, as each tune keeps the action exciting and fits well with each setting throughout. I also must give it up to the voice cast, as Chris Evans, Hayley Atwell, and many of the actors from the movie showed a fantastic effort in bringing their persona’s from the movie alive within this game. Sound effects are also well done, as the “whisk!” of a shield toss and the realistic sound of gunfire keep the combat satisfying and makes the actual gameplay a much more immersive experience.

Overall
Captain America: Super Soldier may feel a bit rushed due to the somewhat flat scenery and automated platforming, but where it lacks in innovation and detail, it redeems itself with a fine-tuned combat scheme and relatively enjoyable gameplay mechanics overall. Some could argue that the finer features found within this game are a bit unoriginal, but considering the watered down comic book experiences we have seen this year alone, Super Soldier feels like a bright ray of hope for what we could see in the future. It’s not groundbreaking by any means, but I can say I can look back and remember this title being one experience where I spent most of my time enjoying the gameplay rather than clenching the controller in frustration. Either way, fans of Captain America (and action games in general) can now rejoice, as a solid experience has finally arrived on consoles.

I Give Captain America: Super Soldier for the Xbox 360: