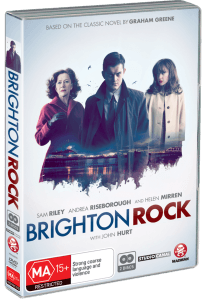 Too often, film adaptations or remakes are compared to their original inspiration instead of judged as a standalone work. The film must always be better than or worse than the original, but no matter what happens it is always defined by what came before.

Such is the case with Rowan Joffe’s Brighton Rock, a film that must live up to a 1938 Graham Greene novel and a 1947 John Boulting film of the same name. Most critics have stated the 2010 film as a remake falls short of the original; I haven’t seen the original nor have I read the novel, but I most definitely must say that overall, Brighton Rock was a disappointment.

The narrative tells of a thug named Pinkie Brown, who is a member of the Spicer’s gang. When the rival mob in Brighton, run by Colleoni, kills Brown’s boss, he seeks revenge in the form of killing a member of Colleoni’s gang. However, a young waitress named Rose witnesses the murder, and Pinkie must seduce her in order to keep her quiet. Rose’s boss becomes increasingly suspicious of their relationship, and soon it becomes difficult to tell whether Pinkie is falling for Rose or if she is just a part of his plan. 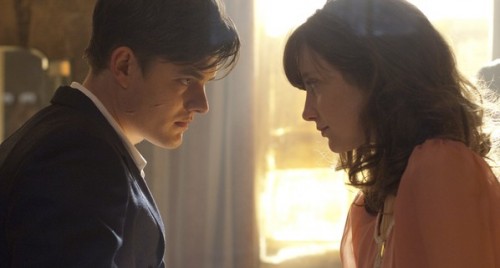 As far as narratives go, Brighton Rock is one part crime-thriller and one part film/neo-noir (depending on how technical you want to get). The film begins wonderfully, and ends with a twist that, really, isn’t a twist because any half-intelligent member of the audience would see it coming. However, this ‘twist’ is what ends up breaking the film and sending it on a downward spiral, just like its protagonist.

Watching the film, it’s hard to believe Joffe had two previous storylines to work with because the film seemed to disintegrate from the halfway mark. With the story already mostly formulated from the novel and 1947 film, all Joffe had to do was work through the plot and make it a believable yet tragic tale. What resulted instead was an increasingly ridiculous and unbelievable attempt at communicating the story about a gangster and his lover – even the script itself was unengaging and felt forced at times.

The main character in the film is Pinkie – an antihero, if I had to box him into a category. Pinkie is cold and calculating, but (unlike most other antiheroes) there is so little of his personality or actions that are actually relatable. In the beginning of the film, Pinkie’s motives behind his actions were clear and understandable; as the film progressed, he became more distant from the audience. His character could have used far more character development – the film failed to really delve into his life, though and thus left us with a very two-dimensional gangster. You have to wonder why he’s even the protagonist when there’s no sense of his progression throughout the entire film.

Even if the character development was poor, Pinkie’s character could have still been redeemed if Sam Riley had a real connection with his character. Suffice to say, he didn’t. It felt as though Riley was just playing the character of Pinkie Brown, rather than connecting with his motivations and understanding what makes his character tick. 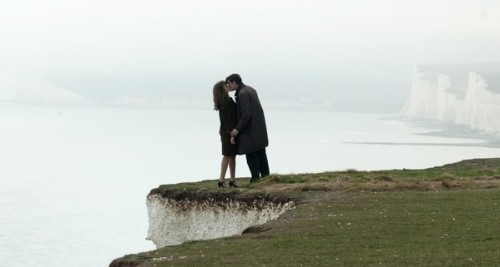 However, Pinkie is a right treat compared to Rose, the waitress he pursues. Carey Mulligan was originally offered the role of Rose, but when she turned it down it was offered to Andrea Riseborough. Rose is a shy, blithering girl who falls in love with Pinkie and must fight against what her boss and friends tell her about him. While she starts out very sweet and innocent, the only way to describe her as the film progresses is “more and more irritating”…seriously. Rose falls in love with Pinkie after a few days (more out of desperation and the fact that a man is paying attention to her than genuine ‘love’, in my opinion) and then becomes a pathetic puppy that follows him around for the rest of the film.

Riseborough’s performance was more disconnected than Riley’s, and it definitely felt as though her casting in this role was all wrong. There were sparks of brilliance in her execution (which cannot be revealed because they would most definitely be spoilers), but for the most part her portrayal of Rose was awkward and inconsistent. Also, it didn’t help that Riley and Riseborough seemed to have no chemistry at all between them. 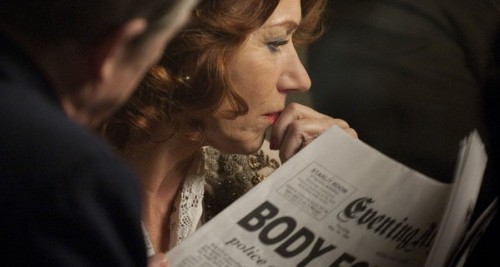 The true shining star of the film however, is Helen Mirren’s character, Ida. Ida is a wonderful mother figure to Rose, while still maintaining sexy streak – basically, she’s just Helen Mirren thrown into a gangster flick. Perhaps its Mirren’s experience, or the fact that her character was probably the most sane (and least frustrating) out of the three main characters, but Ida made the film’s narrative weaknesses slightly more bearable.

Despite the film’s shortcomings, what makes Brighton Rock beautiful is the visual elements and the soundtrack. From start to finish, the film’s cinematography captured me. The intense contrast in the lighting, the extreme long shots of the scenery, and the general tone of the visuals really captured the mood in a nutshell. The locations were also brilliantly selected: no matter if it’s a lighthouse on top of a hill or the boardwalk, everything is a delight to look at. The costuming was also beautifully executed, with Rose and Ida’s clothing being an aesthetically pleasing representation of the setting of the film. 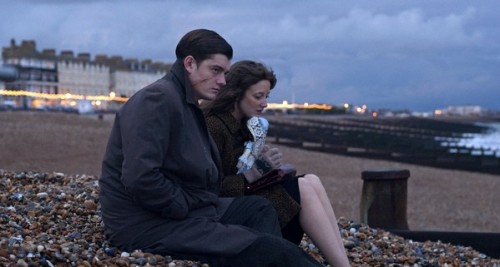 Soundtrack-wise, the selections were often unique and definitely captivating. During chase scenes, the music that would belt out would not be fast-paced rock music; rather, Joffe selected a soundtrack with saxophones and drums to add to the film’s jazzy noir atmosphere.

The DVD comes with so many extra goodies, they had to house it in a separate disc (yes, Brighton Rock is a two-disc purchase!). With audio commentary from the director and the editor, Joe Walker, a “making of” segment, extended interviews with Joffe, Riley, and Riseborough, deleted scenes, and even more, there sure is plenty to come back for after the credits have rolled.

Brighton Rock is a shaky film that has more cons than pros. It’s definitely worth watching if you’re in for a visual treat, but as the narrative gets shakier and Pinkie and Rose both become irritating, the cinematography can only do so much. The only other reason I could possibly suggest to watch it (besides for comparison to the original) is for Helen Mirren – I know she’s popular with the gents, and two hours of Mirren is worth it no matter how mediocre the film is.