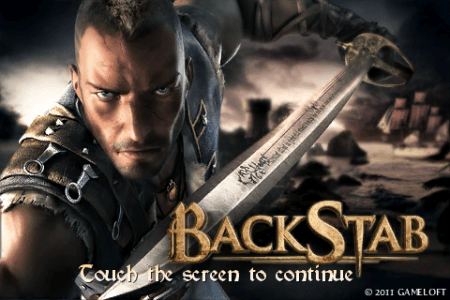 From the very second you open the App, BackStab blows you right out of the water. Opening with stunning cinematic cut scenes, you’re immediately thrown into the world of naval officer Henry Blake. Betrayed by his own navy, Blake has had his life stripped from him. Jailed and broken, Blake sets out on his quest into the dangerous world of an 18th century Caribbean island in order to seek revenge from those who betrayed him. Time to draw your sword and help Blake claim his revenge. 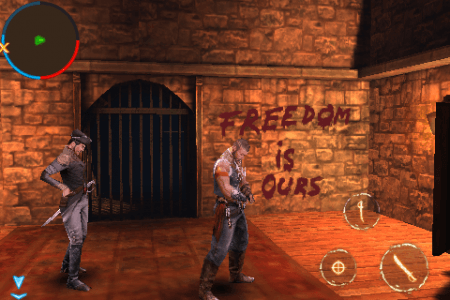 The first few levels are a little rigid in their structure. You are given quests that you need to complete to exact your revenge. Without giving too much of the plot away, this direct path ceases to exist once you make your escape from prison. From here on out, you have the option of picking side quests and roaming across a number of different lands. While I found the first few levels limited, they really pushed the narrative forward and project you into the exploratory nature of the latter part of the game. As I said, the earlier levels have a clear path for you to follow, but they still utilised some explorative elements in order to navigate through them. Much of the work Blake needs to do is best kept to the shadows. Attempting to take down an entire naval force single-handed is no easy task, and drawing attention is a luxury both you and Blake can do without. In order to make your way through the dangerous world, you will need to scale countless numbers of walls and jump from roof to roof. While a few of the scalable walls are a pain to make your way across or over, it really adds to the sense of adventure of the game as a whole. For the moments when you simply cannot avoid conflict, Gameloft have provided some truly impressive combat. 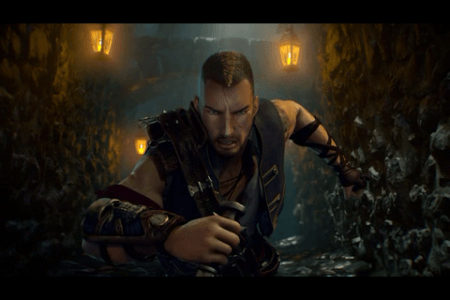 The 18th century was a pretty rough time, especially in the Caribbean. At least I assume it was I’m basing the majority of this opinion on watching Pirates of Caribbean. Despite my historical inaccuracy, Gameloft have captured my expectations of 18th century Caribbean life with some impressive, and often gruesome in-game combat. Your trusty weapon for the most part will be a sword, which varies in type and strength the further your process. This isn’t the only weapon you’ll pick up along the way though. No renegade naval officer would be complete without a trusty pistol. The pistol can be utilised, as a weapon out of combat for some sneak attacks, however the loading time is rather slow depending on the quality of your weapon. As well as this, the pistol also comes into play in combination attacks while you are crossing blades with enemies. While pressing the aptly labelled sword button, you will wield your blade wildly, striking enemies who dare to cross your path. But if you still want a bit more of a bang in your attack, pressing the button labelled with a skull that appears during combat will bring your pistol into the mix for a final deathblow. The combat is an integral part of the game, one that Gameloft have done extremely well in this title. So well in fact, that I will be mentioning it again in this review. 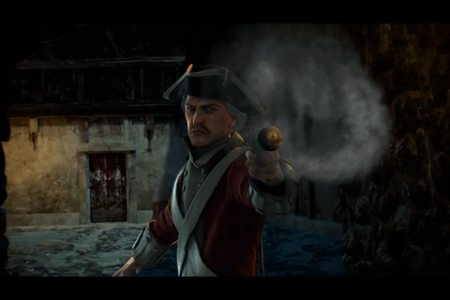 As I’ve mentioned, BackStab has some amazing combat during game play. While a great deal of this is due to the mechanics of the game, the large part the graphics play cannot go unmentioned. For the duration of combat the graphics are up to the games standard, but when you hit the final nail in the coffin and kill your enemy, the graphics jump out with explosive force. Killing an enemy moves to a small cut scene (no pun intended) where Blake will ram his sword into their stomach or face and expel a large amount of blood. Cut scenes also appear during combat if you use a combo-attack that utilises the pistol, again, which results in a really gruesome death. If you sneak up on an enemy from behind the game will run in slow motion while Blake jumps into attack. Designing the fighting style like this really emphasises the role of combat in the game, as well as the cutthroat nature of 18th century naval/pirate life. Cut scenes are also found throughout the whole game, not just in combat. The graphics in these are nothing short of amazing. You are given the option to skip most of these, but honestly why would you when they look this good. 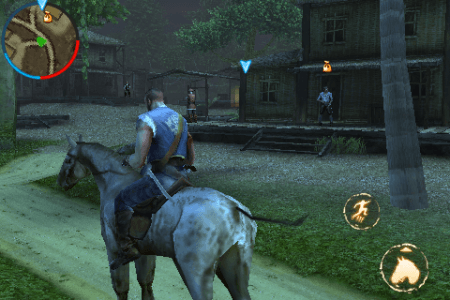 Backstab’s audio is constructed much like a movie. Each character has their own distinct voice; each scene has an array of atmospheric musical scores, as well as a wide range of sound effects through out the game. Background music doesn’t play through out the whole game, rather it is implemented in certain times to signify tension, the start of new areas, or just to personify the area you are currently in, working well with the graphical representations of the world. This is paired with some great sound effects that really give life to the world, such as wind on the beach levels or birds twittering in the trees in forests. It couldn’t possibly be a naval themed game without some impressive sound effects during combat. Canons exploding, steel clanging and gunpowder igniting, there is great attention to detail throughout the whole game.

To be completely blunt, play BackStab, you will not regret it. With a strong narrative running through the whole game, justifying every sword swing and enemy killed, BackStab makes for a highly addictive adventure game. Combine this with amazing graphics and audio and a highly detailed construction of a vast world to explore, and you have a winner.