Assassin’s Creed is a massive franchise with four retail titles to its name, some books, huge amounts of merchandise, so on and so forth. So it’s not really a surprise that there is a card-game app that is related to it. Or is it a surprise? After being exposed to many a franchise exploitation (oh Teenage Mutant Ninja Turtles, why?) I’m pretty jaded about the whole thing. But lets see how the card game measures up. 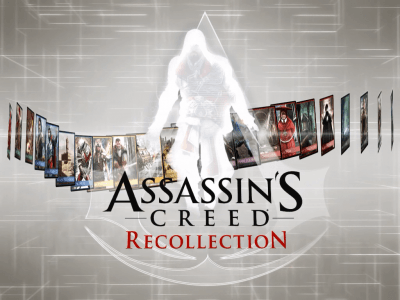 Now, I don’t know a whole lot about the Assassin’s Creed backstory and assassins and characters and all that. Given that the characters are what are on the cards I thought that a lot of it would be going over my head, but actually that didn’t happen at all. I’m sure some of them went flying over, but good deals of them were just normal. In fact, if it weren’t for the art and the constant reminders, I might just think this was a card game based in old-school Italy. Yeah that’s right, I wouldn’t even be able to narrow it down to a century, that’s how little I know about history and how malleable the gaming characters and settings are. 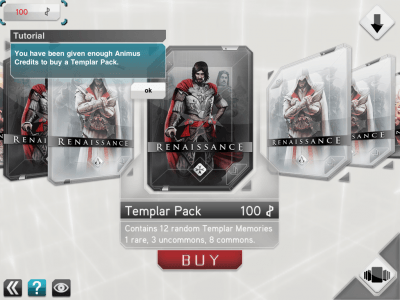 Recollections is based around memories, which is what the cards are meant to be. The cards can either be ‘agents’ (read: people), settings, or special actions. Seem simple enough? Well believe me, the game itself is ridiculously difficult to understand. There are so many rules and tactics to keep a hold of that this isn’t going to be one of those games you can actually play against someone else unless they do the really long tutorial first. 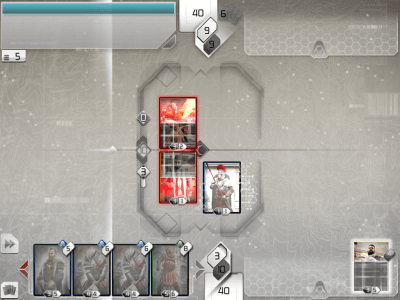 Yes, there is a really long tutorial, they don’t just throw you into the deep end. There are different parts to the tactics and useable cards (that is, the difference between people, settings and special actions) and you are introduced to each one gradually. The game lets you get a hang of the uses of each type in controlled environments, which I think is the best way to do it and it allows you to learn how the computer uses tactics (which you will probably depart from when you’re given free reign). Once you exit the tutorial the transition is a bit of a throw-off, it does get markedly harder once the computer plays for real. 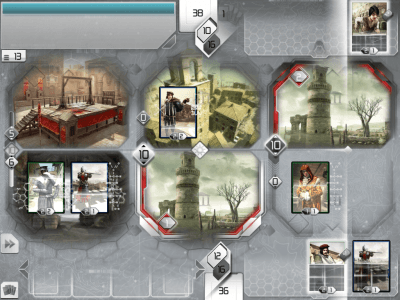 The rules are detailed, long, and super complicated. The basic gist is that there are three regions in each game and the goal is to own each region by having influence in the region, which can either be achieved through sending people in to these regions or putting a setting in. The cards differ in their influence points and to own the region you have to reach ten first. There’s a lot more to it than that, but that’s the basic gist. 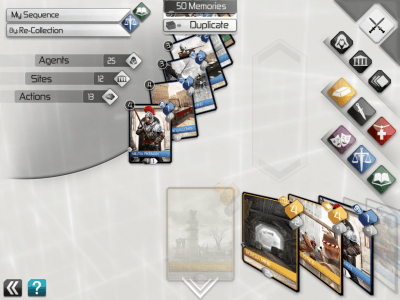 You have a set of memories and you can buy more memories with Assassins credit, which you earn by winning games in story mode. However, I don’t know too much about this because the app decided that it was impossible for it to connect to the Ubisoft server. However, I’m assuming that this allows you to upgrade your memory set and get some better things in your deck. I did notice that at certain levels it gets quite difficult trying to get by with your intro deck when the opposition is bringing out some kickass memories.

At the beginning of each game you can look at starting hand and change your cards once, randomizing to another hand out of your sequence. I don’t really understand the whole hand/card-drawing business too much but that’s just me and the ridiculous amounts of rules that this game has.

You can also alter your sequence once you start expanding your deck. I never got around to this stage because I didn’t have a good enough handle of the tactics yet, but I’m sure it would be quite useful. 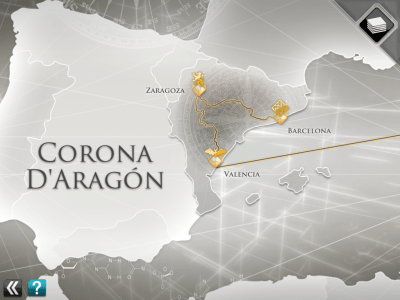 There are two different playable modes; story mode where you play through different countries and regions with little stories along the way, making your way through Europe and taking control of parts of it, and versus mode which is multiplayer online mode. 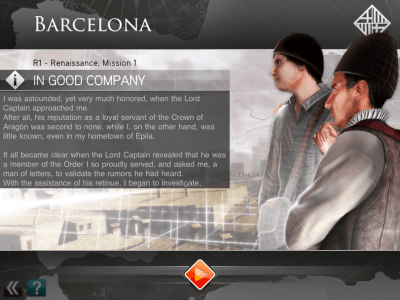 Visually Recollections is great in the style they present it. It certainly sticks with the Assassin’s style in terms of the memories and the recollection of memories (ha, get it?). There aren’t any impressive animations or scenes that are shown, it’s mostly about the art of the memory cards and the background. Still, it’s quite a good representation of a very certainly styled game. 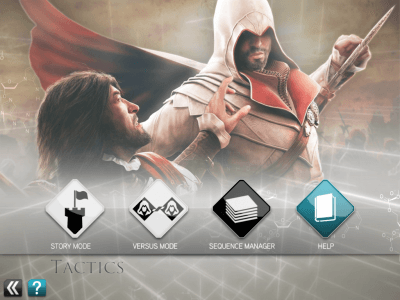 The soundtrack isn’t the most obvious backing track in the world, it sort of chills out in the background gently, every so often speaking up slightly but not enough that you get terribly annoyed at it. It’s not something that’s going to get stuck in your head too badly, but I did find that after playing the game for a while I got over it.

So if you have the time, patience and skill to give this game the time it needs to really familiarize yourself with it, you’ll definitely find yourself dedicating a lot of time to it.