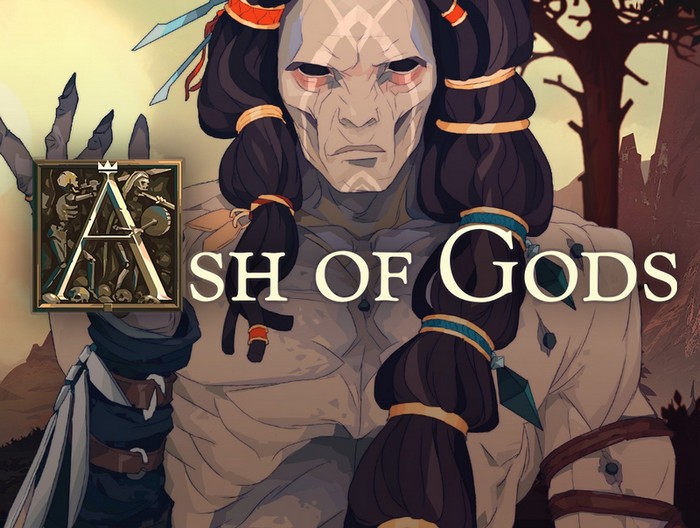 When it comes to different genres, I consider myself always open to new experiences. Even when it is something I don’t usually play. Stepping out of my comfort zone has rewarded me greatly in the past. Granted, I didn’t have many field trips into the strategy genre besides Red Alert series and CIV V but what a better opportunity than this one. I’ve read Jamie’s Ash of Gods: Redemption preview from last month and while he had some great things to say about it, it is the art style and peculiar combat system that got me curious. So let’s dig deeper into it, shall we?

The story in Ash of Gods: Redemption does not pull any punches from its starting lines. There is so much going on, so many characters being introduced in the first hour of gameplay that it is necessary to keep your focus at an all-time high. It’s like being thrown into a random episode of the first season of Game of Thrones and you have to scramble to connect and remember all the characters, their motives, and background story before the season finale is up. In any case, we find ourselves in the world of Terminum, 100 years after the last Reaping. It is the event where the ancient evil awakens, determined to plunge the world into the chaos and destruction. Soon enough, enough protagonists are introduced to form three different parties that you will play as through the game. Captain Thorn Brenin, the bodyguard Lo Pheng, the scribe Hopper Rouley and many others are caught between their own personal demons while trying all together to stop the impending apocalypse. And this is one aspect of Ash of Gods: Redemption that I find particularly interesting. Not the complex and character-rich narrative, but the story behind the story. Each of the protagonists has their own identity that can be hardly influenced or changed by your choices in the game. Some are irreparably cynical, some operate in a morally gray area and some feel like villains that just happened to end up on a good side of the story. It is refreshing to find myself as a mere observer of the characters for once, instead of acting an omnipotent player who pulls the strings of their lives and decisions. 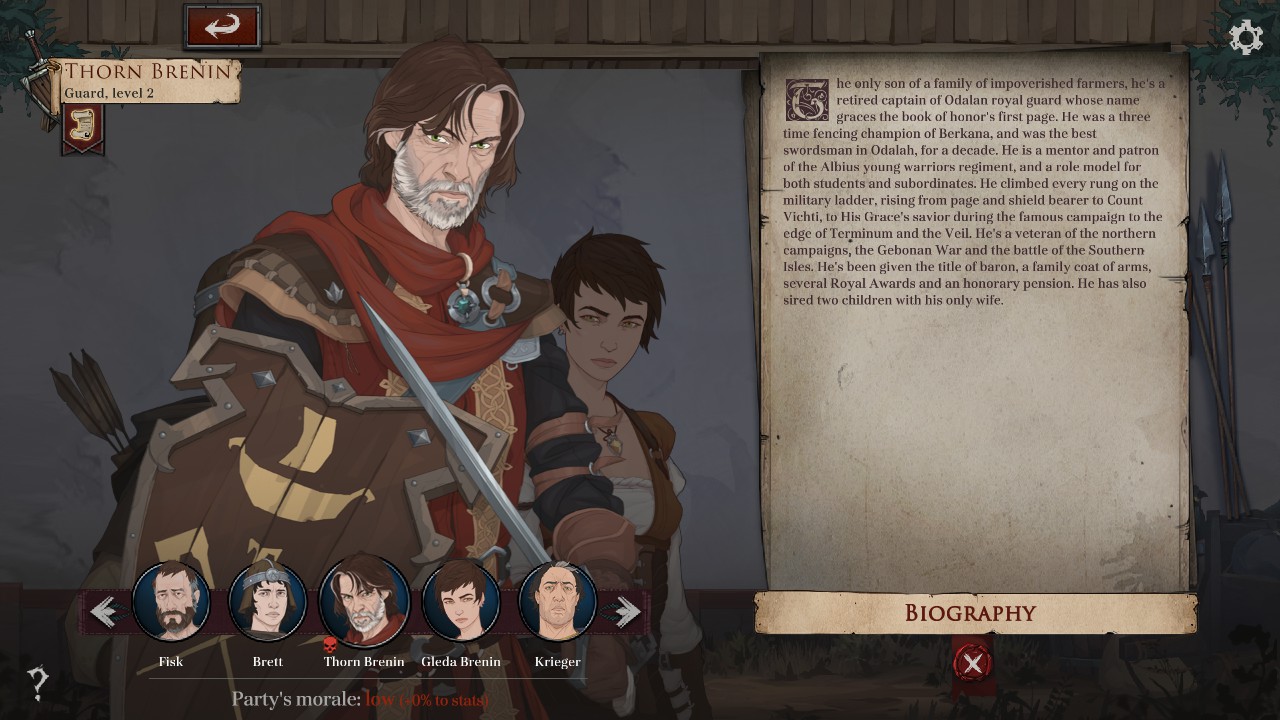 I mentioned the peculiar combat system in the opening and soon enough I found it to be one of the most interesting and creative aspects of the game. Ash of Gods: Redemption plays via turn-based combat, but just like in its story, there is far more beneath the surface. All characters (enemies included) possess two bars – health and energy. While the health one is self-explanatory, the energy bar is used for special moves and skills. You can still attack when your energy bar depletes but here is the twist: having no energy will make you take twice the damage. With each attack you can choose if you want to chip away some of the enemies health or energy, thus robbing them of their special moves and taking them down twice as fast. Then there is the card system. Through the story progress and defeating mobs of enemies you find and unlock new ability cards that can be used in combat as buffs and pull you out of a tight spot. There are two modes offered to at the start, giving you the choice in how to play the game. Classis mode is there to put your strategic skills to the test, with harder enemies and tougher challenges. Story mode still offers some challenge, with a bonus of auto-battle system, somewhat easier enemies and additional resources. 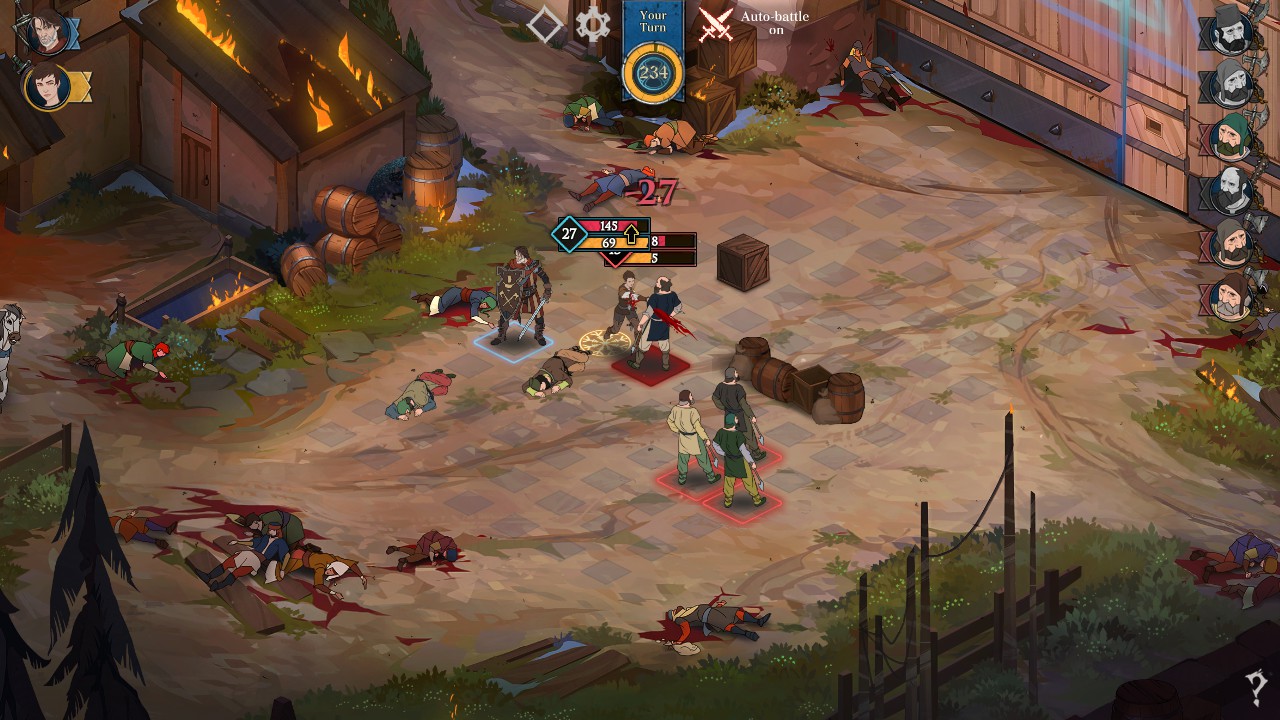 I could start this too with “this is another interesting part of the game” but at this point, there’s no need. The game is passing all the tests in what I expect from a good strategy RPG. Regardless of that, one thing that can certainly entice you into purchasing is the amazing art of Ash of Gods: Redemption. The enemy animations, character portraits, story segments and all the hand-drawn backgrounds combine into a beautiful as well as the grim setting of Terminum. Story animations are fluid and of superb quality, occasionally giving you an impression that you’re watching an animated fantasy epic straight out of some Hollywood studio. 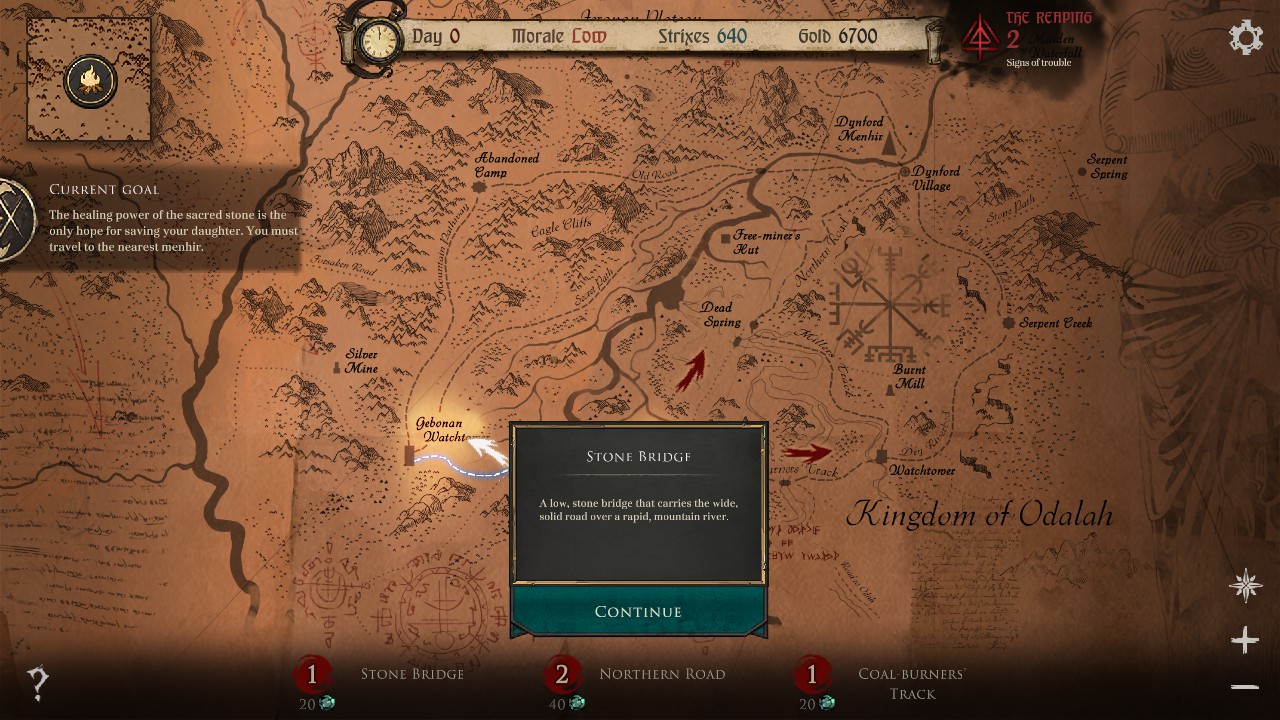 The music in the game does a good job in invoking the sense of the grandeur of the world of Terminum. You are welcomed with dynamic and dominant compositions in battles and during the defining story segments. To keep things from being repetitive, there are a couple of numbers mixed in with energetic Gregorian-like chants. The end result is an outstanding soundtrack constantly keeping you immersed in the game and complimenting its atmosphere as you play through. 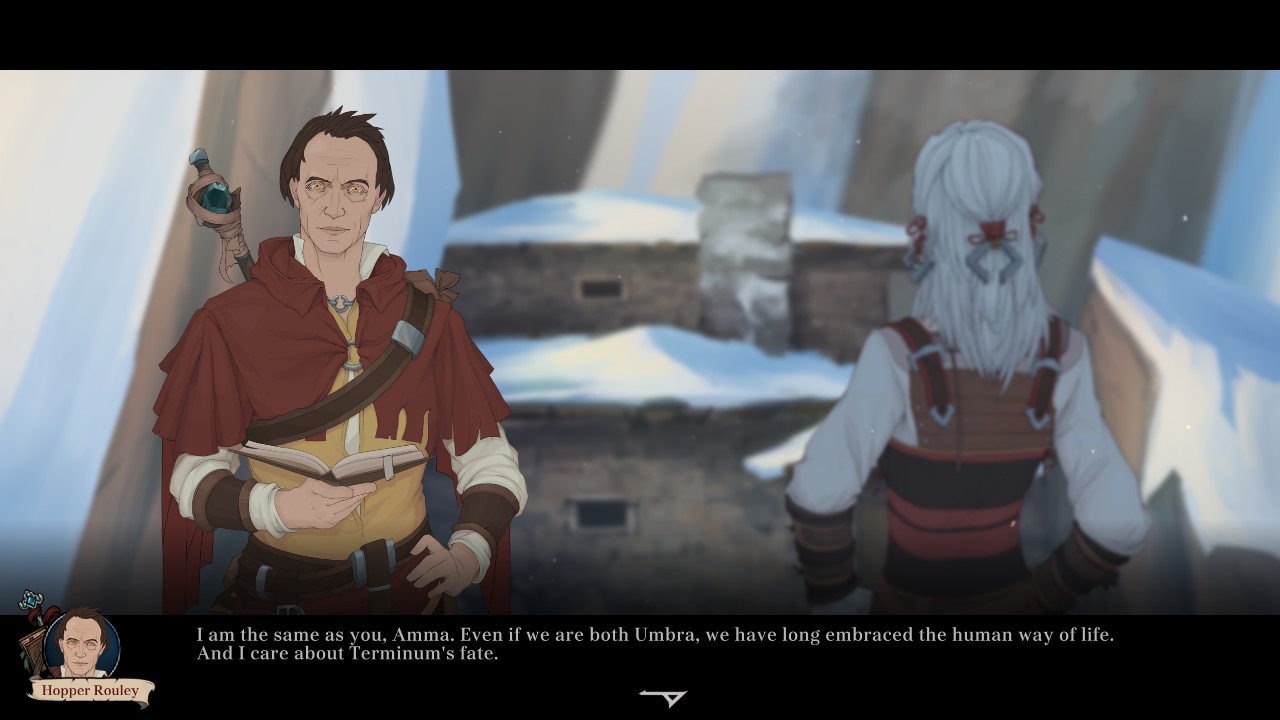 Ash of Gods: Redemption does have a small hurdle at the start requiring you to put some extra dedication and focus to fully comprehend the story. However, everything else past that point is nothing but rewarding. You are met with an innovative and compelling combat system, astonishing visuals and a rich story of monumental proportions. As far as I’m concerned, my little excursion to other genre realms turned out just fine. I was rewarded with a great turn-based RPG that hits all the good spots in my book and it has my sincere recommendation for all of you, whether it is your cup of tea or not.

Ash of Gods: Redemption offers a refreshing and unique combat system, coupled with some mesmerizing visuals following a rich and complex story.
8