After being released on PC earlier this year PQube has announced that they will be bringing Fiction Factory Games’ romance visual novel Arcade Spirits to consoles in early 2020. The game will be releasing on the Xbox One, PlayStation 4, and Nintendo Switch and is set in an alternate timeline set in the year 20XX where the 1983 video game crash never occurred. After a turbulent work history, you are granted employment at the Funplex, a popular arcade, home to a host of unique personalities and customers.

Players can design their character from the ground up to have their own selections reflected throughout the game’s artwork and gameplay and players will need to make roleplaying-based choices, that will allow them to grow their personality and relationships in any way you desire; Friendship, Platonic or something more intimate 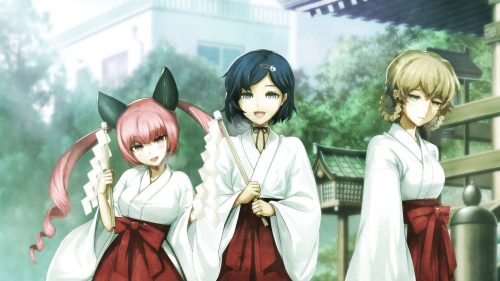