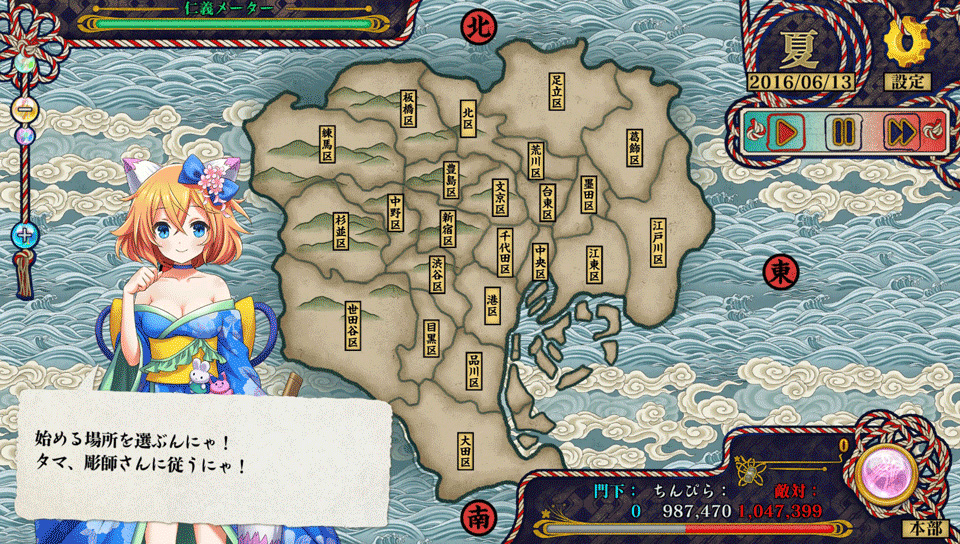 NIS America has announced plans to localize a rather odd looking title by the name of Tokyo Tattoo Girls. Originally called Irezumi no Kuni when it was released in Japan last September, NIS America is planning on having the game released for PS Vita and PC in North America and Europe sometime this summer though they did not state whether the game would be available physically or would be a digital only title.

Tokyo Tattoo Girls is set in a world where after a calamity occurs in Tokyo, some of the city’s survivors find themselves with powerful abilities bestowed on them by colorful tattoos. The city is cordoned off from the world, and its inhabitants isolated. To create peace, the city has been divided into 23 wards, each controlled by a powerful group known as ‘Kumi’. Together, these Kumi form the ‘Union.’ It’s rumored that escape from the devastated city is possible, but only for the person who manages to defeat all 23 Kumi.