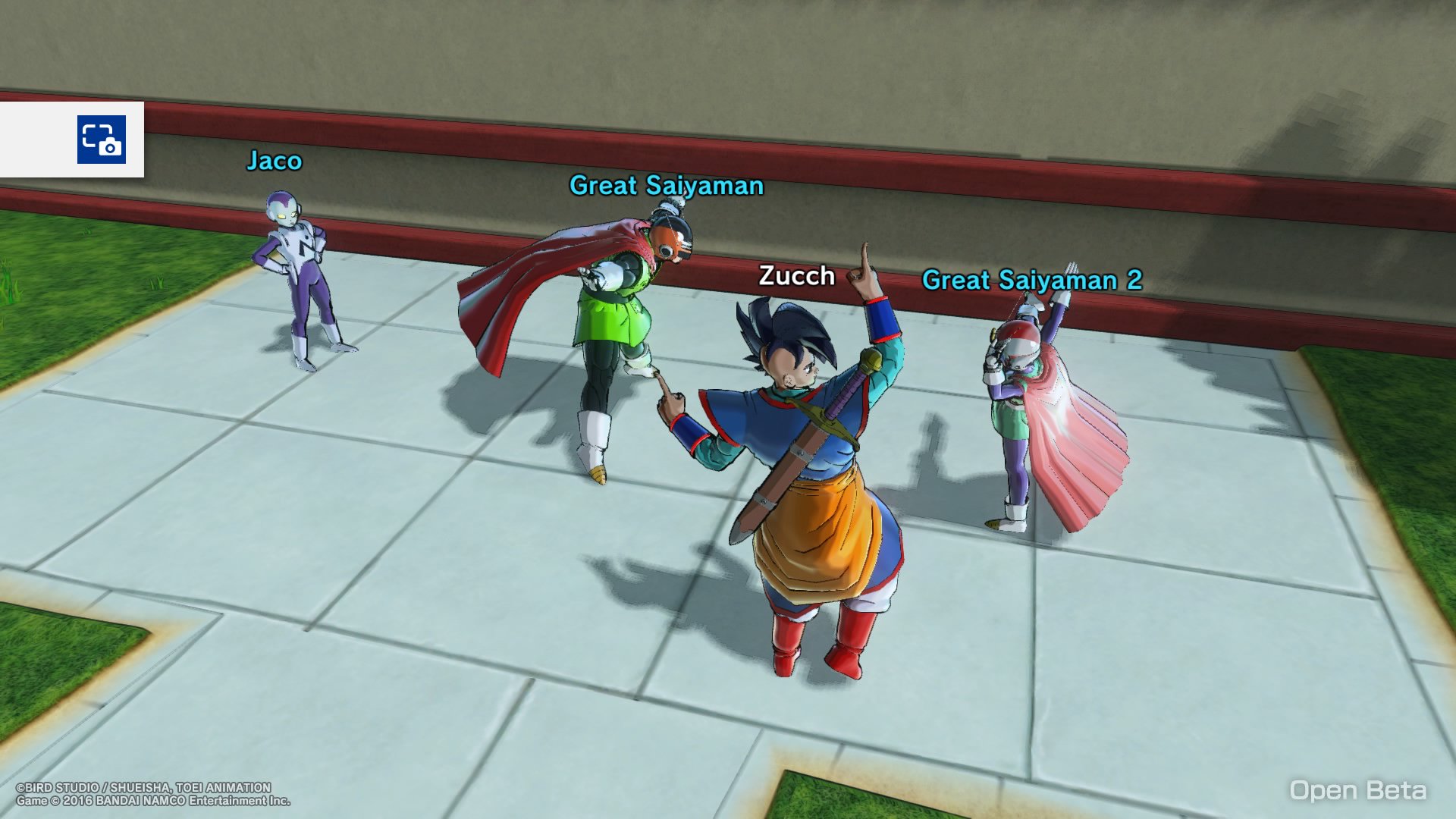 Dragon Ball Xenoverse 2 is right around the corner and for those who pre-ordered the digital version on the PlayStation Network or somehow managed to snag a code (thanks Bandai!) it was available to play for a couple of days over the weekend. Anyone that’s been following our coverage of the game would know I was more than excited to finally get my hands on the game but how did I feel after my 5 or so hours of playtime? Here are my brief impressions from the Closed Beta. I apologise for not getting more images or video from the Beta, I mistakenly thought I had another day to play so the above picture is all I have.

I’m going to start with what I liked the most and go down the list from there. Straight off the bat Conton City is an infinitely better hub world than Toki Toki City from the first game. Larger, more visually appealing, a lot more things to do, more efficient and it’s not separated into areas like Toki Toki City was. The hover board vehicle you get to help traverse the large hub world faster is fun to use once you get used to the handling and does its job well. If that’s not quick enough for you there is the ability to teleport to all the most important areas in Conton City by simply speaking to a transportation clerk and there is no loading screen to speak of. After completing a Parallel Quest (basically a mission) you now go straight back to the menu for that quest with the same team, a feature I definitely would have appreciated in Xenoverse 1. 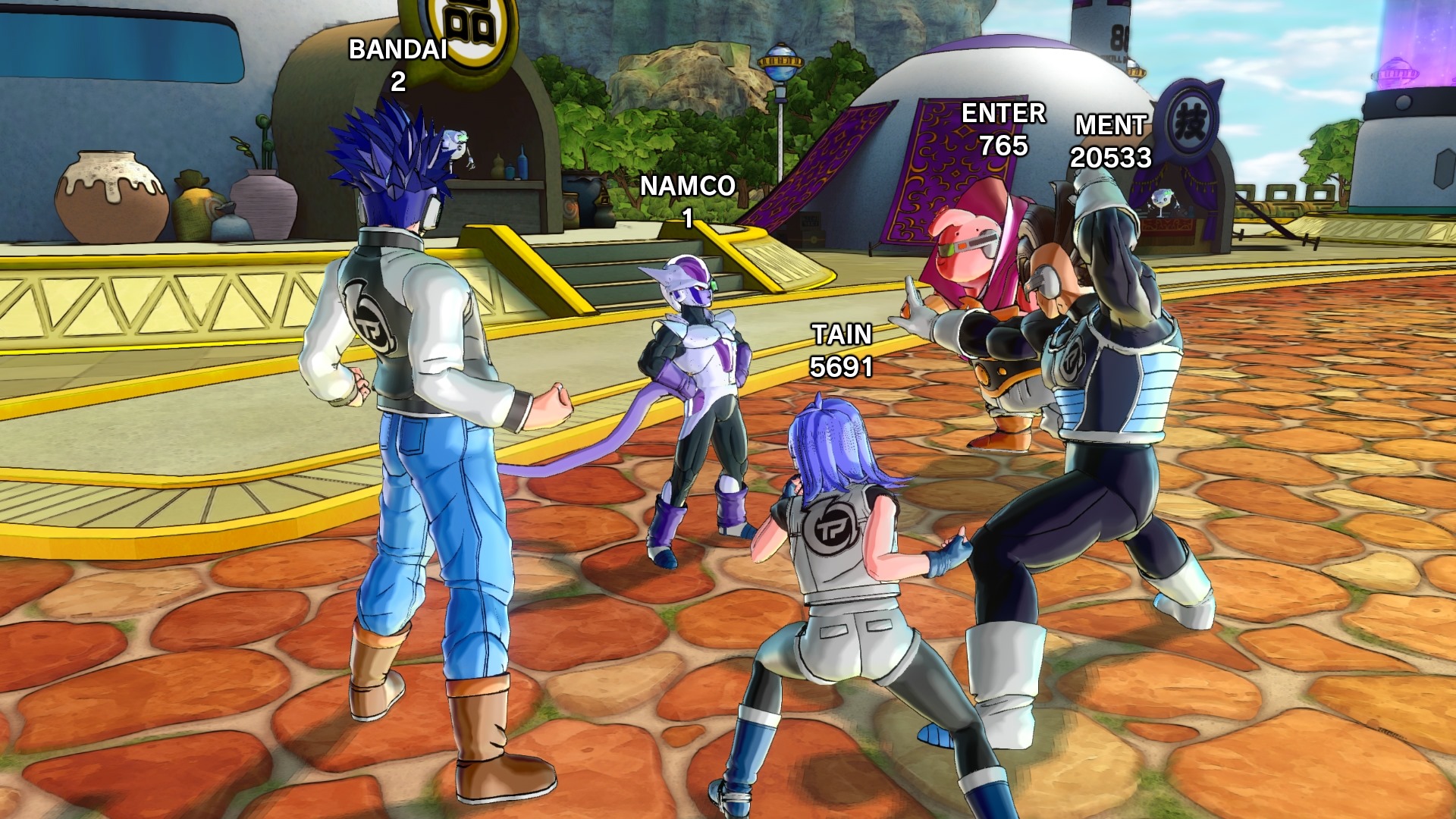 There are also special mini hub areas from the series such as Frieza’s ship or Planet Namek that have characters from the series that you can interact with and perform special missions with. These missions will include bonuses if you are the race that matches that location as well. Sadly these were locked away in the beta but the concept of them sounded interesting and there are even story elements tied into each area including a unique opening cutscene based on your race, making the race decision more important in Xenoverse 2.

The battle system has seen numerous improvements making the combat faster, more diverse and more strategic. While the bump from 30 to 60 FPS on consoles didn’t make as much a difference to me as I thought it would it is definitely appreciated. A few new moves that have been added to the game make all the difference, including a charged ki attack, stamina break, manual vanish and the two new dash mechanics which stop those who like to run away and turtle in their tracks. Each of these improvements functions well and brings a new layer of strategy to the fight as does the ability to see your opponents stamina bar. The more options in a fighting game the merrier in my opinion. 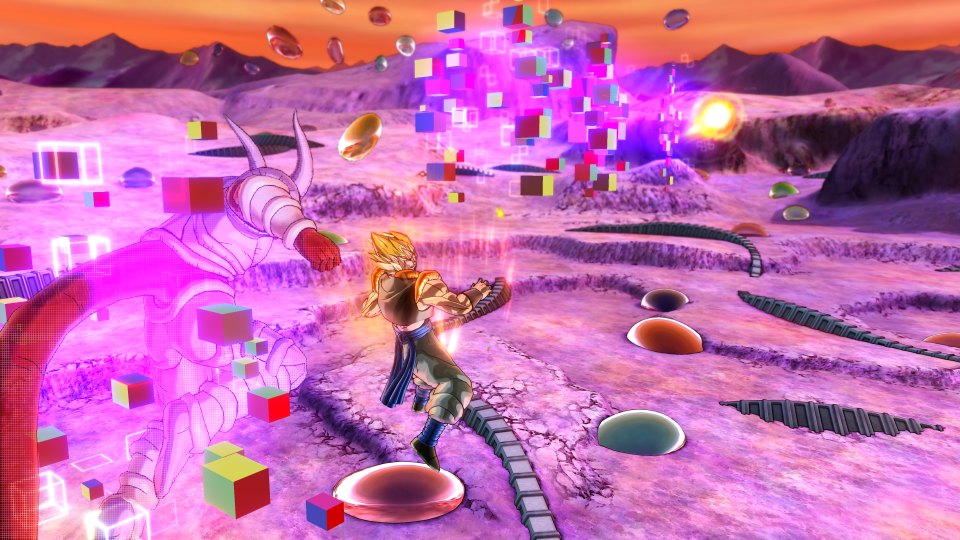 It just feels better overall. It’s more impactful, attacks connect better and the flow of combat is just taken to another level here. Combos have also been changed for the better as you can now mix and match all the combos available to you at certain points to create brand new ones. Combine these with super attacks (which there are impressively many new ones) and stamina breaks and the potential for huge damaging combos is certainly there.

All the created characters have new combo strings and new transformations which increase the variety even more. All seem rather balanced outside of Giant Namekians on small stages but this is much more fair to all races as in the first game only Saiyans had the ability to transform. Transforming also used to take up an ultimate slot which it no longer does, allowing you access up to two ultimate moves instead of one. 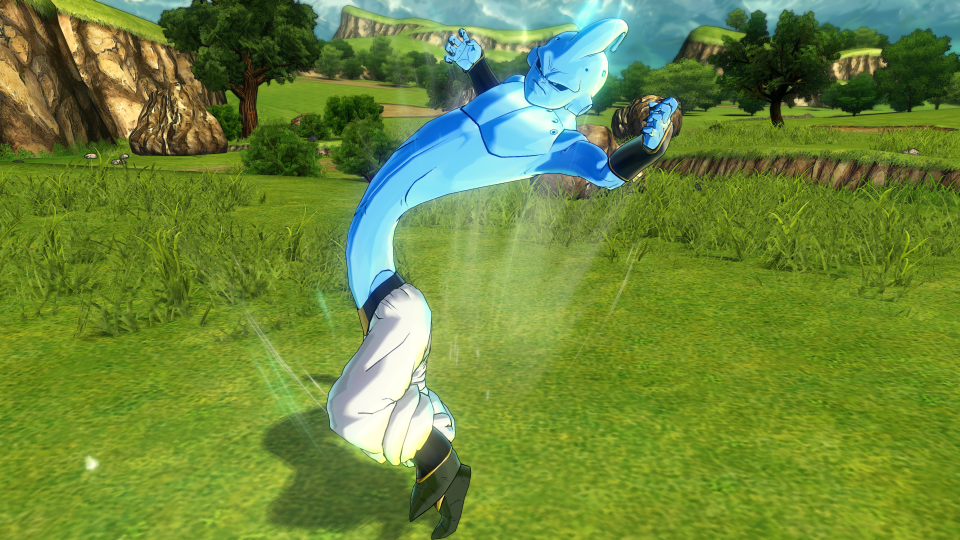 The online features and stability have seen major improvement. In Xenoverse 1 I barely touched online as the hit detection and lag basically made it unplayable alongside questionable features like allowing items which could fully restore your health to be used in battle. Ranked battles now have options to toggle items on and off and balance scale your level so that you can have a fair fight with anyone regardless of player level.

Unfortunately I wasn’t able to find any games with a connection higher than 1 red bar in the Beta but even then the game just played much, much smoother and I was still able to land most of combos and super attacks cohesively. It wasn’t great by any means but with a poor connection I couldn’t ask for much more. I did have a few matches where my opponent would become frozen, still allowing them to hit me but not for me to hit them. As this is essentially a game breaking bug I’d imagine this won’t make it into the full release. 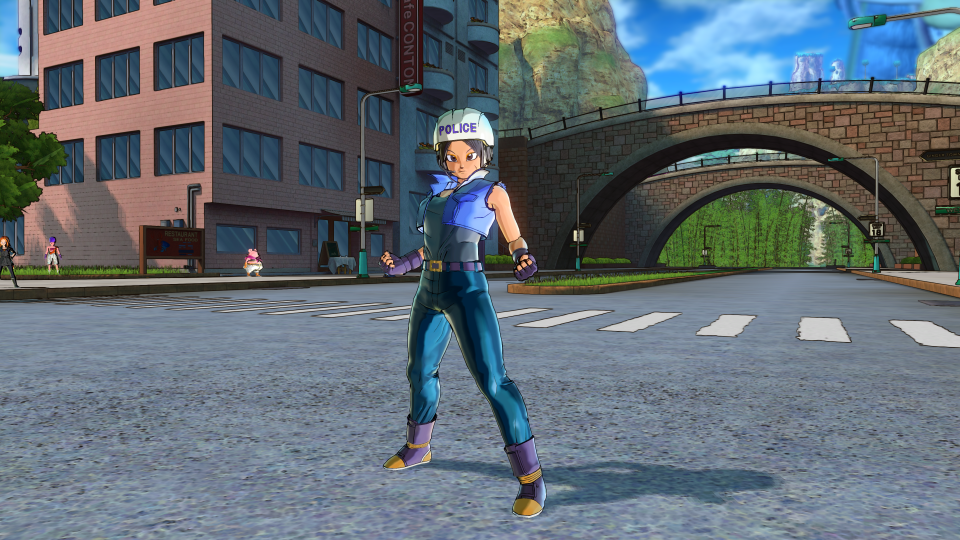 The create a character feature has a few more options for hair and face but unfortunately outside of that hasn’t changed much. There does seem to be a lot more clothing options in the game which like the super attacks is impressive as the first Xenoverse already had a decently large selection to choose from. A lot more clothes are also able to be coloured this time around as well. Speaking of clothing, a new item called a QQ Bang (don’t ask I don’t get it either) has been implemented that let’s you override your equipment’s stats, a common complaint that has been rectified thanks to this new item.

The few story missions available in the Beta followed the same beats as the first game, slightly building on the story of the first. I wouldn’t say it’s essential to play the first game to enjoy this one but I think it will make the story more meaningful to you. This is mostly due to the ability to import one of your Time Patrollers from your Xenoverse 1 save file, allowing you to bring over 7 of those hard earned skills you grinded for in the first game as well as whatever clothes your character was wearing. They also get a statue in the middle of Conton City and it kind of seems like they will play a pretty major role in the story as they have now become Trunks partner. 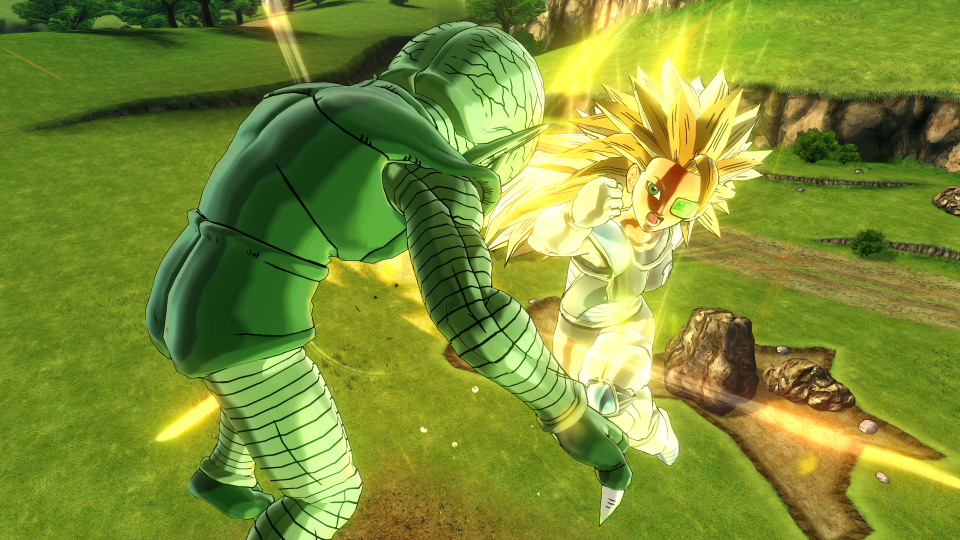 The visuals look marginally improved over the first game but it’s nothing major. That being said the first game already looked pretty good capturing the essence of the show with mostly accurate models and a bright colour palette. Unfortunately the audio has seen little treatment in terms of mixing with inconsistent voice volumes and music during missions still fading in and out in an in-cohesive way. This is unfortunate as the new music in the game is actually really good, reminiscent of some stuff we’ve heard in the Budokai and Tenkaichi days. I found it much more memorable than anything from Xenoverse 1 although I’m sure the Conton City theme will split opinions (but keep in mind the song that plays in the hub world can be changed in the menu).

What is a little disappointing is that the clothing stats issue seems to the only big complaint from the first game (full review here) that Dimps and Bandai Namco have directly addressed despite so much attention seemingly being put on fan feedback. Super Saiyan Hair still doesn’t spike up on the created Saiyans, the accessory slot has not been split into two which would allow us to further customise our character and the created characters still lack decent options to control body size. Then there are the aforementioned issues of the sound design, lack of beam clashes and characters coming into PQ’s with no proper lip syncing. 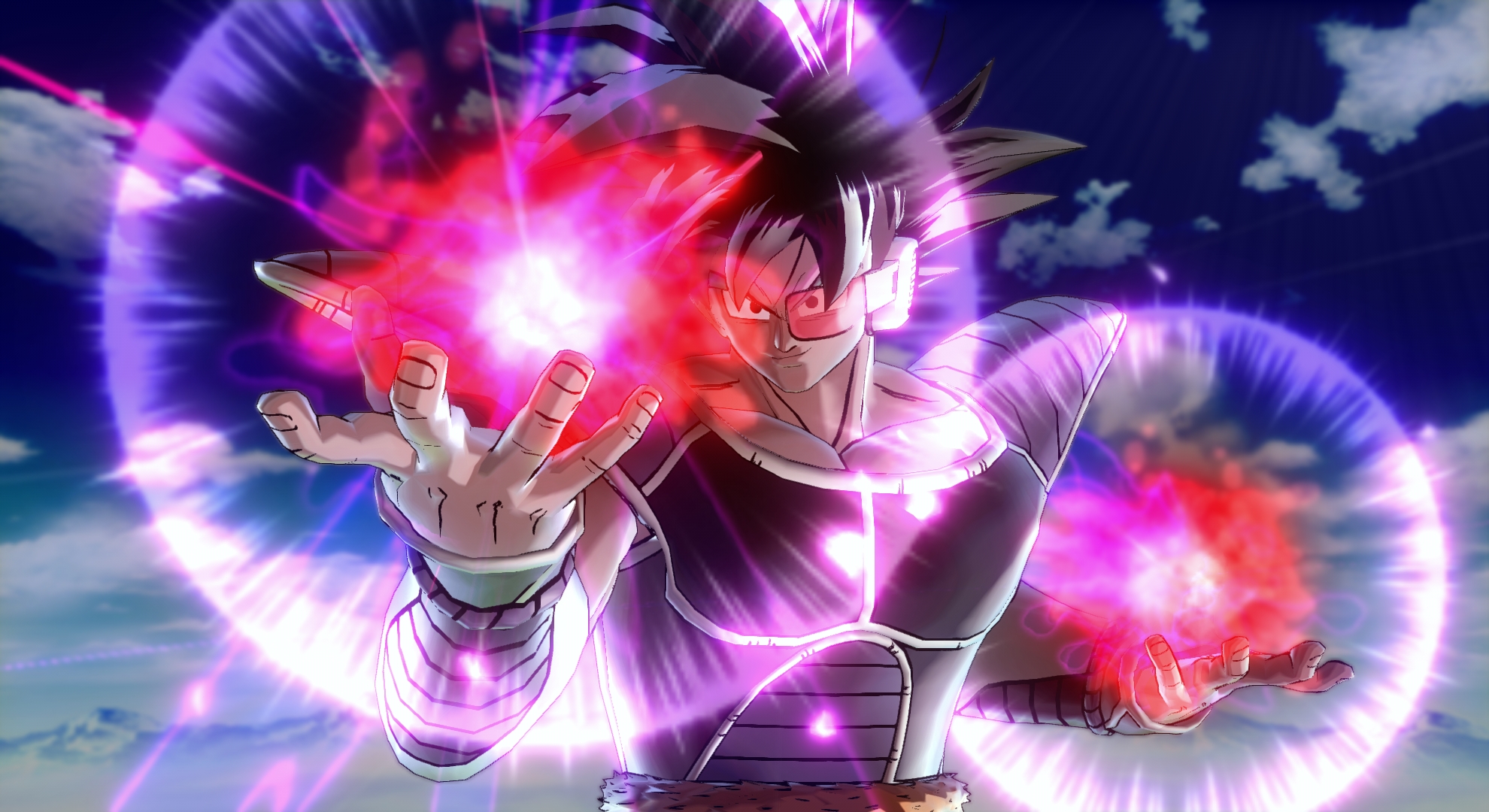 The average flight speed when your not locked on to an opponent is also slow enough to be an issue. This is a particular drag in the hunt the dragon ball missions where you characters has to travel across a huge map to get a Dragon Ball and then travel all the way back to return it to the ship. The hover boards in the hub city feel faster than the flight speed which doesn’t make much sense. These may seem like small issues but collectively they do detract from the games overall quality which is sad as all the big pieces seem like they’re in the right place for a top notch Dragon Ball game and these issues don’t seem to require too much work to fix. Of course this is the Beta but as we are so close to release it is unlikely in my opinion that anything outside of major bugs will be changed in time for release.

I had fun with the Xenoverse 2 Closed Beta and look forward to playing in the upcoming Open Beta again before the full game arrives. Xenoverse 2 should end up as a worthy sequel to the original despite a lack of addressing small issues. All shall be revealed when the full game releases on the 25th of October in North America and the 28th in Europe and most other parts of the world. Check back around then for our full review where I’ll be going all out and reviewing the game in detail.

All players on the PS4 will be able to enjoy the Open Beta in a couple of days. The official starting time is October 14 at 5 PM Japanese Standard Time. It runs for exactly two days. Keep in mind progress will not be able to be transferred to the full game when it releases but it has been mentioned those who play the beta and compete in the first World Martial Arts tournament for Xenoverse 2 will receive a special gift, most likely a unique accessory for their created character to wear. A live stream featuring new information from Bandai Namco’s Twitch is also happening on October 13th at 4 PM PDT.

Shokotan has breakdown while voicing for Dragon Ball Z: Battle of Gods