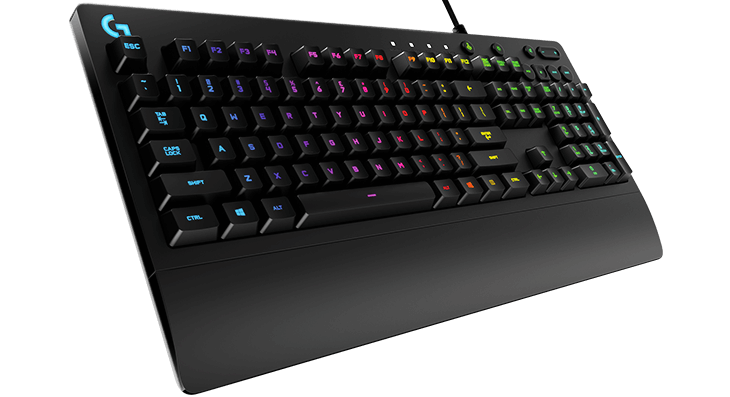 The Logitech G403 Prodigy Gaming Mouse and the Logitech G403 Prodigy Wireless Gaming Mouse feature a light weight design with rubber grips on either side of the mouse. Owners can tweak the mouse by adding up to 10 grams of weights to the mouse. The sensor is the PMW3366 12,000 DPI optical sensor, a wildly popular pick among eSports pros and gamers. The wireless version also feature a 2.4GHz wireless connection with a 1ms report rate. Both mice will launch sometime this month in US and Europe. The wired mouse will carry an MSRP of $69.99 USD, while the wireless version will be priced at $99.99 USD.

The Logitech G213 Prodigy RGB Gaming Keyboard is a rubber domed keyboard with RGB lighting. It features an integrated palm rest and two keyboard feet, allowing gamers to choose a keyboard angle that suits their wrists the best. Clumsy gamers will probably love the fact the G213 Prodigy is spill resistant. There are also a full set of dedicated media keys in the top right corner of the keyboard, letting users control their media without fussing with the FN key. The keyboard is set to launch in the US and Europe in this month for $69.99 USD.

Finally, the Logitech G231 Prodigy Gaming Headset is a stereo headset that connects to PC, PlayStation 4, and Xbox One via an analog connection. It features 40mm neodymium drivers surrounded by a light weight frame. The ear cups are a soft mesh used for sports equipment to help wick away sweat and heat. The ear cups can also swivel, allowing the headset to lay flat for storage. The headset as a foldable unidirectional mic and on cable controls. The headset will also be available in the US and Europe this month for $69.99 USD.

Logitech Prodigy series is an intriguing addition to the Logitech G series. The pricing structure is straight forward and extremely affordable. The products themselves have a strong feature set, making the Prodigy series a serious contender as the best bang for your buck gaming peripherals. 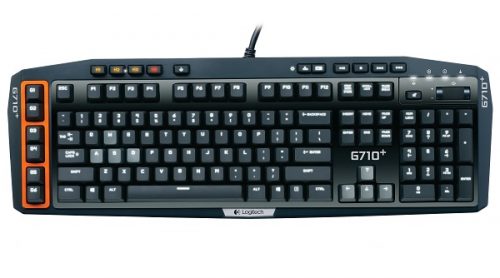