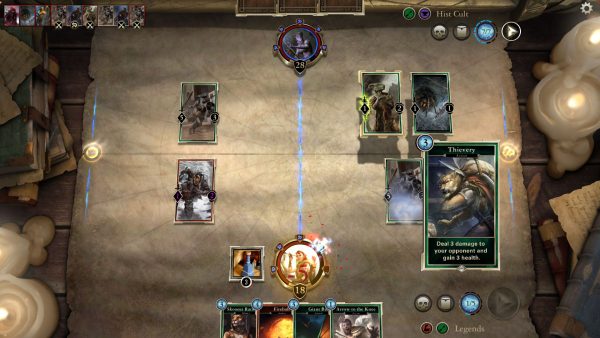 You may have forgotten that Bethesda is still working on a free-to-play strategy card game called The Elder Scrolls: Legends but now the company has decided to bring fans a refresher with a brand new trailer and news of a PC beta. The company has announced that they will begin taking closed beta applications for the PC version of the game and while Dire Wolf Digital is also working on an iOS and “additional platforms” for now only the PC version is being tested.

You can check out the footage for The Elder Scrolls: Legends below and if you happen to be attending PAX East this weekend, the game will be playable at booth #8021.

Get Ready for The Elder Scrolls Online: Tamriel Unlimited