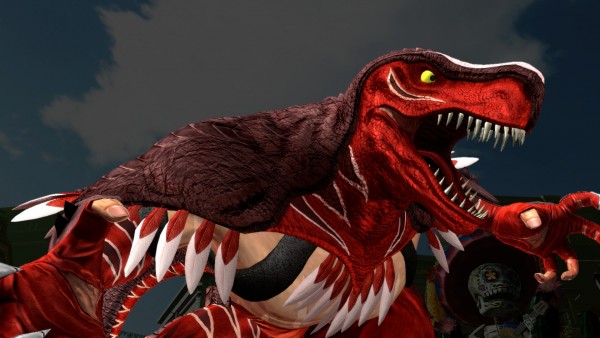 SNK Playmore has released yet another trailer for The King of Fighters XIV and this time around they are not only revealing four characters that will be playable in the game, but one of these four happens to be brand new to the series.

That new character happens to simply be called King of Dinosaurs and appears to be a “heel” lucha libre wrestler that wears a T-Rex mask when he battles, while the three returning fighters are Maxima, Clark Still, and the ever familiar Terry Bogard. You can check out the trailer and a few new screenshots for The King of Fighters XIV below.

The King of Fighters XIV’s E3 Trailer Brings the Action