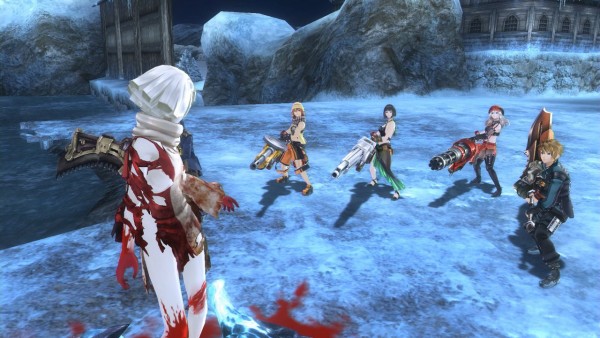 A little bit prior to everyone getting some time off for the holidays Bandai Namco delivered RPG fans a gift by announcing that God Eater: Resurrection and God Eater 2: Rage Burst will both be released in the West sometime in summer 2016 for the PlayStation 4, PS Vita, and PC.

Now while many are pleased to hear that God Eater: Resurrection and God Eater 2: Rage Burst will be released in English, a minority may want to know that producer Yuzuke Tomizawa has stated, in an interview with PlayStation LifeStyle, that the title will only support English voice work and not contain the original Japanese voice track as he simply responded saying “It’s just going to be pure English.”

God Eater 2 announced for the Vita and PSP [Update]