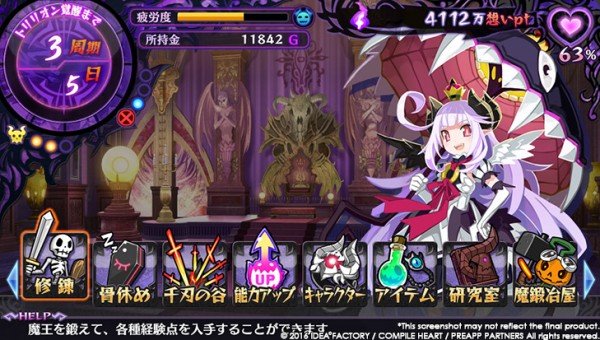 Idea Factory International has announced that they will be releasing Makai Shin Trillion in the West under the name of Trillion: God of Destruction. They have stated that they plan on releasing the PS Vita RPG in North America and Europe in Spring 2016 where the game will be available both at retail and as a digital download. For those who haven’t followed the original news on the game, this title places players in the role of Zeabolos and tasks them with defeating a god that has a trillion health points.

To do so they will be able to fight alongside six Overlord candidates that can grow stronger through forging bonds, interacting with them, and more but be careful, with battle sometimes comes painful sacrifice. Featuring over ten different endings and stats that carry over between New Game+ modes, players are encouraged to constantly take the fight to Trillion over and over again.