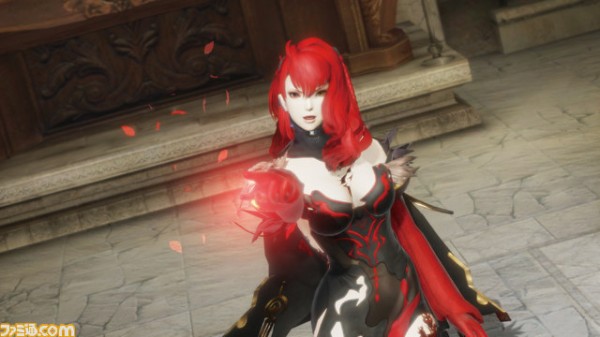 Last week we were teased that a new Deception game would be revealed soon and it looks like it isn’t an entirely new game, but an updated one. This week Koei Tecmo has announced via Famitsu that they will be releasing Deception IV: Another Princess on the PS Vita, PlayStation 3, and PlayStation 4 in Japan on March 26th.

This upgraded version of Deception IV: Blood Ties will add in new elements, a 100 quest “Quest Mode,” a new heroine named Valgyrie, new traps, and an edit mode named Deception Studio. Deception IV: Another Princess describes Valgyrie as a “nightmare princess” that humans see in their dreams and that she is also a daughter of the devil but has lost most of her power due to a long slumber. Players will encounter Laegrinna, the previous protagonist, during the Quest Mode which is a brand new story experience with Valgyrie, who will appear as a formidable enemy that will use traps against the player.